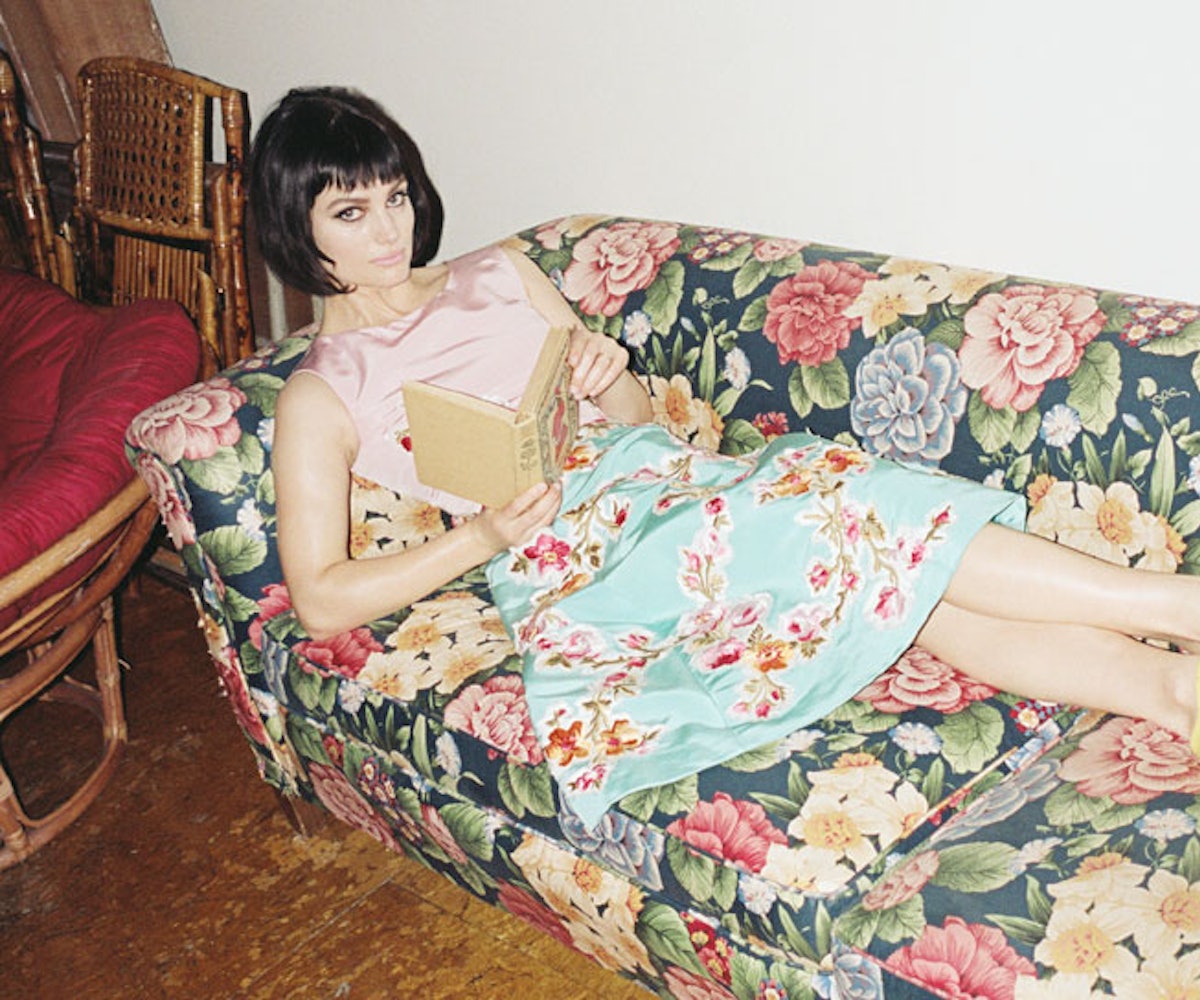 You probably recognize Alison Sudol’s face even if you can’t quite place her name: Up until last year, the dollish L.A. artist was best known by her musical project, A Fine Frenzy. After three albums and six solid years of touring, though, Sudol decided it was time to give songwriting a break. “My process was very lonely—it was me and a piano for an extended period of time, and I wasn’t very good at socializing,” she admits. On this crisp December day in L.A., however, the singer-songwriter—and of late, actress—feels far from her subdued, shy musical persona. Standing in line for coffee, she flashes me a slightly mischievous grin, then quickly throws down the kind of offer no girl can refuse. “Do you want a snack?” she asks, gesturing towards a mound of miniature cakes. “We can share it—that way no one feels bad.”

With music on the backburner, Sudol quietly enrolled in acting classes. “I wanted some balance, to try something creatively that was not fully my doing,” she later explains over a cappuccino. “I wanted to be a part in a whole.” After a year of intense training, she found that part in Kaya, a singer and love interest to Jay Duplass’ Josh on the highly acclaimed TV series Transparent. The show, which was created and directed by one of Sudol’s personal heroes, Jill Soloway, and won two Golden Globes in January, tells the story of a late-in-life father played by Jeffrey Tambor, who comes out to his family as a transgendered woman. “I think Jeffrey is completely magic,” Sudol says with a smile. “When you see someone in real life and then to watch him do what he did onscreen—he just completely transformed.”

This month, Sudol also appears in USA’s Dig, about an FBI agent (played by Jason Isaacs) who uncovers a mysterious ancient conspiracy during a murder investigation in modern-day Jerusalem. “It’s a total ride,” she says of the show. “Reading the script was like reading a great book; I didn’t want to put it down.” Still, if you ask Sudol her favorite part about acting, you’ll get an unlikely answer that also cuts straight to the core of her charm. “There’s things I avoid with music that I can’t avoid with acting,” she confides. “I’ve had a lot of experience with not allowing myself to experience certain emotions, like anger and confidence, and with acting you’re in this space where it’s safe to fully go there. You have to jump into it and it’s really liberating to be able to feel things fully in a creative setting.” In moments like this, Sudol’s transition from songwriter to actress comes across as totally organic. She lights up when she talks about favorite TV shows, complicated characters, and her musical pursuits because, as she puts it, it’s really all breaks down to storytelling. “Both with songwriting and playing a role, you’re delivering the truth of something in a moment,” she says. “In a lot of ways, it’s the same thing.”

Sudol’s currently dividing her time between auditions, new songwriting projects, and “a lot of yoga,” as well as expanding and strengthening her acting chops. “I want to go into the margins, into those moments where there’s snot hanging out of your nose and things aren’t cute and you’re not pretty,” she laughs. “I’m all for messy. That’s what I want to explore.”