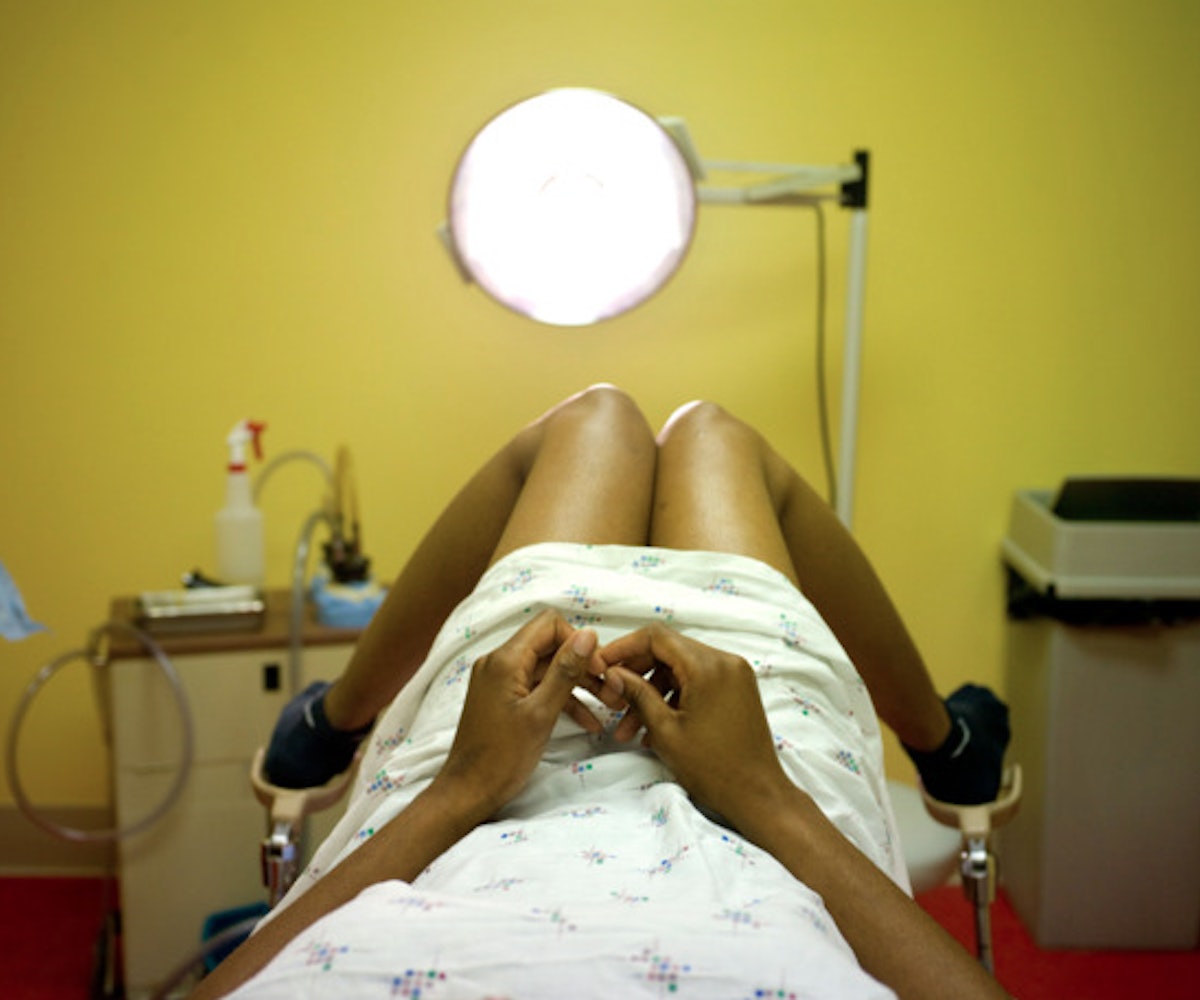 If you grow up in America, one of the things you're taught to believe is that there are no coincidences. This country's foundational mythology is premised on the idea that you make your dreams come true through determination and hard work; you get what you deserve. It's equally clever and cruel, this lie, but it's nevertheless persisted and proliferated, leading to a rancid reality, in which countless Americans feel they're entitled to every privilege they inherited, and that those who live in poverty (or suffer from addiction or never received adequate education) are similarly deserving of their lots in life. There's no such thing as the luck—or a lack of it—because, here, in the land of opportunity, luck is something you make, not something which makes you.

This American lie fuels the capitalist engine and perpetuates imbalanced, exploitative systemic problems in our country, like racism, sexism, and classism. We're taught to believe things are the way they are because hard work has gotten some people to where they are—the top of the existing power structure—and a lack of hard work has left others at the bottom. This narrative is one that is easy enough to believe, or at least accept without thinking too much about it, because it's rare that the stories of those people at the bottom are told—and rarer still that they're told from a place of, yes, empathy, but also integrity, free of the kind of "poverty porn" that has been known to happen when journalists and photographers and documentarians, all coming from mass media markets like New York City and Los Angeles, approach their subjects from an outsider's perspective.

It was a desire to tell the stories of Americans facing financial insecurity that compelled journalists Barbara Ehrenreich and Alissa Quart to launch the Economic Hardship Reporting Project (EHRP) in its current form, so that they could work to "put a human face on financial instability" by highlighting the types of American lives that are rarely seen in mainstream media. This has become more and more important as small-market journalism outlets have increasingly been shuttered due to a lack of financial support, making the stories of already underrepresented Americans even harder to find.

Over the phone, recently, I spoke with Quart about the importance of this work, and why, in a news cycle dominated by the latest outrages of the Trump administration, it's more important than ever not only to attach specific narratives to the at-times overwhelming policy decisions of the administration and of Republicans at all levels of government but also to make sure those narratives proliferate throughout the country.

We were talking specifically about Maisie Crow's Emmy-winning documentary Jackson, which shows the only abortion clinic in Mississippi as a jumping-off point to explore the battle surrounding women's reproductive health care. Crow focuses on three women in the film: April, a poor, single, black woman in her 20s, who has five children; Barbara, a wealthy, white, ardently pro-life pregnancy clinic director, who advises April to continue having children; and Shannon, a black mother, who is also the abortion clinic's director. It's a powerful film, one that's often viscerally uncomfortable to watch, so clearly does it demonstrate what's at stake by denying women not only access to health care but also accurate information about what it means to have real choice when it comes to their bodies and their futures.

Quart, along with Ehrenreich, is an executive producer on the film, and it's the perfect example of the work EHRP is doing. She said of its importance, "I call it culture jamming, which is something Naomi Klein wrote about in No Logo, but it comes from the 1960s… andit's [about] trying to get stuff in unusual places. So for me, getting [Jackson] on Showtime… I mean, I didn't do that, it was Maisie, but finding this on Showtime is one of the triumphs… the hope is to have this reach really broad audiences, and audiences that are not necessarily awake to this kind of struggle… the culture jamming piece is really important to me, because I feel like that's how we can—kind of in a guerrilla fashion—change what is part of the bloodstream of mainstream media."

While Jackson shows both sides of the abortion debate, there is no doubt upon which side it stands—but that's as it should be, and is in no way oppositional to journalistic aims. Quart said, "It's a fair but critical film. And fairness is really where we should be going… intellectual honesty rather than neutrality."

Crow grew up, she told me over the phone, "in Texas, in a conservative family, but," she pointed out, "I was still able to access Planned Parenthood when I needed it," expanded on this idea, saying, "I feel like my journalistic values and storytelling values lie in transparency, and that there's no one-size-fits-all for how to act in a situation." Further, Crow told me, "It's impossible, I think, to be objective, to begin with, but when it comes to one of my rights as just a human being, to be able to access health care—you can't report on that objectively. Like, I can't go and objectively interview someone who thinks that I shouldn't have access to health care. For me, there's no question that there's right and wrong in a lot of things, and this is one of them, and it's a matter of being fair, and fairly showing what's happening on both sides."

And by fairly showing what's happening on both sides, you quickly realize how there's nothing fair about what's going on: In Mississippi, Governor Phil Bryant is doing everything in his power to make sure that an abortion is all but impossible to obtain within the state. He's supported by wealthy men and women, like Barbara, who are doing everything in their power to strip women of their reproductive choices, and then abandoning them once those children are born.

For those of us who live in states where our reproductive rights are not under the same kind of assault, or even those of us who do live in those places but are protected by enough economic privilege to get access to adequate health care anyway, Jackson is essential viewing, and it's no coincidence that it was told by someone who comes from a place where her own privilege allowed her to transcend the anti-woman legislation and policies that surrounded her.

As Quart told me about Crow, "I don't think it's an accident that she's not a traditional New York documentarian. I mean, it's possible for someone like that to represent these people with the kind of grace that she does, but I think also, part of it is she knows their vernacular. I just think [Jackson] is part of what you see when you start getting out of these, you know, Beltway-New York-L.A. reporters and you start to engage with people who've grown up differently and have very intimate relationships with these places."

And, if the result of that is a film—or an article or a series—that reveals the many ways in which poverty, racism, sexism, and the capitalist agenda conspire to keep millions of Americans in an impossible situation that is most definitely not of their own making, that is simply a question of being born in the wrong state or the wrong gender or without enough money, then it is clear that there is a real urgency for stories like this to be told. Forget about millennials killing the mayonnaise industry, it's time to hear about how the government doesn't care if a huge part of America lives or dies.

If you'd like to support the Economic Hardship Reporting Project in the work they do, you can donate here.

Jackson is streaming on Showtime.

NEXT UP
Entertainment
FLO Is Headlining Their First US Tour This Spring
Entertainment
Harry Styles Is Performing At The 2023 Grammys
Entertainment
Raye Explicitly Speaks Her Mind On Debut Album, ‘My 21st Century Blues’
Entertainment
Annie DiRusso Makes Indie Rock For Your Growing Pains
Style + Culture, delivered straight to your inbox.