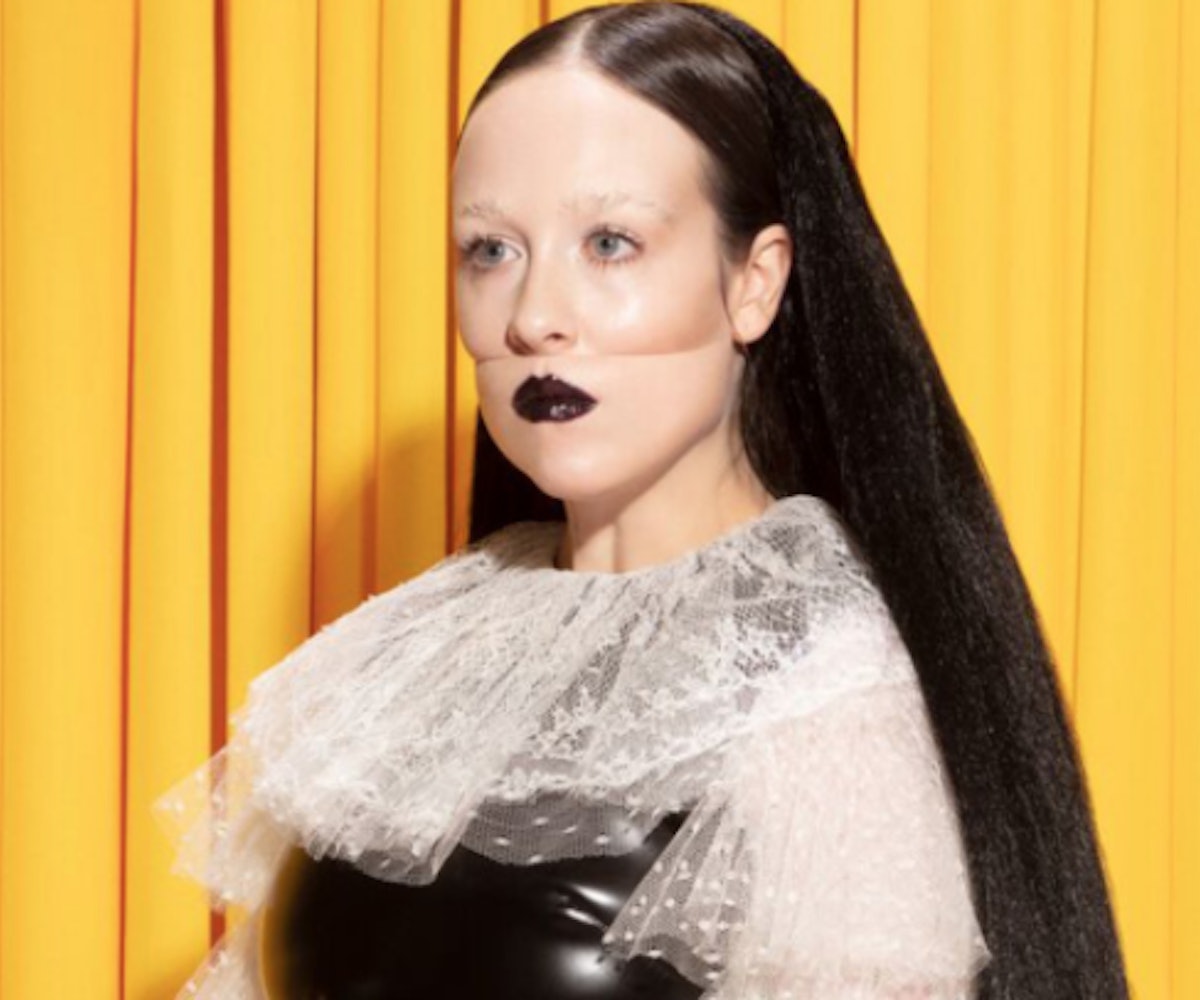 Allie X isn't your average pop star. But then again, she never really wanted to be in the first place.

Originally hailing from Toronto, Allie X moved to sunny Los Angeles five years ago to pursue a career in songwriting, chasing her musical dreams via her dark, off-kilter productions. And though she started off as one of alt pop's most enigmatic figures, she's begun peeling back the protective layers and allowing people a small glimpse into her life. The result of this all is her most open effort yet, a semi-fictionalized account inspired by falling in love and her life amidst all the L.A. glitz and glamour. However, don't expect pure candor from Allie X's surreal new album, which she maintains still contains elements of extreme exaggeration, playing on L.A.'s own reputation of over-the-top artifice.

Read our interview with her about the making of Super Sunset to learn more about letting her guard down, pop culture's recent obsession with queerness, and what she thinks of all those Gaga comparisons, below.

Tell me a little bit about Super Sunset—what was that writing process like?

As opposed to some of my older records, this one is very easy to sum up in one sentence: It's about my last five years living in Los Angeles. So I've taken all these experiences from that and exaggerated them—given them characters. But, I've made it very surreal—almost as if someone was like, "Here's a million dollars, go make a Hollywood movie of your Hollywood story.” So that’s why it’s called Super Sunset. I think it tells the tale of how I've really felt, which has been very up-and-down, extreme, and exaggerated… But everything is based on experiences that I've had.

[There’s two themes]. One is about “making it,” like, how I tried to navigate this industry. But how that can be kind of dehumanizing and how I feel that it’s changed me. And then the other main thing is that I fell in love, unexpectedly. So it's just kind of this thing where I’m in super plastic-y L.A. trying to make it in the entertainment business thing [juxtaposed with this] real, authentic thing that surprisingly, somehow, came from this very soulless city.

I'm also just a really sensitive person, and I know a lot of people out [in L.A.] that feel very settled there. [I don’t know if that’s all for me though], like there are things about it that I totally love like the weed, the climate, [the food]. I love going to the ocean, I love swimming in the ocean, I love the hikes.

People think I'm like a goth, or a witch, or like a total weirdo, but then I'm also just a normal white girl in some ways.

As someone who has worked for so long to defy categorization in terms of their artistic style, it's interesting that people will still label you as XYZ.

Yeah, and I mean, it's like, if you're talking about any artist, you're like, “She's a combination of this and this...” Like, I get Gaga all the time. I've gotten like Grimes or Carly Rae [Jepsen]. It's sort of like all over the place, because I think there's definitely a darkness in my work, but I also have a very queer demographic, and a lot of songs are super upbeat. It's not like Banks or something.

In the beginning, you started out your career as kind of this total enigma, and it's slowly just kind of been unraveling since. Was that intentional or were you kind of just getting tired of it all?

Both. I think it's all been pretty natural. Like, when I put out “Catch,” I was really nervous to share anything about myself. So it wasn't so much like this is a cool way to get attention, it was like I didn't want to show my face. I didn't want to say too much about who I was or where I was from or how old I was. But as I've gone on… You start to develop a relationship with the people that support you. You have dialogue with them, and you start joking around, and it's almost like when you're making friends, you just get more comfortable. I definitely just feel way less guarded now. And also, the whole point of the Allie X project has been to find my truth. To find the X, to solve the X. So, naturally, I have been learning a lot more about myself and, [as a result], revealing more.

So when you reach like the pinnacle of enlightenment, Allie X is done?

Yeah, the X will be gone. It will just be Allie.

Now that anonymity isn’t as big of a part of your artistic identity, are you ever hesitant to put a lot more of yourself out there?

I probably can't revert [to old Allie X]. I mean, you can you just stop putting out music and people stop caring, but then everyone on your team will probably be like, “You gotta go do Vegas show,” or “You gotta put a record out, because we gotta get paid.”

Switching gears, I know a lot has also been written about you as an ally, but are you worried about overstepping your boundaries?

I am worried. I'm a straight girl, and I never want my queer audience to feel like I'm using them. Lately, I've been really inspired by drag makeup and have been doing a lot of stuff like that, but I do worry that it'll be misinterpreted as me appropriating gay culture. And that’s the last thing I want to do.

For me, [queer spaces are] just where I feel comfortable. These have always been my friends, and I just feel like I'm a part of it. But, again, I haven't endured the struggles that a queer person has. I've seen it, up close, but I've never been bullied for it… I'm like doing my best to be very sensitive about it, I guess, because I would hate to come across that way.

I haven't had any fans—at least that I've seen—tell me that what [offends them] or anything. Everyone seems to be enjoying my sort of expression, but I do feel like it's bound to happen if I get really big, because that's just what always happens when people get big. They just get criticized for whatever… I feel okay as long as I'm aware though. And if I ever start getting the feedback of like, "You taking this element of our culture and branding yourself with it's not okay”—I would take it very seriously.

It’s weird though, because I feel like so many pop girls now are like, "I love my gay fans," but they don't know anything about the culture.

Yeah, like the fact that queerness has become this quote-unquote cool, trendy thing to capitalize on is sus.

I know, I totally have all the same sort of feelings and reservations about it all. [But I also think] it's okay that it's becoming trendy, because it just gives everyone way more opportunity and visibility. But, yeah, it can be a little like, "Where were you, like, 10 years ago, everybody?"

Super Sunset is out this fall.