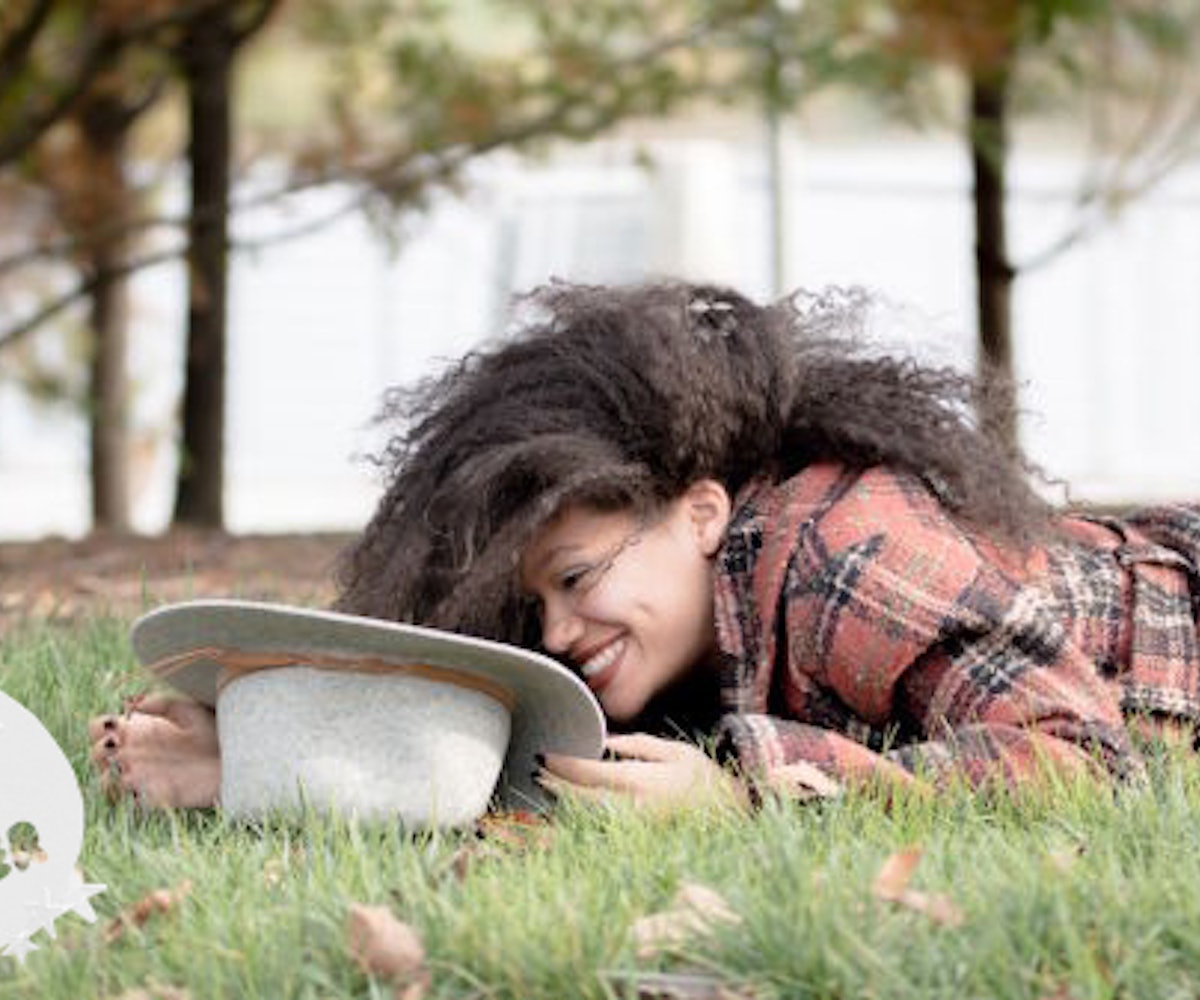 The first time that I came across Alysia Harris' work, I was sitting in the grass in the middle of Versailles. My friend and I were too exhausted to walk any further, so we stopped in our tracks and decided to take in our surroundings. She said something along the lines of "I have the perfect soundtrack for this moment," and pulled up the audio recording of Harris performing "Paris in the Rain." The New Haven-based scholar has been writing poetry since she was 10 years old. Harris graduated from the University of Pennsylvania with a degree in linguistics and went on to receive her MFA in poetry from NYU. In 2008, she was featured on the HBO documentary Brave New Voices.

Now at the age of 27, Harris is currently a PhD candidate in linguistics at Yale University as a Bouchet Honor Society Graduate Fellow. She has performed all over the world, even in front of the United Nations. Last year, her first chapbook How Much We Must Have Looked Like Stars to Stars won the 2015 New Women's Voices Chapbook Contest—the collection is expected to be published in July 2016 via Finishing Line Press.

Harris can be categorized as a poet, performance artist, and linguist, but everything she does revolves around the same principles. Through her work, Harris aims to discuss issues regarding spirituality, sexuality, women's empowerment, and racial/cultural reconciliation. She is fully committed, invested, and dedicated to preserving her craft.

Learn more about how Harris honed her craft in the interview, below!

How did you get started writing and

As a child, I was most fascinated by language and would scribble stories about

and imaginary friends in my free time. At 10, I wrote my first poem after hearing about William Shakespeare in English class. I was sold. I learned what a sonnet was and it was game over. This was what I knew I would be doing for the rest of my life. After high school, I went to The University of Pennsylvania and joined the spoken word collective the Excelano Project. No lie … we were the shit. In my time there we won three national titles and came in second twice.

After graduating, some friends and I started

. We performed nationally and internationally, and that was such a great platform for a number of years. When I was younger, even as recently as two years ago, I only saw myself as a poet. But over time I’ve come to believe more and more in the principles underlying poetry and what it can do for people, communities, and even corporations: principles like transparency, compassion, deep listening, self reflection, and communal unity. I see myself now as a creative consultant and an empathy broker who also tries to write good poems.

With skill, professionalism, and integrity. In general as an artist people tend to take what you do and therefore you, less seriously. Add to that being a black woman and people want to speak down to you, donate your work for free, all sorts of foolishness. CEOs will stand you up for meetings and expect you to be grateful they called to reschedule. Well, I take the opportunity to inform them that this treatment and behavior is unacceptable and inexcusable. I do this because I know my worth as an artist and as a human being. I look at what I do not just as a job but as a call and a purpose. I treat performance and advocacy with a deadly sobriety because my work is the answer to the question of what I want my life to be about. I want my life to be about empowering folks, especially women of color. It’s not about the money or the fame. It’s about the people.

odds or broke a barrier?

I don’t know. I think that story lies more with my parents than with me. I grew up upper/upper-middle class. I went to the best of schools. I was naturally smart and my parents made me study hard. Going to an Ivy League school was just the next step. That wasn’t a barrier. Getting a PhD has been tough emotionally more than anything but again, not really a barrier. I’ll say my mother broke barriers though. She grew up relatively impoverished in the '70s. She went to college, landed a government job and is now the only black woman at an SCS position in the Bureau of Labor Statistics. She deals with hell on earth every day from folks who are sexist and racist and don’t even know it. The fact that she is still there holding it down: That’s a story of breaking barriers. My father was one of 12 and grew up in poverty in Pittsburgh. My dad was bright, graduated a year early from high school and got accepted to Princeton but couldn’t afford to go. He went to Bates College up there in New England and the culture shock was so severe he dropped out. The military was his saving grace. He had a successful career in the service and now lives in his dream house. Those are stories of overcoming odds. All I had was inherited opportunity that I capitalized on.

Over time. I went to a wealthy, predominately white high school. I knew I was different from most of the kids there but couldn’t necessarily put my finger on what that difference was. As a senior I began to realize the difference was race and an orientation towards justice. I picked the college I went to because it had a close-knit black community, and there I took the time to learn about and celebrate my blackness. It’s something that I now treasure as one of the most sacred parts of my identity and it’s a God-given responsibility to nurture it and correct all the lies I once believed about it.

When I was a kid, I looked to mythology for inspiration. I wanted to be great like the grand heroes, King David, Perseus and Odin, Enkidu and stuff… You know, Xena, basically. These were largely white, largely male figures. But they were who I had. I wanted to give my life in the service of something greater so mythology and also the Bible were places where I could find characters to emulate. Now I have to say that it’s basically the same. The character of God inspires me now more than anything. Also low-key Chip and Joanna Gaines from the show

. I also look up to Malcolm London a lot too. I find inspiration in times of the day and places more than I do in things or activities: beautifully designed buildings, wide open plains, the eastern light that comes in the French doors in my living room during the morning hours, old cities with cobbled streets, markets where all you can smell is cumin. Those places inspire me.

NEXT UP
Culture
The 2023 Oscar Nominations Full List Is Here
Culture
Tomorrow! Is MTV Unplugged For What’s Cool In New York Now
culture
Anna Delvey Is Getting A Reality TV Show
Entertainment
Bad Bunny, Lizzo, Kim Petras Will Perform At The 2023 Grammys