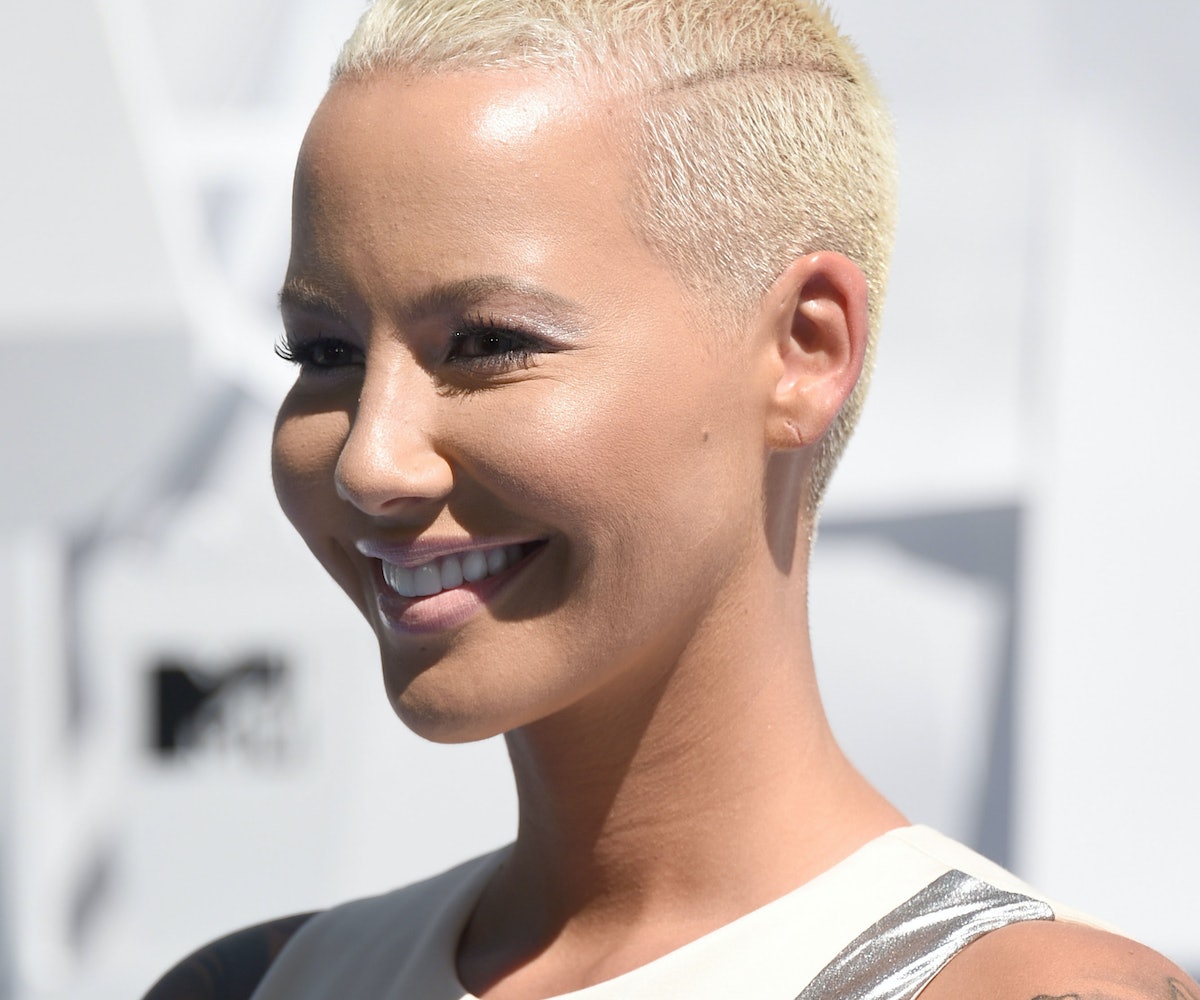 This year, Amber Rose used the power of her social status (and following) to implement serious changes in the real world. She started by hosting a Slutwalk in L.A. to raise awareness about sexual violence, gender inequality, derogatory labeling, and victim blaming. Now that she refuses to be silent, Rose is taking advantage of every opportunity to tell her story. In a recent interview with MTV, she talked about the first time she was sexually assaulted in the seventh grade at her South Philadelphia middle school. "This boy stuck his hand all the way up my skirt. I was sitting on the edge of the stage in the auditorium, and he sat down next to me and put his hand up my skirt," said Rose.

As most children are instructed, Rose immediately reported the incident to an authority figure—her principal. Surprisingly, she was met with criticism regarding the way she was dressed instead of the boy being held accountable for his actions. "I told her that I felt extremely violated. I couldn’t believe that he had touched me like that. And she blamed me. She said, 'You shouldn’t even be wearing a skirt like that.' Obviously, in the seventh grade, my skirt was not that short—but even if it was, that didn’t give him the right to shove his hand up my skirt."

Unfortunately, we know that Rose's example is not an isolated incident—it happens to girls everywhere all the time. Hopefully, more schools will take sexual assault cases on their premises seriously and enforce proper punishments for the offenders. A warning doesn't cut it. These boys need to be disciplined. Nobody deserves to be treated this way, especially in a learning environment where everyone is supposed to be safe at all times.