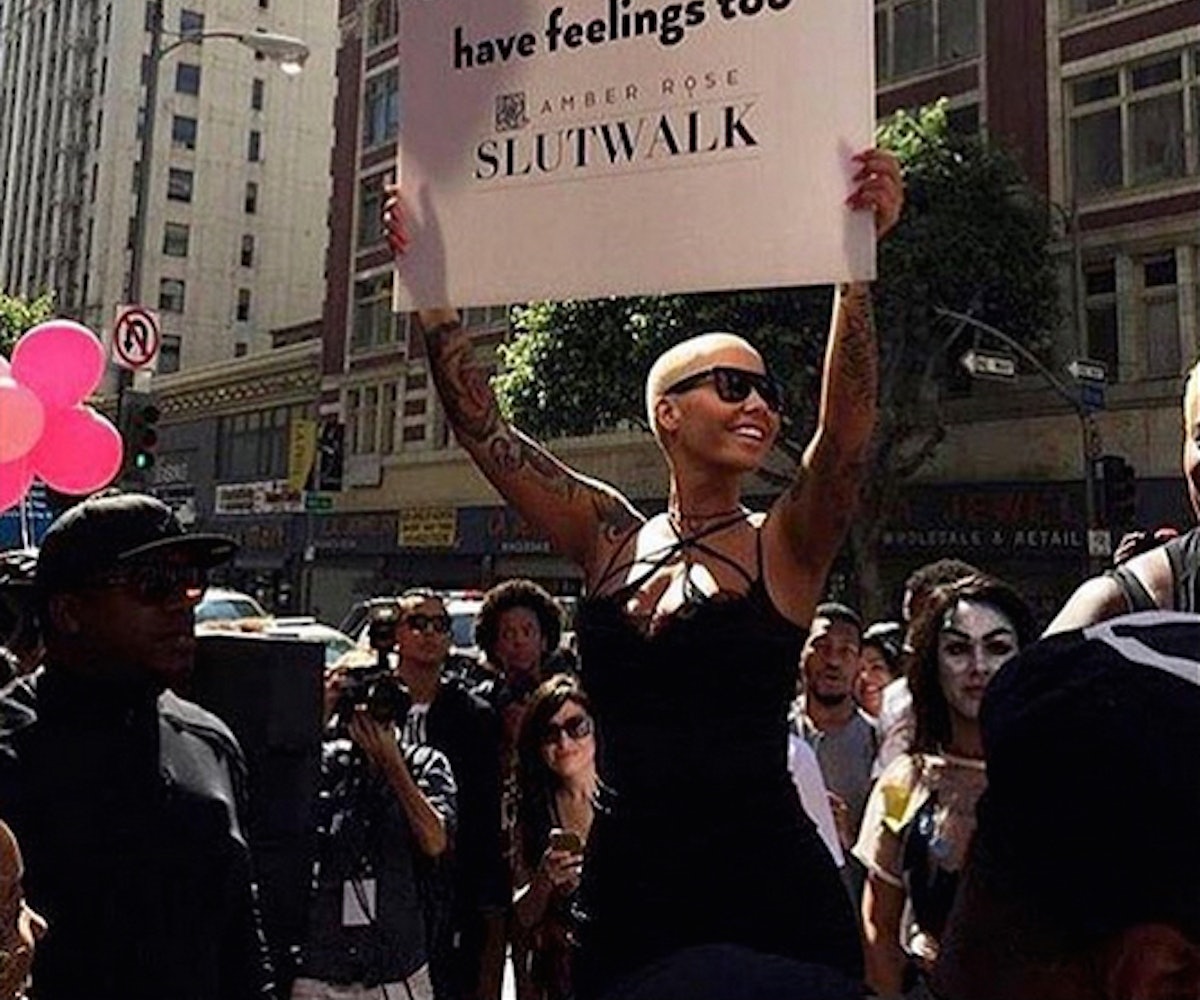 photo via @amberrose on instagram
by erin lukas
Oct. 4, 2015

Amber Rose's Amber Rose Foundation held its first ever SlutWalk in downtown Los Angeles Saturday, October 3. Its goal was to bring awareness to the "outrage toward issues of sexual violence, gender inequality, derogatory labeling and victim blaming" women experience daily around the world.

Rose was inspired to organize the event after some very uncalled for public shaming from Kanye West. Back in February, while talking about his relationship with Kim Kardashian on Power 105.1's radio show The Breakfast Club, West said, "It's very hard for a woman to want to be with someone that was with Amber Rose...I had to take 30 showers before I got with Kim." (Rose's mother  inspired by the remarks that read "Fuck Yo 30 Showers!")

Rose's Walk further builds on this movement by aiming to stop the shaming that women experience based on their life choices—be it career, wardrobe, or sexual activity—because despite whether or not you would live in the same way, it shouldn't change how a woman is treated compared to other women, or how deserving she is of being loved.

It seems that a lot of people agree. The foundation launched a GoFundMe page to coincide with the Walk, and as of Sunday afternoon, has raised $55,809 of its $65, 000 goal.