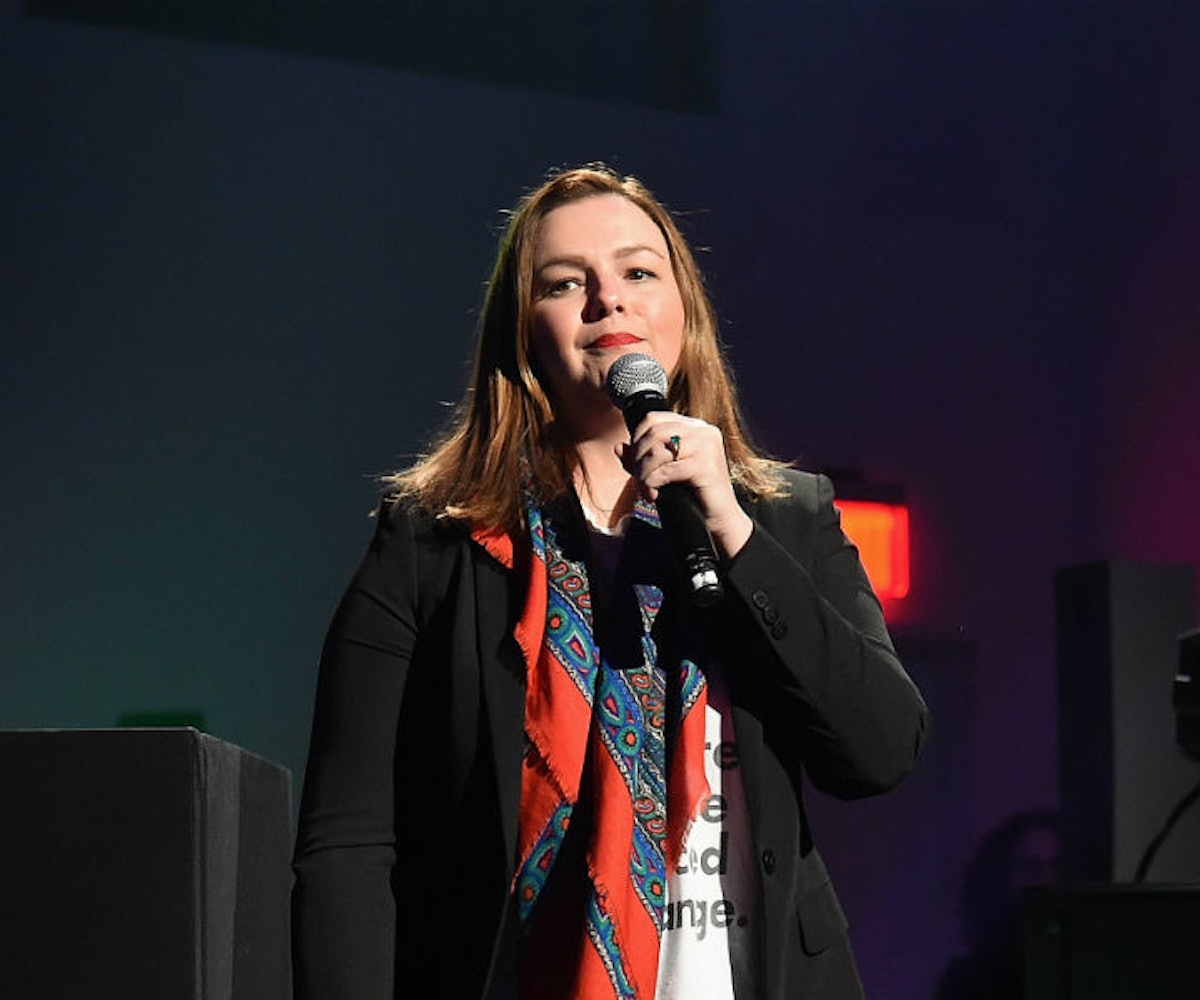 A couple of weeks ago, representative Maxine Waters called on protestors to confront Trump administration staff in public over the inhumane “zero tolerance" immigration policy. This didn’t sit well with a couple of people: those on the right, President Donald Trump, and apparently, Amber Tamblyn. The actress took to Twitter to share some thoughts on Waters. Or rather, what she thinks she should be doing better.

People swiftly came forward to critique Tamblyn’s criticism of a black woman, one who has been working to better the lives of the marginalized for years. “It’s very much not your place to hold a Black woman ‘accountable’ for not endorsing another woman of color,” one user wrote. “It comes off incredibly patronizing.” Taking in the backlash, Tamblyn responded: “I hear you. Thanks for this perspective.” Another person suggested Tamblyn write Waters instead of calling her out publicly, especially given the fact that she’s received so many death threats as of late that she’s had to cancel appearances. To that, the actress replied: “This was only meant to discuss the topic of who politicians endorse. I wish more democratic women would get in front of women who are trying to unseat sitting democratic men who don’t belong on their thrones anymore.”

Others pointed out the irony, seeing as Tamblyn’s own husband, Arrested Development star David Cross, was accused of being racist and sexist just last year.

Someone should send her some helpful tips on how to be a good ally. Because this isn’t it.