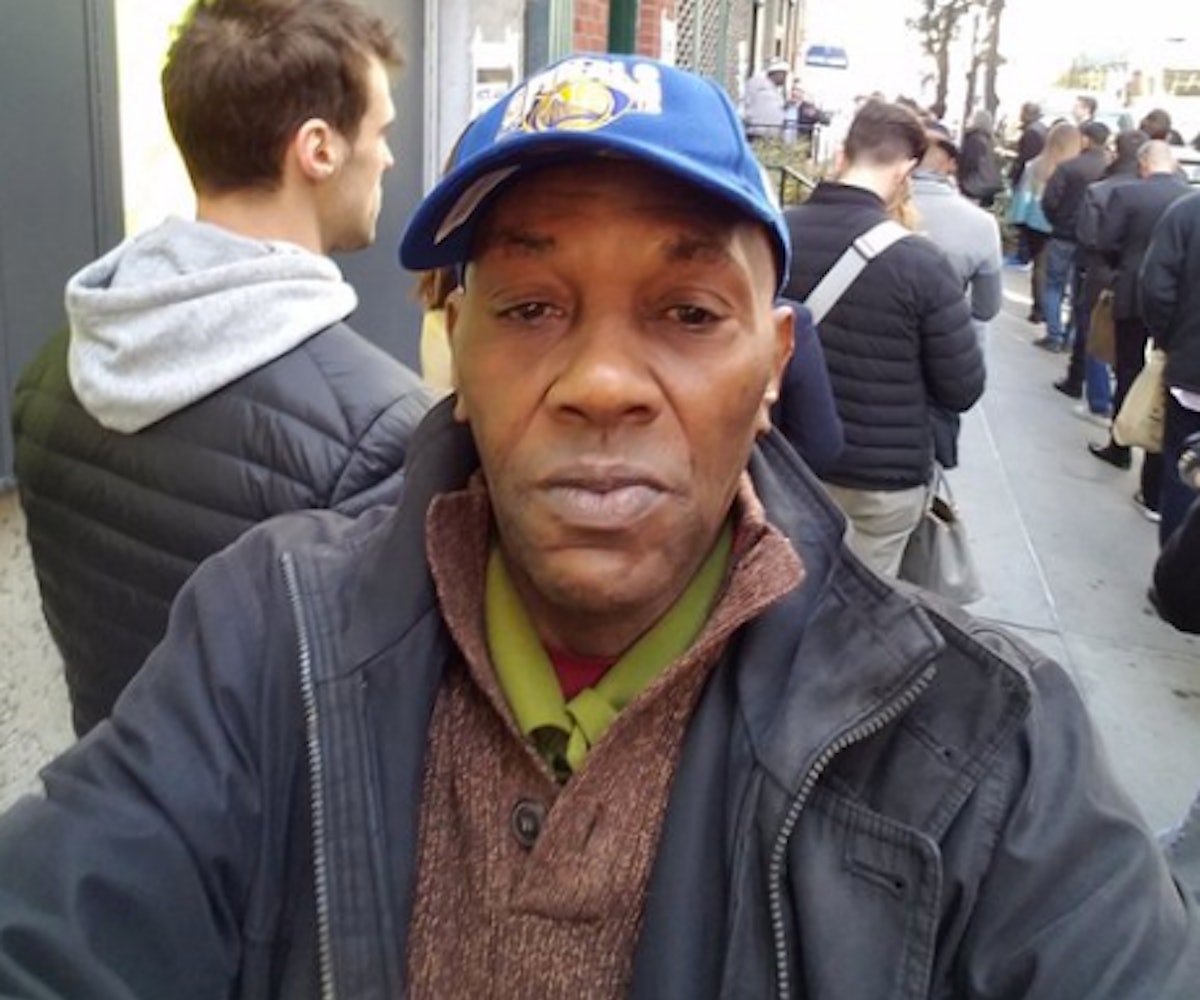 Last weekend, 28-year-old James Harris Jackson traveled from Baltimore, Maryland, to New York City, for the express reason of killing black men. He succeeded. Just after 11pm on Monday night, Jackson approached 66-year-old Timothy Caughman and stabbed him with a 26-inch sword he'd brought with him for the task at hand. Jackson fled the scene. Caughman made his way to a nearby police station; he was taken to a hospital, where he was pronounced dead. Jackson surrendered to police late last night, and is currently charged with second-degree murder, though police told the New York Times that "they wanted to upgrade the charge by classifying it a hate crime."

Coverage of this horrific crime was dwarfed by yesterday's terrorist attack in London, which left three victims dead along with the attacker, Khalid Masood. At the time of the attack in London, Jackson was still at large, and it had already been widely reported that he had come to New York with the intent to kill black men, because, as a police source said, Jackson "had a particular deep-seated hatred for black men romantically involved with white women." That Jackson, who also can be seen on video surveillance following another black man around city streets, did not harm or kill anyone else is fortunate. But that Jackson, as opposed to Masood, is not being described as what he is—a terrorist—is simply ludicrous.

When Jackson came to New York City to commit his crimes, he did so because New York is "the media capital of the world." Jackson wanted the terror he inflicted on a specific population of people to be noticed; he wanted attention so that he could sow fear and panic in his targeted populace. There is no difference between his motivation and that of someone like Masood, who is presumed to have gone on his deadly rampage to terrorize the people of London. And yet Masood is called a terrorist, and Jackson is called a white supremacist as if that's something distinct from a terrorist.

The resistance toward calling white supremacists terrorists does a huge disservice to the people they target and prevents our society from solving this national, systemic problem. The first step toward solving a problem, after all, is naming it, and by refusing to do things like name Jackson a terrorist, we risk minimizing the damage that he and people like him cause in our country. It is precisely because white supremacy is not called terrorism that people like Breana Harmon Talbott can falsely accuse three black men of assaulting her and immediately become a talking point for right-wing pundits. Talbott traded in on long-standing prejudices, deepening some peoples' beliefs in the white supremacist cause and further terrorizing an entire demographic. This has to stop, but it won't if we don't all recognize white supremacy for what it is—terrorism—and call it by its rightful name.

Until that happens, men like Caughman, who just a few months ago tweeted from the voting line that he loved America, will continue to be unjustly terrorized by a country that doesn't love them back.

NEXT UP
Life
Jennifer Coolidge Checks Back Into ‘The White Lotus’
Entertainment
Timothée Chalamet Stars In Dark & Dreamy 'Bones And All' Trailer
Entertainment
YDE On Her EP, Lady Gaga & Making New Short Film 'Send Help’
Entertainment
On ‘Cool It Down,’ A Spitfire Band Matures