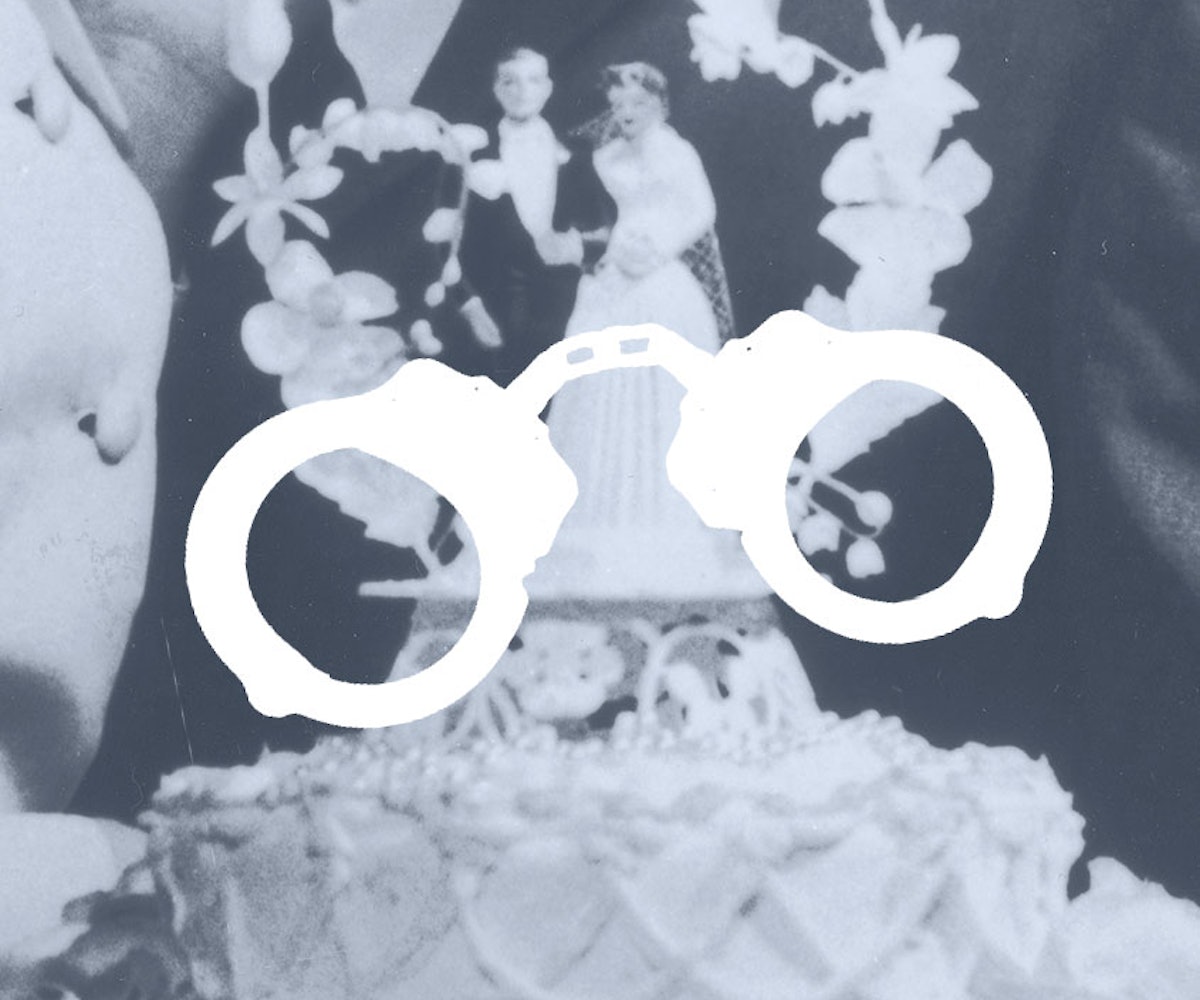 In the United States, marriage laws vary from state to state. While most states maintain a minimum marriage age of 18, there are exceptions and workarounds that make it possible for younger men and women to enter into a union. Unfortunately, as a new op-ed in The New York Times indicates, child-marriage is a major, often-ignored problem in America.

As the article's author Fraidy Reiss, who serves as the executive director of Unchained at Last, a nonprofit that helps women and girls leave or avoid arranged and forced marriages, writes, "3,499 children were married in New Jersey between 1995 and 2012. Most were age 16 or 17 and married with parental consent, but 178 were between ages 10 and 15, meaning a judge approved their marriages." Of these figures, which were derived after analyzing retrieved health department data on the ages of couples married in New Jersey, 91 percent of these children married adults, "often at ages or with age differences that could have triggered statutory-rape charges, not a marriage license." An astonishing 90 percent of those who were married under 18 were girls.

The story indicates that there are two main ways to approve a union for a person under the legal age. The first is to obtain parental consent ("Of course," Reiss writes, "one person’s 'parental consent' can be another’s 'parental coercion,' but state laws typically do not call for anyone to investigate whether a child is marrying willingly."). The second is for a judge to approve of the marriage, which in theory could allow a person of any age to be married in most states.

"Based on my own experience working with forced-marriage victims across the United States, I am sure many of these children had to marry against their will," Reiss writes. To support and expand on this idea, she cited a 2011 survey by the Tahirih Justice Center, that states that it "confirms that forced marriage is a problem in the United States today" and shows that there were as many as 3,000 known and suspected cases of forced marriage between 2009 and 2011. She also points out that only 10 states have specific laws that work to stop forced marriage and enforce against it.

While the piece is not investigative in nature, it does expose the fact that child marriage is indeed prevalent in the United States, and not just in other regions of the world, and legislation must be put in place to prevent children from entering into coerced marriages.

Read the full piece over at The New York Times.

NEXT UP
Astrology
Get To Know Sagittarius, Astrology’s Wild Child
Culture
Kim Petras Defends Working with Dr. Luke (Again) As Kesha Trial Approaches
Entertainment
Red Velvet's "On A Ride" & 9 Other New Songs Out This Week
Culture
An Exhaustive Breakdown Of The Balenciaga Controversy