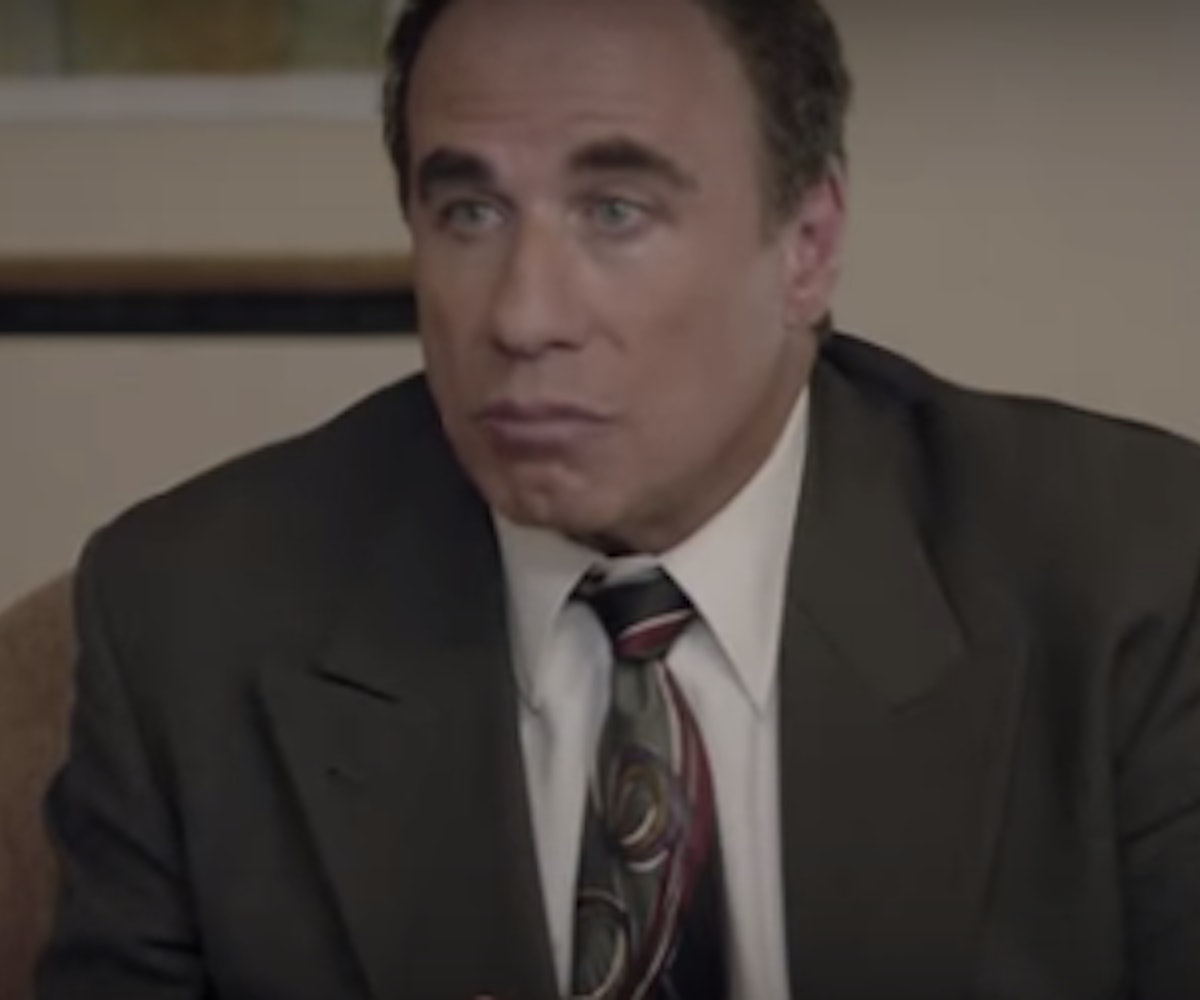 If the names Judge Ito, Johnny Cochrane, and Marcia Clark don't ring a bell, you were probably born just before or well after 1995, the year the O.J. Simpson murder trial gripped an entire nation. It also means that you'll be watching Ryan Murphy's upcoming anthology series with fresh eyes, and frankly, we're a little jealous. American Crime Story: The People v. O.J. Simpson will recreate the Trial of The Century, with Cuba Gooding Jr. as the football legend on trial for double murder, and John Travolta and Sarah Paulson as the warring litigators who will help decide his fate. Not much is revealed in the four new teasers released today by FX, a completely transformed Travolta as Simpson's lawyer, Robert Shapiro. And even though we know how this one ends, it will be fascinating to be transported back to a time before scandals played out on Twitter and TMZ. Young or old, this one looks like essential viewing.