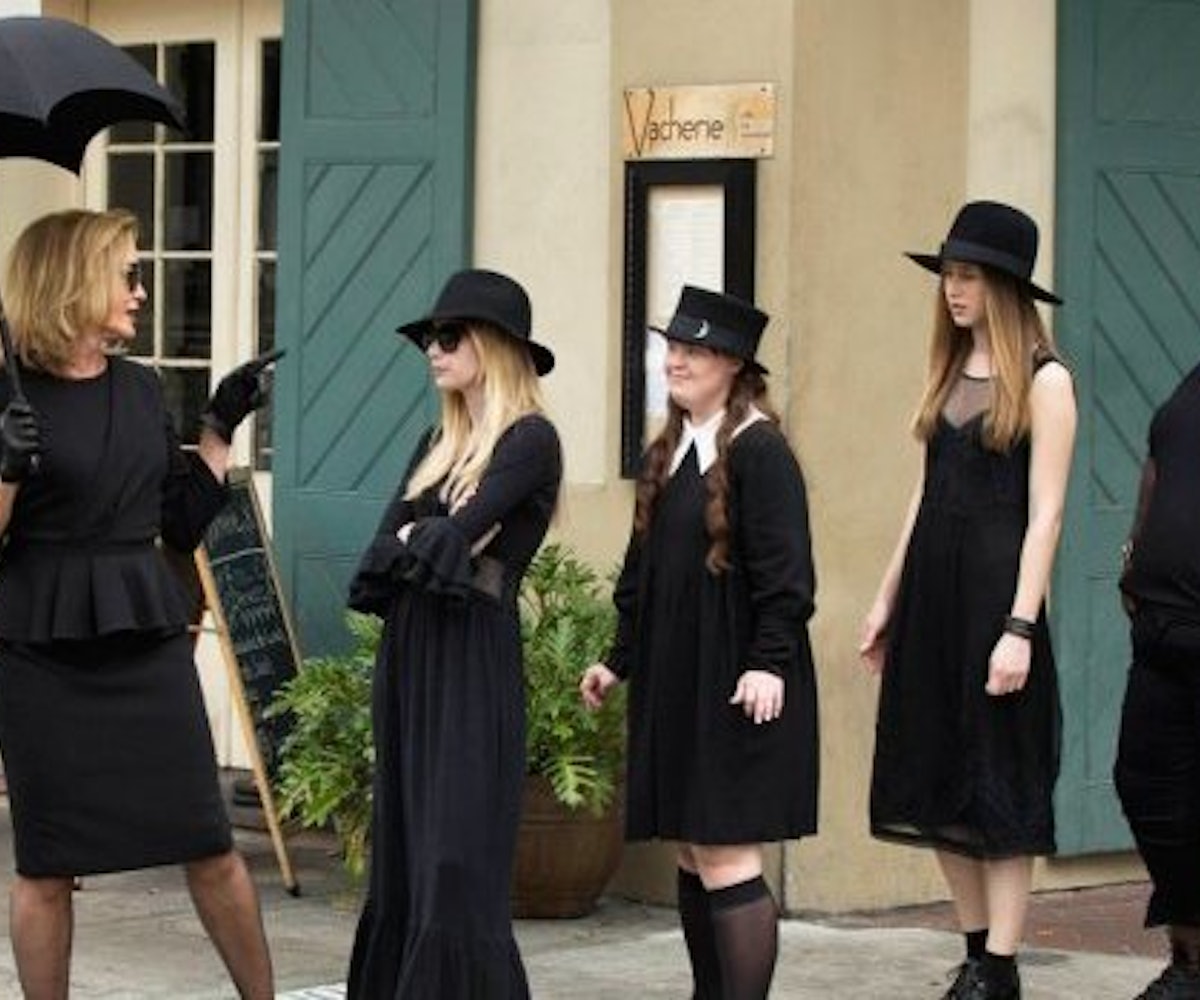 Ryan Murphy sent the internet into a tailspin with his announcement that the eighth season of American Horror Story is coming a lot sooner than anticipated. That's right, yesterday, the franchise mastermind took to Twitter to let fans know that the highly-anticipated Murder House-Coven crossover season will be ready later this year.

"The Coven/Murder House AHS crossover season won't be happening next year... because it's happening THIS YEAR," Murphy wrote. "AHS #8 WITCHES RULE THIS SEPTEMBER."

This official announcement comes almost two years after Murphy first spoke about potentially merging the worlds of AHS Seasons 1 and 3. However, it's still unclear how exactly the series will mash up the series—though it seems that all the key players from AHS' most recent season are down to return. According to The Hollywood Reporter, Sarah Paulson, Evan Peters, Kathy Bates, Cheyenne Jackson, Billy Eichner, Adina Porter, and Leslie Grossman will join "new face," Joan Collins, in the forthcoming series. Speaking at an Emmys panel back in January, Murphy revealed that Season 8 will take place in the near future ("18 months from today") and that it will not necessarily be "as real and grounded as the past season. We’re sort of getting back to Asylum and Coven. That’s the tone of it."

Filming is reportedly set to begin around June 16.