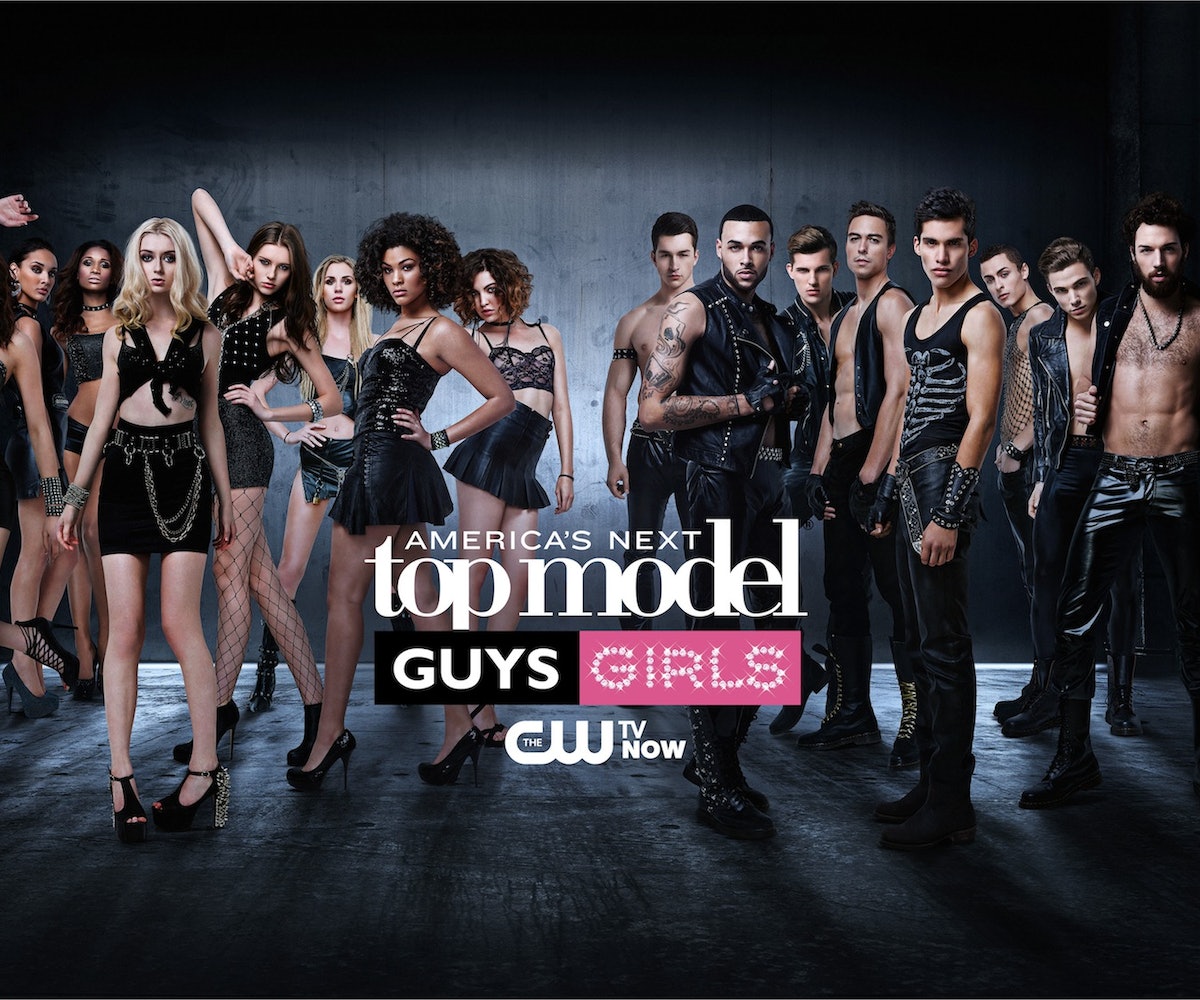 The 20th season (!) of America's Next Top Model kicks off tomorrow night and it's the first season to pit girl models against their male counterparts. We're hoping for lots of couples shoots resulting in love affairs and/or awkward tensions and some good old fashioned guys vs. gals rivalries. (Girls rule, boys drool!)

To help out the ANTM newbies, we compiled a list of tips we've gleaned from the past 19 seasons of the competition that will aid them on the way to the win. May the best model win!

1. DON'T PANIC ABOUT YOUR MAKEOVER: Thou who panics shall receive the most dramatic makeover. The mark of a good model is being able to transform–just look at Tyra Banks. She's had about every hair style and color, and still works it.

2. BE THERE TO MAKE FRIENDS: There's always the contestant who's motto is, “I'm not here to make friends, I'm here to win.” Guess what? They never win. Being distant from your fellow models only leads to tension and resentment. You gotta keep your friends close…

3. BUT DON'T GET SIDETRACKED: …But not too close. Models who forget about the competition and focus on hanging out with their homies are bound for a tough ride.

4. PRETTY ISN'T ENOUGH: Kate Moss isn't only famous for having cheekbones that could cut glass; she's at the top of her game because she is versatile and has a fun personality. Nobody is interested in a boring girl, even if she's the most beautiful.

5. BUT NEITHER IS WEIRD: Contestants must be careful not to veer off the deep end. Acting a fool or having a quirky personality will get you noticed, but you need to have the moves to back it up to win.

6. FIGHT YOUR FEARS: It's indisputable that there will be a scary challenge each season, whether it's posing with a cockroach or on top of a skyscraper.

7. NEVER, EVER STEAL ANOTHER GIRLS GRANOLA BAR: We all know how that ended!

8. OBVIOUSLY YOU HAVE TO TOOCH AND SMIZE: What were you, born yesterday? The best way to impress the judges is to have your smizing and tooching down pat–they'll think you're a good model and they'll know you're a fan. It's guaranteed success.

Get your typing fingers ready for tomorrow's #FierceFriday live chat on Twitter with Kelly Cutrone and Byranboy live tweeting 30 minutes before the East Coast premiere at 8pm/7pm central and Tyra Banks and Johnny Wujek joining in for the West Coast premiere!