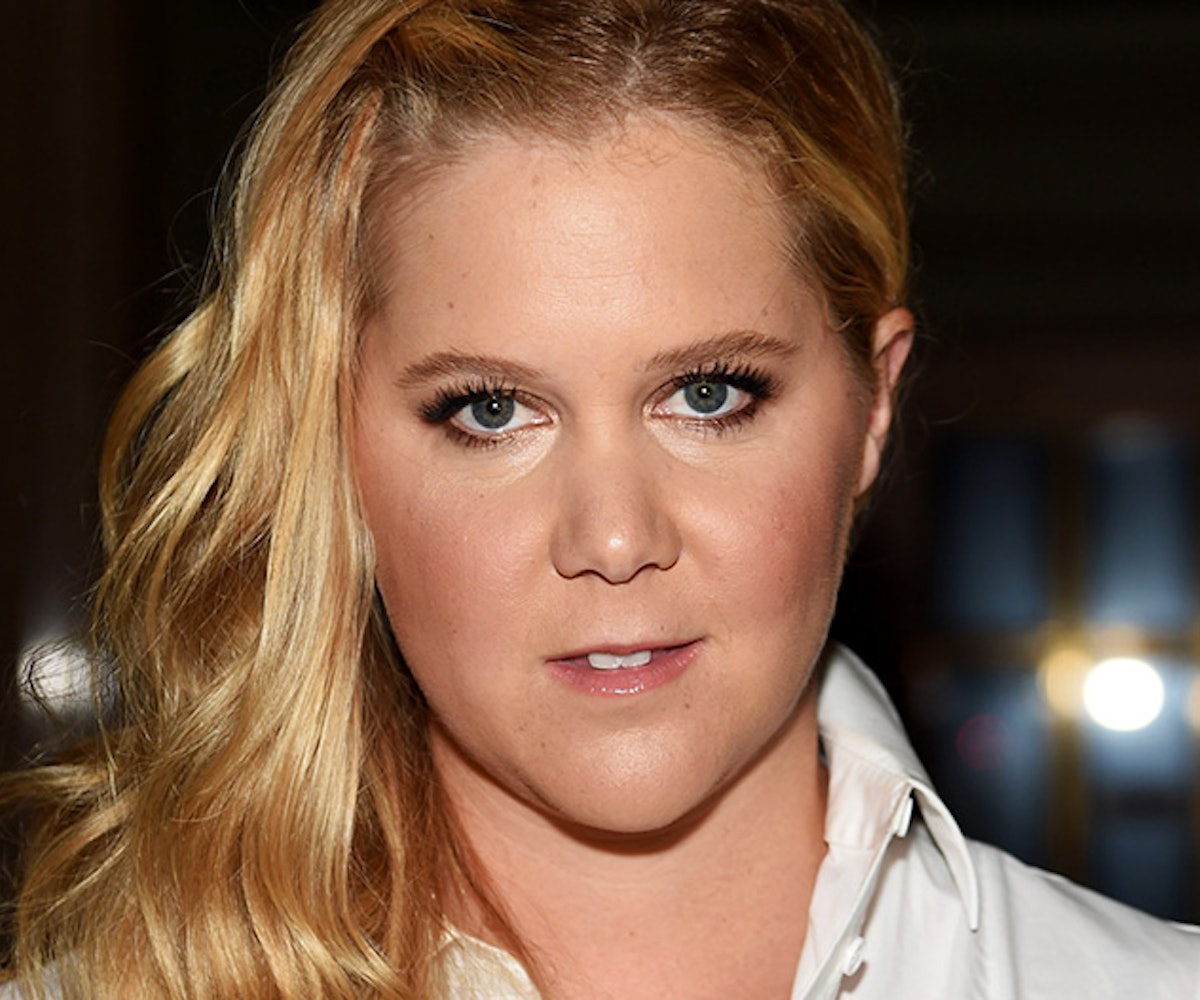 Amy Schumer’s media reign just won’t let up. With an Emmy under her belt and super-hyped HBO special coming up, the comedian’s influence is far from being felt. Though we’ve come to expect her to bring the laughs, Schumer’s most recent interview brought the waterworks.

During an interview with Maria Shriver on The Today Show, Schumer shed a few tears when speaking on her history of body-image issues.

“It’s an emotional thing. It’s been a struggle for me my whole life, and especially just being in the entertainment industry,” she said. “Standing on a stage in front of people, I can’t perform my best or be confident if I’m not sure—if I’m pulling at something [I’m wearing]. And sometimes, I would just want to throw in the towel and be like, ‘I’m not gonna go do stand-up tonight.’”

She went on to explain how her Trainwreck stylist, Leesa Evans, helped her find confidence in what she wore. Schumer said her and her sister “have always dressed badly,” and it was Evans who helped her “dress and feel good.” Seeing her sister’s transformation inspired her to team up with Goodwill and share it with more women. “It was such gift to be given to learn how to dress, to feel good about myself, and that’s the gift we want to give to everyone, everywhere.”