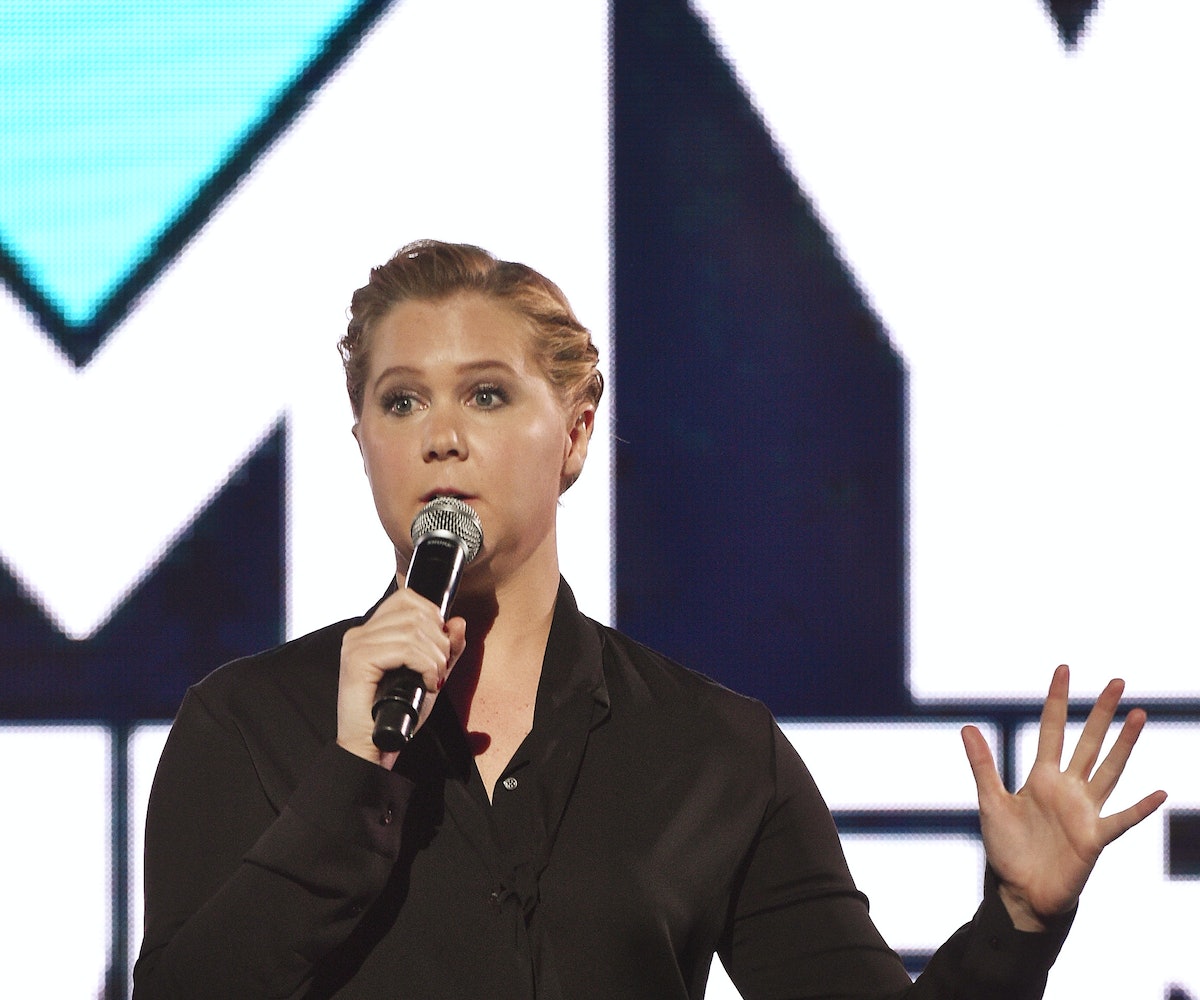 Amy Schumer isn’t known for her political comedy, but, most would agree, her taking the stage in front of thousands of Americans and not mentioning Donald Trump would be strange. The election is on everyone’s mind, and Schumer is a fiercely opinionated person. She also happens to be a feminist and stands for the exact opposite of what Trump represents. It's practically her civic duty to criticize the Republican nominee. But on Sunday night in Tampa, Florida, after Schumer partook in some good old-fashioned Trump bashing during her set, approximately 200 people got up and left the Amalie Arena. Schumer called Trump an “orange, sexual-assaulting, fake-college-starting monster,” to a smattering of boos.

Schumer also told the audience of about 20,000 that she literally could not understand how anyone could support Trump. She even asked her security team, at one point, to bring an actual Trump supporter, “preferably one with sleeves,” on stage so she could meet them. The man who did come on stage said he was only supporting Trump because he did not trust Hillary Clinton, which is a totally wacky justification. Florida certainly has its fair share of Trump supporters (although Clinton is currently on track to win the state by a healthy margin), but it’s unclear if those who booed and walked out were behind the Republican nominee or simply fed up with an election cycle that has been depressing, to say the least. According to the Tampa Bay Times, some audience members complained about the show becoming “too political.” Certain people took to Twitter to echo that sentiment:

But Schumer has always had a political streak and has been outspoken about gun violence and the need for stricter gun laws. And at one point in the show, while discussing the sexual assault allegations against Trump, Schumer, herself was a victim of sexual assault, asked women in the audience who had also been victims to stand up.

Anyone attending a Schumer show expecting her not to talk about the election hasn’t been paying attention. Schumer has been a vocal Hillary Clinton supporter and was even helping to register voters in Florida before last night’s show.