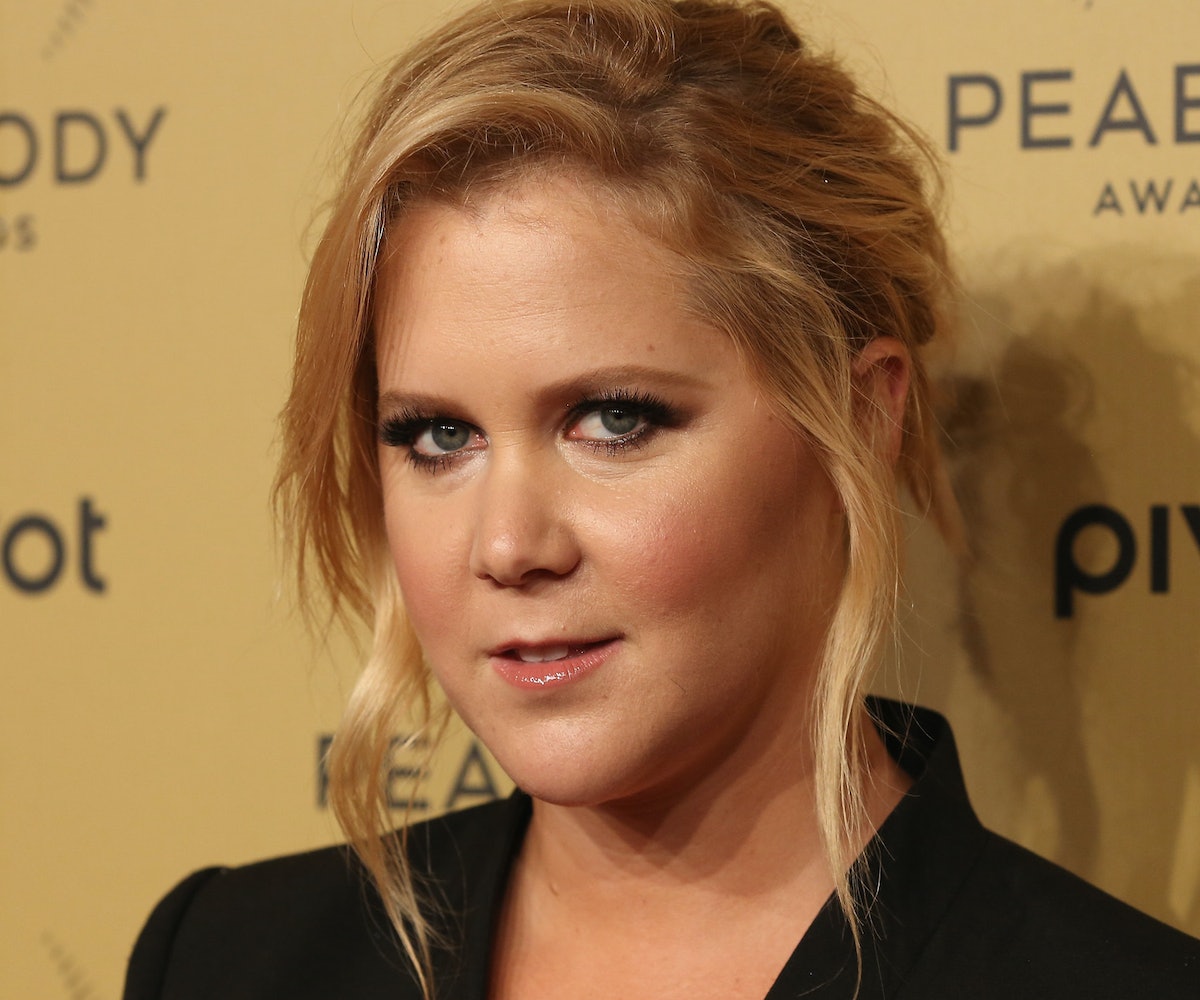 Late last week, Amy Schumer released the trailer for her forthcoming comedy, I Feel Pretty, in which she wakes up from a fall "believing she is the most beautiful and capable woman on the planet," per the film's description.

As Schumer herself explained on Ellen, “I look exactly the same, but in my mind, I am Gisele (Bündchen), I am one of the Jenner-Kardashians—gorgeous, and things start happening." However, not everyone is on the same page.

In theory, I Feel Pretty is supposed to be a movie about self-love and celebrating one's body—something that we do need more of in the media. Unfortunately, as many on the internet have pointed out, it's also a premise that handles the actual topic quite poorly, seeing as how loving yourself and gaining confidence is something that really shouldn't require a brain injury to obtain. Not only that, but, as comedian Sofie Hagen pointed out in a series of tweets, the movie is about a woman who "is half an inch from being conventionally Hollywood attractive (but rest-of-the-world attractive) who thinks she's rest-of-the-world-attractive" and that, at the end of the day, "Amy Schumer is blonde, white, able-bodied, femme and yes, thin. She IS society's beauty ideal."

Others expressed a similar sentiment.

Some also brought up that this is disappointing due to the fact that the movie basically frames Schumer, who is "white, upper-class, cis, straight white woman" but still feels "unwanted by society just because she's MAYBE 170 pounds," as the spokesperson for "body positivity" issues, excluding women of color, disabled, and/or gender-nonconforming people.

That said, as Hagen also pointed out, while it's totally valid for anyone (even Bündchen) to feel unattractive and insecure at times, "that doesn't change the fact that those people will still be treated better by society than someone actually fat, actually not white, actually not femme-passing." Hagen continued on by pointing out that this felt like Hollywood, once again, completely missing the mark when it comes to talking about the body diversity movement. Especially since the shallow, tone-deaf premise comes with the underlying message that Schumer is "considered ugly" by film exec standards and that she's, subsequently, become Hollywood's evidence that they've "fixed" the problem.

That said, Hagen also acknowledged that Schumer, as a woman, is subject to a higher level of scrutiny. However, her casting and helming of this film just serve as further proof that Hollywood has a ton of work to do.

Watch the trailer for yourself, below.