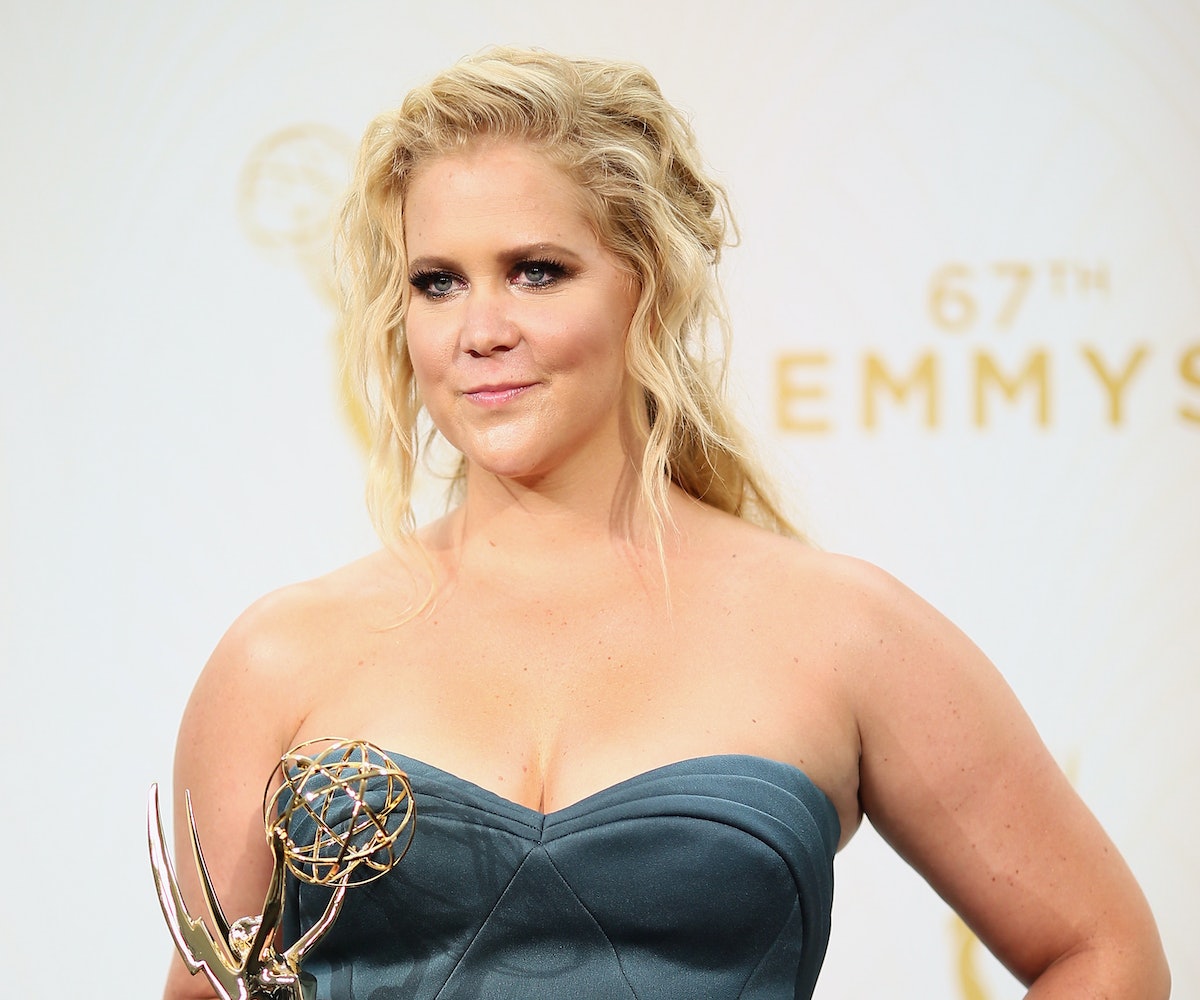 Straight on the tails of Jennifer Lawrence's essay calling for wage equality in the film industry, Amy Schumer has fought for her right to get the money she deserves. And she got one hell of a raise.

According to The Hollywood Reporter, Schumer's salary for her upcoming mother-daughter comedy with Fox will be between $4 million and $5 million—a huge up from her $300,000 salary for Trainwreck. With a Hollywood blockbuster under her belt and an Emmy for the game-changing comedy series Inside Amy Schumer, this comedienne is calling the shots and making serious bank. She also recently signed an $8 million book deal with Simon & Schuster that replaced an earlier $1 million deal with Harper Collins.

Schumer's unapologetic negotiations have helped her to fight for high salaries that are more commonly reserved for men in the industry. But just because she's getting a pay raise doesn't mean that she's forgotten that we still have a long way to go in terms of economic equality. "I, of course, support wage equality and all equality, but if we just raise the minimum wage...that would take care of everybody," she told E! News.

Now, what kind of salary are we looking at for the impending J.Law/Schumer flick?