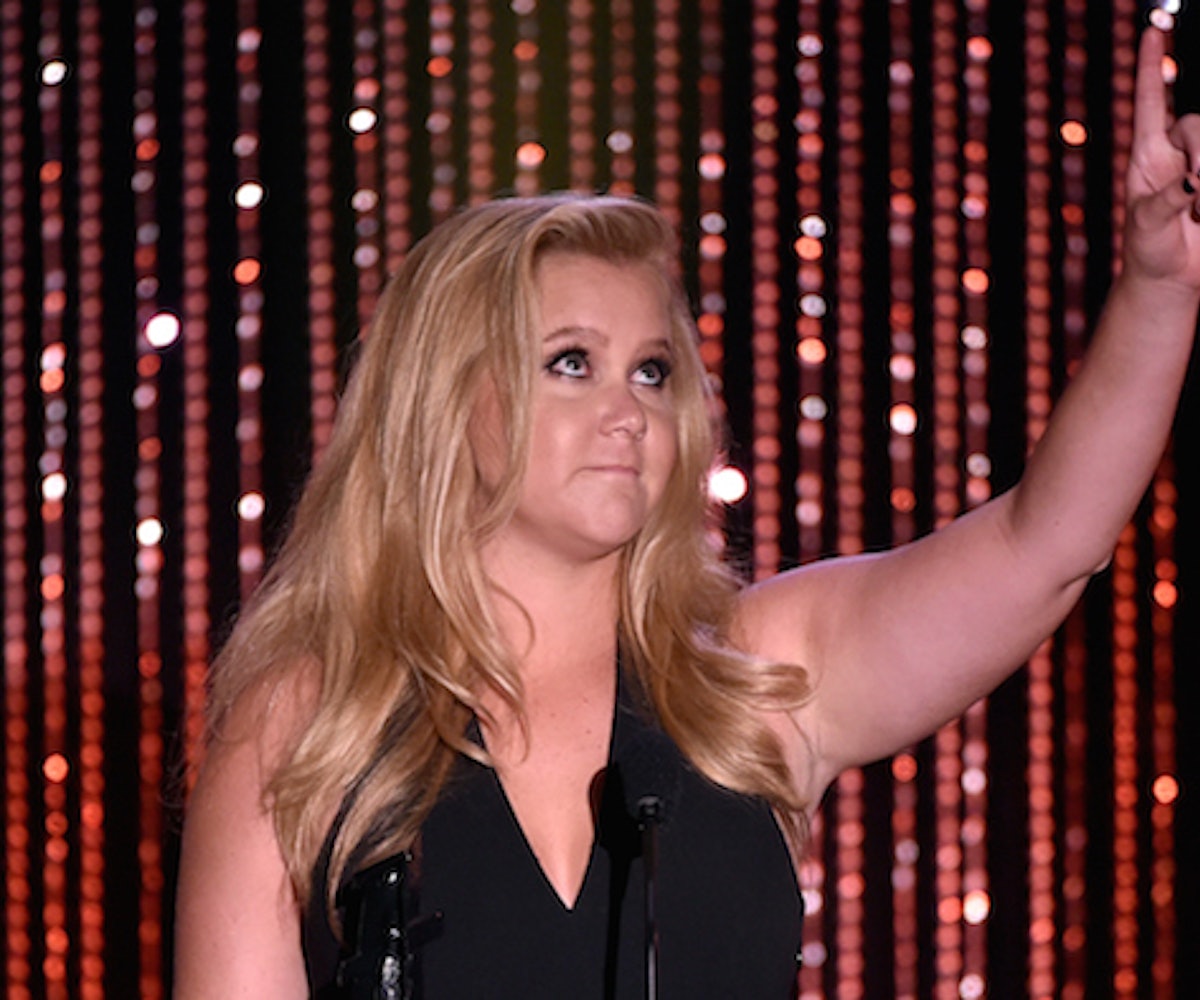 We all know it’s been Amy Schumer’s year and as part of that, she sat down with other entertainment luminaries for a roundtable hosted by The Hollywood Reporter. As other outlets have mentioned, there was one curious quote where a journalist really, really didn’t mind his P’s and Q’s when talking about her in the wake of hit movie Trainwreck.

Talking about the release of the film, Schumer said:

“The things that you're afraid they're going to say are so much worse than anything they actually say. But you've already put your nervous system through that fear. With Trainwreck coming out, I was like, ‘Everyone's going to say, “She's not pretty enough to be in this movie.”’ And then only one dude wrote that, and people really attacked him, and then he redacted that and wanted to date me. I've been waiting for this rainstorm of hate, and it's never really come.”

Did you catch that part in the middle? Yeah, a writer insulted Schumer, pulled it back, then tried to get with the budding superstar. Sounds like the most complicated and public "neg" in recent memory if you ask us.

Who was this gentleman? E! was smart enough to put two and two together, naming Hollywood Elsewhere’s Jeffrey Wells (though there’s no actual confirmation on that).

As evidence, E! points to this passage from Wells’ review of Trainwreck:

“[Schumer is] obviously sharp and clever and funny as far as the woe-is-me, self-deprecating thing goes, but there's no way she'd be an object of heated romantic interest in the real world…And yet that's the apparent premise of Apatow’s film. Schumer’s wide facial features reminded me of a blonde Lou Costello around the time of Buck Privates, or Jennifer Aniston's somewhat heavier, not-as-lucky sister who watches a lot of TV.”

Whether or not Wells is the journalist in question, that’s some pretty awful stuff and indicates he may be spending too much time in front of screens featuring normatively beautiful women instead of, oh, we don't know, looking around at the real world. Not surprisingly, Wells caught a lot of flack for this and other comments relating to Schumer.

Doing the smart thing, Wells responded to the outcry with, “sorry for the Amy Schumer sturm und drang…[she is] a first-class talent and deserves more respect than what I gave her.” It was the right thing to say, but if E! is right, he followed it up with romantic overtures to the same woman he compared to a famously obese male comic. Woof.

Therein lies his epic fail. He (or another journalist very much like him) blasted Schumer, retracted, stepped in again, then expected the famously open and honest performer to not say anything about it. Though Schumer hasn't said anything directly, she’s said enough. If Wells isn’t the guy she’s talking about, we honestly feel for him after reading this E! report. If he is, well...hope he likes the taste of humble pie he cooked for himself.