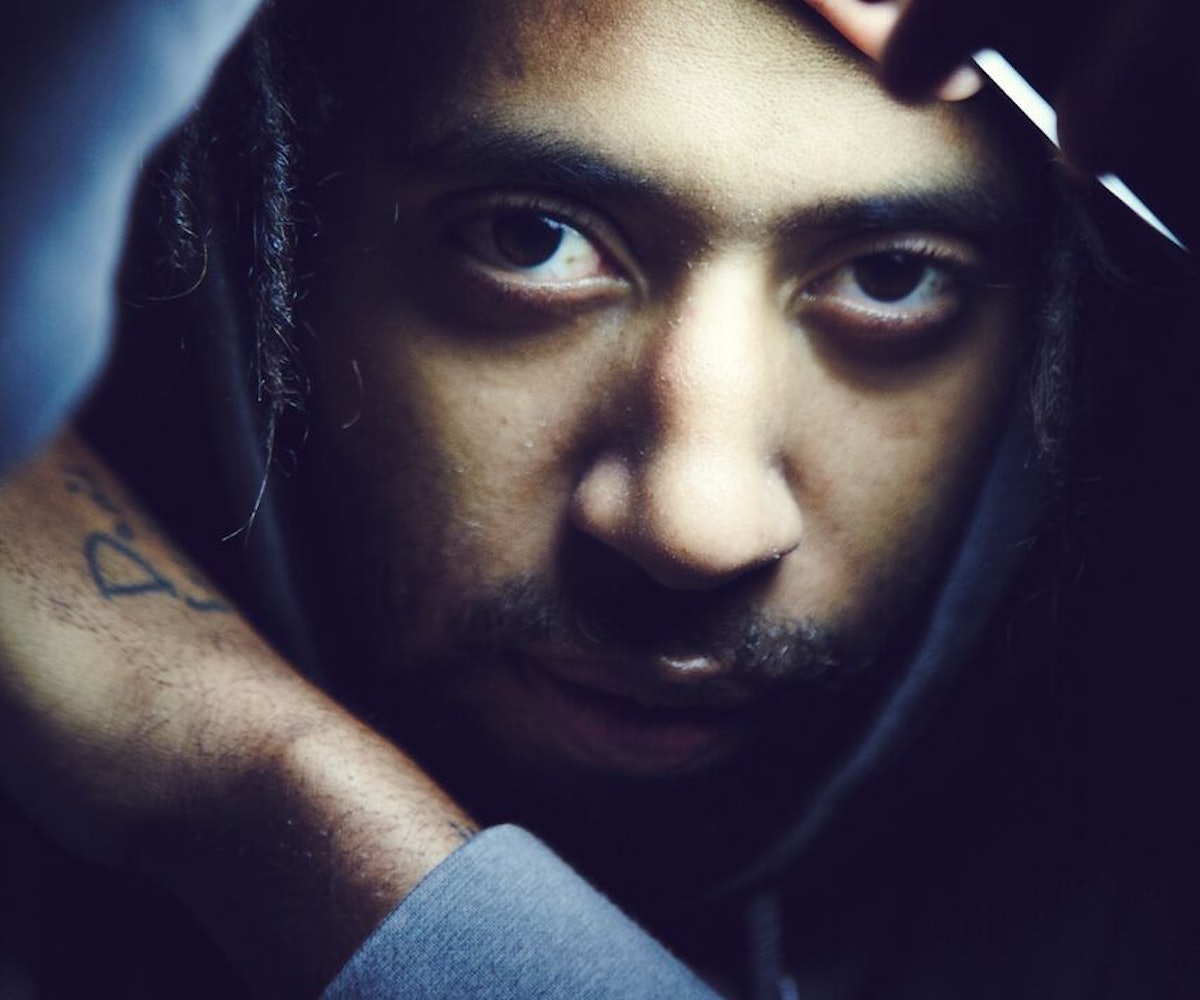 On the side of the Ace Hotel in downtown Los Angeles is a lime-green billboard. “It’s wet” is scrawled on it in bubblegum-pink spray paint, the words surrounded by contorted computer-generated bottles. One of the bottles spits out a water droplet emoji. The billboard is the work of Yung Jake, an artist and rapper whose work (and persona) is a construct of a life spent online. Yung Jake, who was born Jake Patterson, is the featured artist for this month’s Dear DTLA, a collaboration between WeTransfer and the hotel that features the work of artists like Robert Montgomery and Mariana Fernandes on the billboard space.

In the music world, Yung Jake has performed live across the country, and his videos are markedly unique, representations of his fixation with technology. Maybe you’ve seen his emoji portraits of celebrities—most recently Bernie Sanders—or saw “Both,” a music video that premiered on Snapchat, and plays like a Snap of a wild night at the club.

Basically, Yung Jake pushes genre and medium to create new, innovative forms of art, and his rise has been swift, with even Kanye West praising one of his pieces, an HTML experience called http://e.m-bed.de/d (If the link doesn't work, it's because Jake forgot to pay his bill). We chatted with Yung Jake via iMessage—he only conducts interviews in text message form—about his parallel rap and art careers, meeting Kanye West, and his greatest accomplishment.