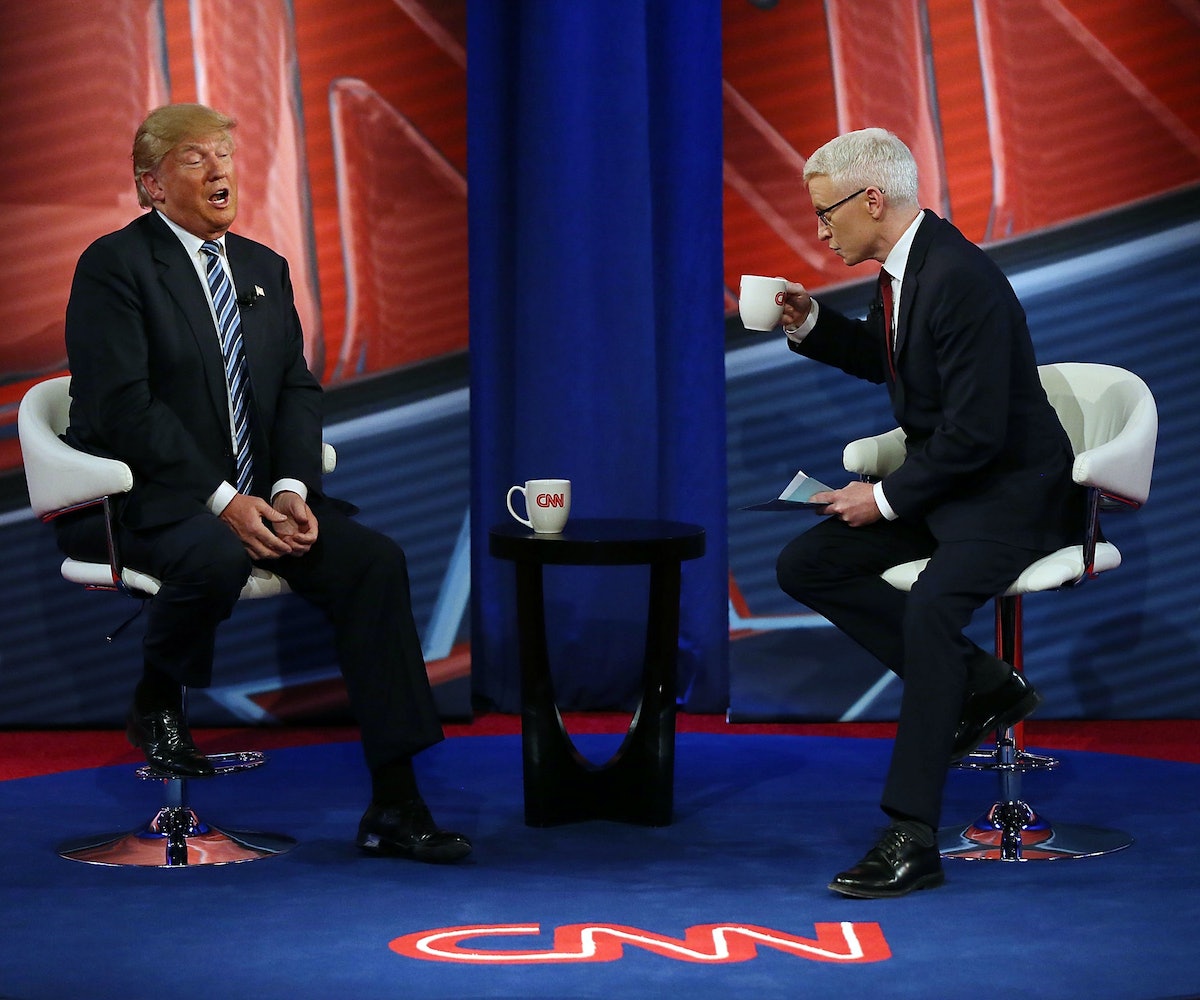 Drumpf is back at it again with sophisticated arguments and nuanced comebacks (can you hear the sarcasm coming through the screen?). No, of course, he isn't—he's flinging unsubstantiated accusations and literally deflecting in the manner of a child, only this time, there's someone to call him out on it.

Last night in CNN's town hall, Anderson Cooper asked the GOP front-runner about a photograph he retweeted of Ted Cruz's wife Heidi juxtaposed against his own spouse in a not-so-subtle attack on Cruz's physical appearance. Captioned with "The images are worth a thousand words," Trump's senior policy adviser, Stephen Miller, said of the action, "I think the retweet speaks for itself." Just... yuck.

Despite the obvious overtones and the comment from Miller, Trump played off the action as if there was no malicious intent. “I thought it was a nice picture of Heidi. I thought it was fine,” he said. Cooper wasn't buying it and replied, “Come on, you’re running for President of the United States.” Trump's high road response? “Look,” Trump said, “I didn’t start it.”

Cooper called out Trump on the response with, “Sir, with all due respect, that’s the argument of a five-year-old.” The two continue to go back and forth, with Cooper letting Trump slowly dig his own hole, shifting the issue onto Anderson and then, naturally, how it's representative of the problem with our country (what?). It ends with Trump belittling Romney, saying he "did so poorly four years ago, he choked like a dog.” We can't even make sense of that last portion ourselves.

Watch the entire exchange below via CNN.