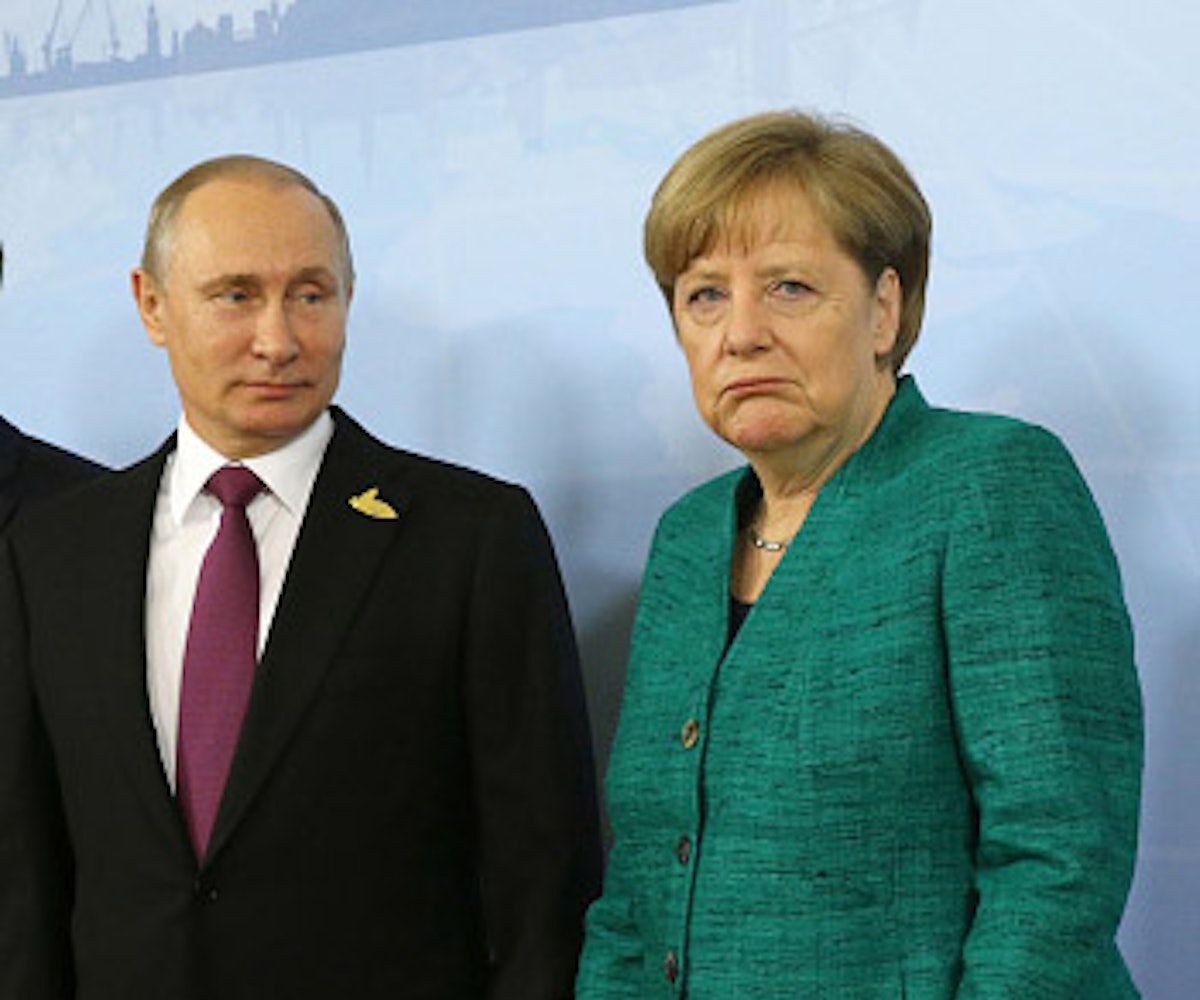 German Chancellor Angela Merkel couldn't seem to find a spare fuck to give when talking to Vladimir Putin at the G20 Summit this year. Perhaps her power suit's pockets weren't deep enough to store any. In a clip that's quickly gone viral, she can be seen rolling her eyes deep into the back of her skull as the man who rigged our election tries to lecture her about something that she probably already knew and never asked about.

In Hamburg on Friday, someone captured this beautiful moment as Putin went on and on, gesticulating wildly in order to make his words seem more important. You know, like the idiot who runs our country does.

It's unknown what the two world leaders were actually discussing, but we know that whatever it was, Merkel was not in the mood. We can't blame her, the G20 is a real sausage fest. The only other woman there was Theresa May, who at one point needed to remind Trump where the cameras were because he's in constant need of babysitting. She also had to help him down the steps the last time they met because of his "stair phobia," so I'm sure she's over this mess as much as Merkel.

As someone aptly put it on Twitter, "Merkel is at fuck this shit o'clock." Same, girl, same.