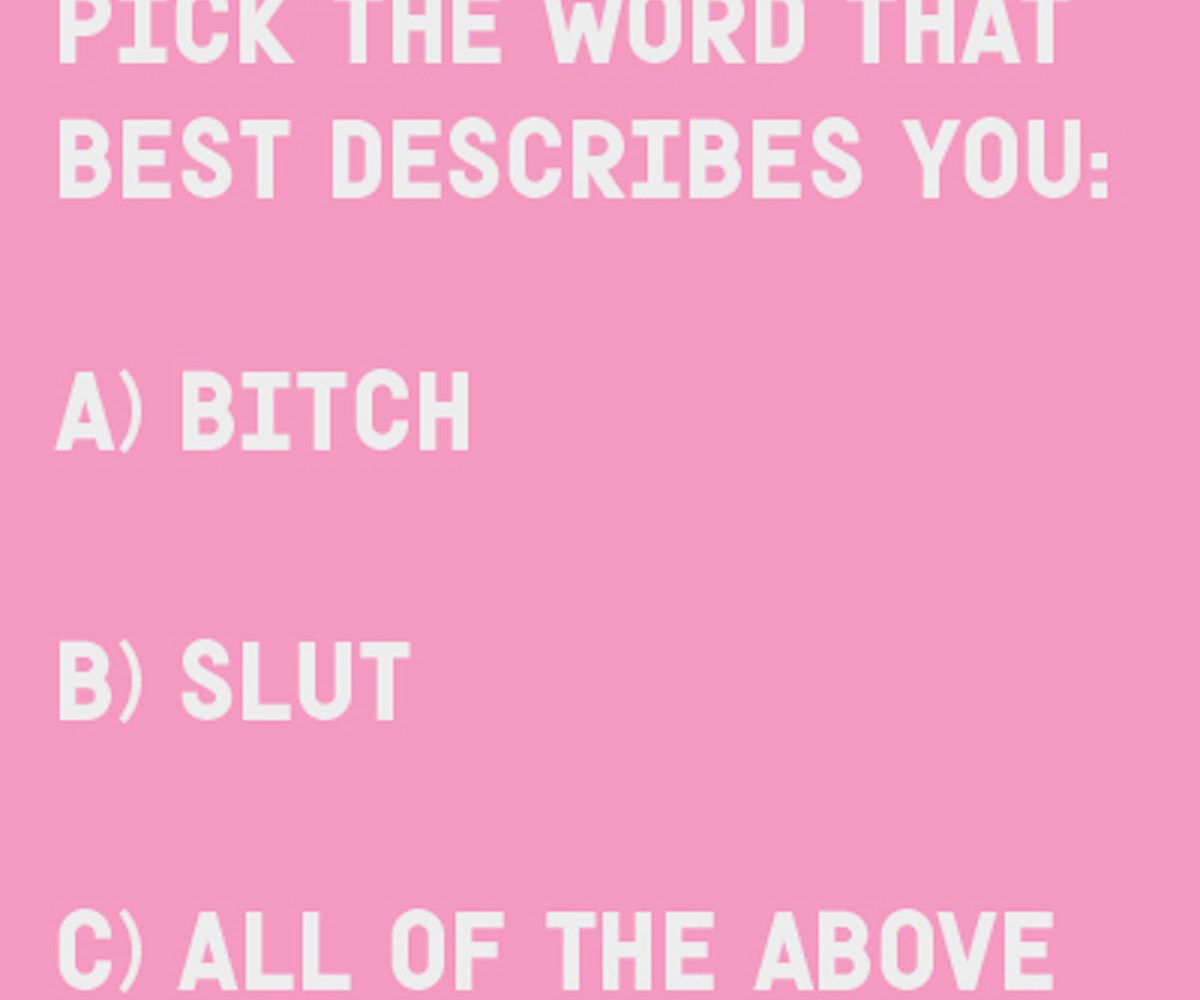 Psychoanalytic literature calls it the Madonna-whore complex, but the colloquial, more relatable translation is that every woman’s inevitable choice is being seen as either a bitch or a slut. “I know what kind you are,” sings Anna Wise in the chorus of her new single. “If I say, ‘No,’ I’m a bitch / Say, ‘Yes,’ I’m a slut.”

The endearingly amateur iPhone cinematography of Wise’s video betrays her established place in the music industry. Wise isn’t just some clever YouTuber, she’s a Kendrick Lamar collaborator and Grammy winner, now on her way to building out a solo career through an upcoming tour and EP. After listening to “BitchSlut” on loop, we caught up with Wise to talk about the inspiration behind her catchy act of deconstruction and see how she plans to use her musically inclined feminism next.

What was your inspiration for "BitchSlut" song? What kind of experiences fueled the lyrics?

I remember when I was 11 years old, walking home from school, and a car full of older men came up real slow behind me and one of them shouted, "I wanna put my tongue in your pussy you little slut!" I had just learned one of my favorite gestures, the middle finger, and I stuck it up real high and stiff at those jerks, even though my face was hot with embarrassment. Another guy shouted, "Fucking bitch!" and they drove away. I was stunned. I cried. I didn't tell anyone. That was the birth of “BitchSlut.” I want to send “BitchSlut” back in time to my 11-year-old self. I want 11-year-old Anna to pop that CD in her little Walkman and drown out the world.

How do you think a song like "BitchSlut" works to break down sexist double standards?

Well, I know that music is really powerful, like magic. I hope a woman could hear “BitchSlut” and join me in poking fun at two of the most common insults she and I will be called for the rest of our sexually desirable lives. I can't eliminate sexist double standards, but I can control how I let them affect me. Do what you want!

How do you think the paradox you sing about in "BitchSlut" affects women in the music industry specifically?

Women are taught to be sexually desirable. We're taught that we should harness and use this sexual "power," and as soon as we do, people are appalled and we are chastised. This is pretty evident in the music industry. If you aren't sexy, you won't sell records, but if you're too sexy, you're a whore. You can fuck your way up to the top or not, everyone will think you did, anyway. I'm kidding… kind of… but really… There are so many more roles that women can play in society other than Madonna and whore. But that is more or less the dichotomy we are presented.

The stories that have been breaking lately, they are not rare. They are actually the norm. But hey, I'm an observer. I saw these things and experienced these things, and it inspired me to send this message. I haven't taken any gender studies courses but I know that this is an undercurrent in society. As progressive as we think we've become, women are still treated and perceived as objects. Everyone, in every profession, is affected by this. It hurts women and it hurts men.

Is there anything up-and-coming artists can do to avoid being pigeonholed as their image develops?

My philosophy has always been to do what comes naturally, to not overthink things. I think if the music is consistently good, the image can chill. Have fun with it, don't let it drive you crazy. Be patient with yourself.

You've had a pretty extensive career behind the scenes so far, even winning a Grammy for your work with Kendrick Lamar. How did that collaboration come together?

Kendrick found my band Sonnymoon on YouTube. There's a song of our's he likes called "Nursery Boys." He asked around for my phone number and started texting me. I was on a road trip at the time. We rerouted straight to Kendrick. My bandmate Dane and I stayed in Carson [in California] at the house for a while, recording every day, all day. It was really really fun.

How did working with Kendrick affect your solo work?

I'm really inspired by Kendrick. I think the work he's doing is really empowering. Working with him changed me in ways I can barely begin to understand. There's an exchange of energy that happens when you work creatively with someone. It affects everyone involved.

What other experience has built your solo career? Tell me a little bit about your background prior to Kendrick and "BitchSlut."

Well, I started in a band called Sonnymoon, which is myself and Dane Orr cowriting and coproducing everything together. We put out our first record for free in 2010. We toured a lot for that project and just had fun with it. It was really more of an art project than anything else. We were trying out lots of ideas. We made all our own videos and artwork. When I started to work on my solo project, I knew I wanted to make it more simple musically and less vague lyrically, because Sonnymoon is so amorphous. I've been working on this material for a while now. My philosophy about opportunity has always been to stay open, be ready, and enjoy the ride. I'm a big believer in fate. If I focus too much on my career, instead of the art, then I start to feel unfulfilled.

Do you have any releases planned for the coming months? What's next for you (and does the plan include more awesome lady empowerment anthems)?

Yeah! I'm releasing more and more pieces of the puzzle. My whole record was written with women in mind. I want girls to get ready to my songs. I want you to sing along while you moisturize. So, yes, there are more empowering anthems. There are some sexy songs, too. And some ballads. And some sexy ballads. In May, I'm going on tour with this band I really like called Givers. I'm excited to perform live. I'm happiest when I'm singing.