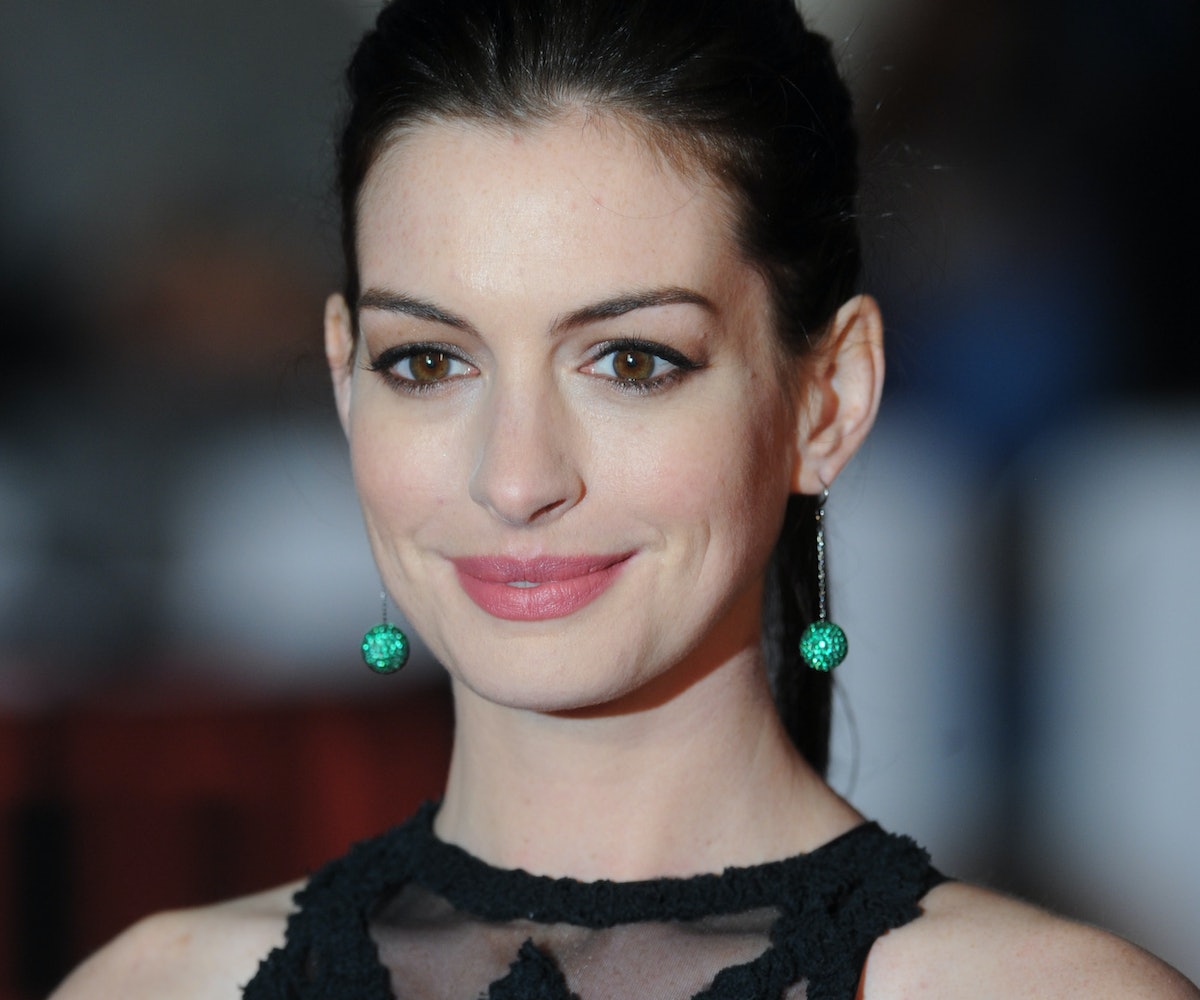 2016 is poised to be a very big year for Anne Hathaway, as she's set to give birth to her first child with husband Adam Shulman. And while Hathaway has never officially confirmed her pregnancy, she's not shy about showing the world just how far along she really is.

In an empowering attempt to circumvent the prying lens of the paparazzi, Hathaway shared a revealing Instagram after she noticed photographers stalking her during a recent vacation. After wishing her "Instafriends" a happy new year, Hathaway explained why she decided to post the photo online.

“So, posting a bikini pic is a little out of character for me, but just now while I was at the beach I noticed I was being photographed," she wrote. "I figure if this kind of photo is going to be out in the world it should at least be an image that makes me happy (and be one that was taken with my consent. And with a filter :)”

It looks like Hathaway — who ended her message by wishing fans “love, light and blessings for the year ahead!” — has already made her New Year's resolution, and it's one all of Hollywood should get behind. Check out Hathaway's beautiful middle finger to the paparazzi below.