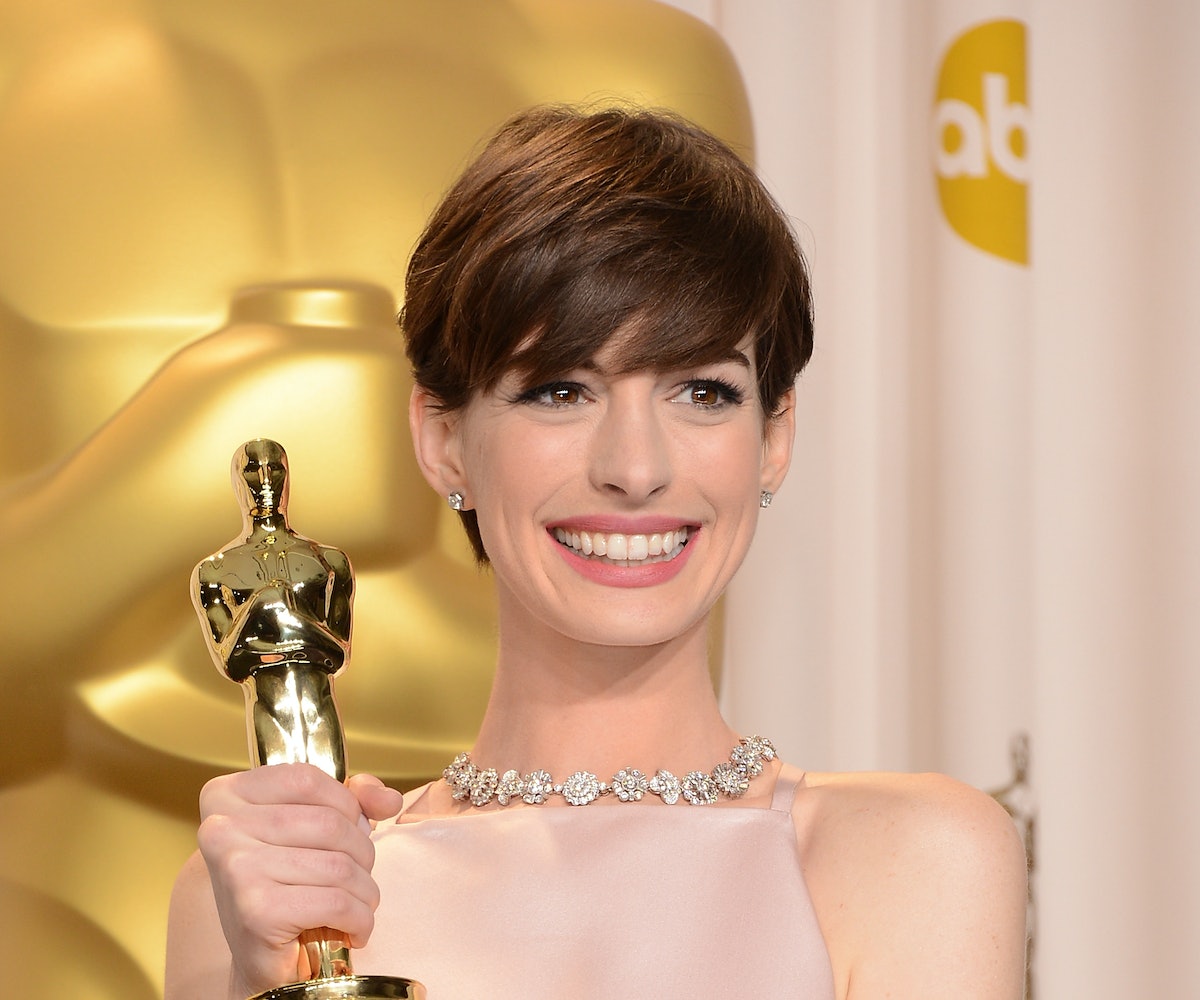 If you haven't seen Amy Schumer's film Trainwreck yet, what have you even been doing? Grab your friends, rush to your local movie theater, and get ready to laugh uncontrollably.

The modern romantic comedy is filled with tons of awesome jokes, that even an actress who was the butt of one of them had to laugh. The jab took place in a scene where Schumer's boyfriend, Bill Hader, receives an award for his outstanding charity work. After being honored, Hader flaunts his trophy by carrying it around with him.

Naturally, Schumer's reaction is to shut him down by telling him that he's acting like Anne Hathaway on Oscar night, referring to the way she clung onto her shiny, gold statue in every single picture. Hathaway saw the film yesterday, and while it's not clear if she was expecting to be made fun of, the actress took it in stride and posted an Instagram of her ticket stub with the caption, "Dear @AmySchumer, Don’t pretend like when you win your Oscar—which you could for your brilliant and refreshing writing and/or acting in @TrainwreckMovie—you won’t tote it around to every Oscar party you go to. Way to slay, Annie."

Schumer may not be up for an Oscar Award yet, but has absolutely been killing it with an Emmy Award nomination for her hit television show Inside Amy.

And, hey, if you can't laugh at yourself, who can you laugh at?