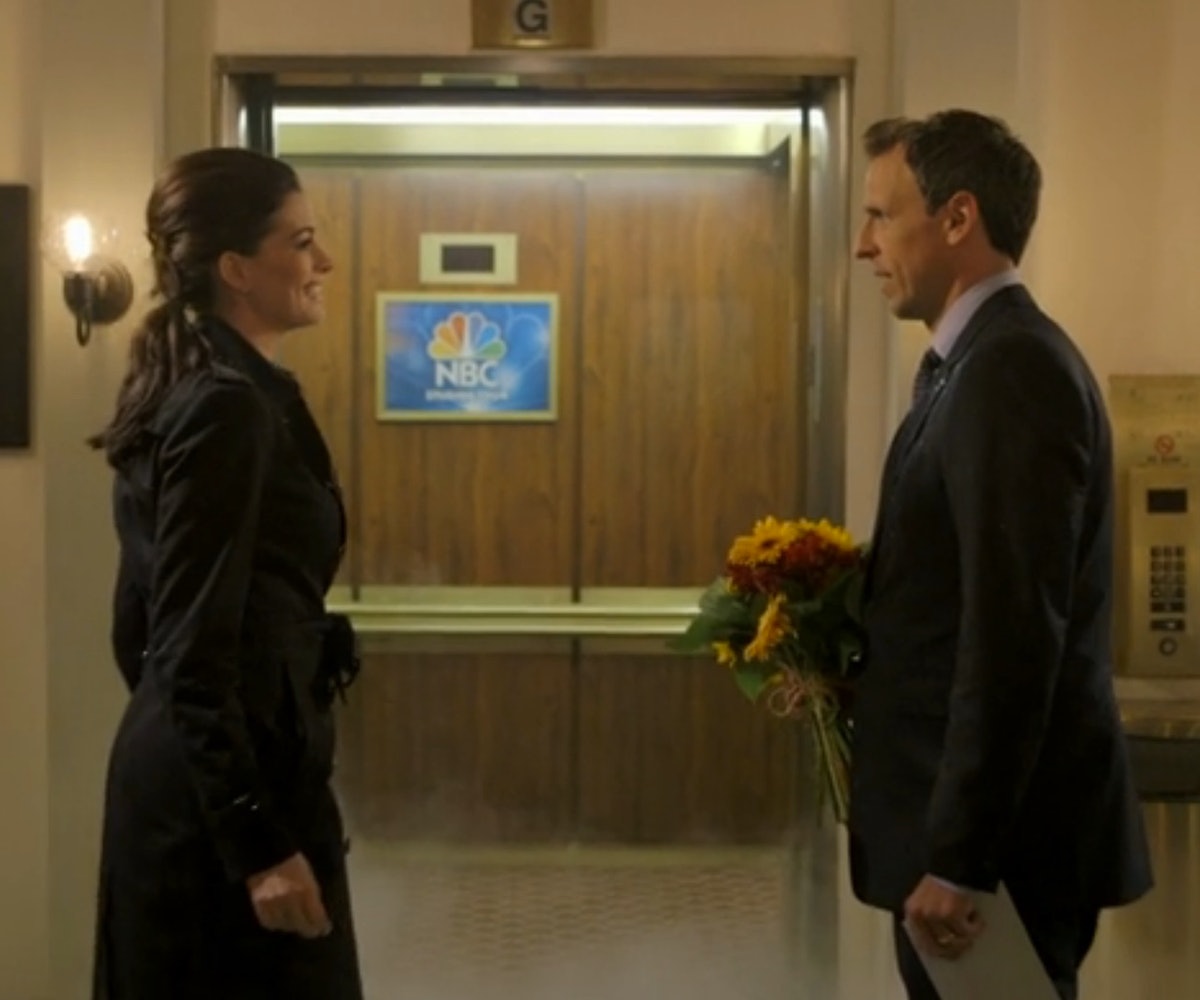 Romantic comedy parodies are well-trodden territory, but last night Seth Meyers had a fresh take with some help from Anne Hathaway. Spoofing the end of pretty much every rom-com ever, Meyers raced after Hathaway through the halls at 30 Rock, and after several near-misses, catches up to her just in the nick of time. We won’t spoil the punchline, but you can probably guess that it ends happily ever after.