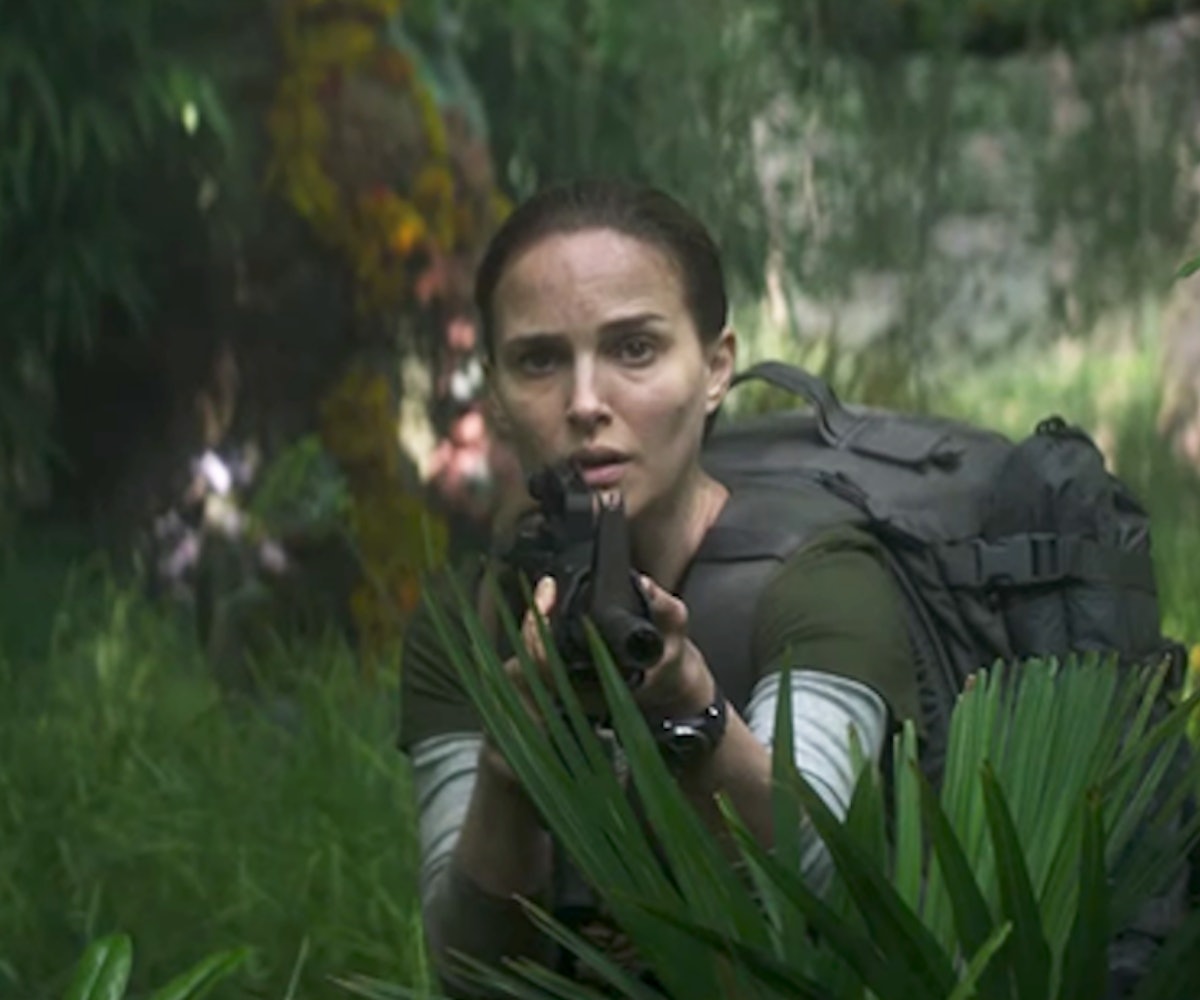 The upcoming Annihilation film is being thrown into the whitewashing conversation. And while the topic is by no means a new conversation, this instance is a little more complicated than those before it.

In the Southern Reach trilogy, written by Jeff VanderMeer, Natalie Portman's and Jennifer Jason Leigh’s characters are described as being of color—the former of Asian heritage, the later as half Native American. But, this isn’t mentioned until the second book, Authority. The first book, which the film is adapted from, doesn’t include names, let alone physical descriptors, for the characters. Writer and director Alex Garland has also previously noted that he made it a point to not learn anything about the sequels because he wanted to do a “really weird approach to the adaptation." Even so, members of the Media Action Network for Asian Americans and American Indians in Film and Television criticized him for enlisting white actresses to play the characters.

When asked about the controversy, Garland explained in a statement to Deadline:

This is an awkward problem for me, because I think whitewashing is a serious and real issue, and I fully support the groups drawing attention to it. But the characters in the novel I read and adapted were not given names or ethnicities. I cast the film reacting only to the actors I met in the casting process, or actors I had worked with before. There was no studio pressure to cast white. The casting choices were entirely mine.

Portman and Leigh claim to have not known. “Well, that does sound problematic,” Portman told Yahoo Entertainment, “but I’m hearing it here first.” It’s worth noting that the cast also includes Tessa Thompson, Gina Rodriguez, and Oscar Isaac all in major roles. There is diversity present, it’s just not assigned to the right characters.

Now, does this qualify as whitewashing? It’s hard to say. In this case, the decision doesn’t appear to be as overt or as calculated as past films like Ghost in the Shell, Aloha, or Doctor Strange. That’s not to say people shouldn’t be upset, it’s dicey territory to wade into. But Garland isn't throwing out a lazy excuse that there weren’t qualified actors of color to take on the role or that they wanted to “get away from stereotypes,” like the Doctor Strange director claims. Portman, too, went on to say that the industry, as a whole, has lots of work to do. “We need more representation of Asians on film, of Hispanics on film, of blacks on film, women and particularly women of color, Native Americans—I mean, we just don’t have enough representation,” she said. “And I hope that begins to change, because I think everyone is becoming more conscious of it, which hopefully will make change.”

But, in the age when information is available at your fingertips, and when actors of color are consistently overlooked for lead roles, simply “not knowing”—regardless of your intentions—might not be good enough anymore.