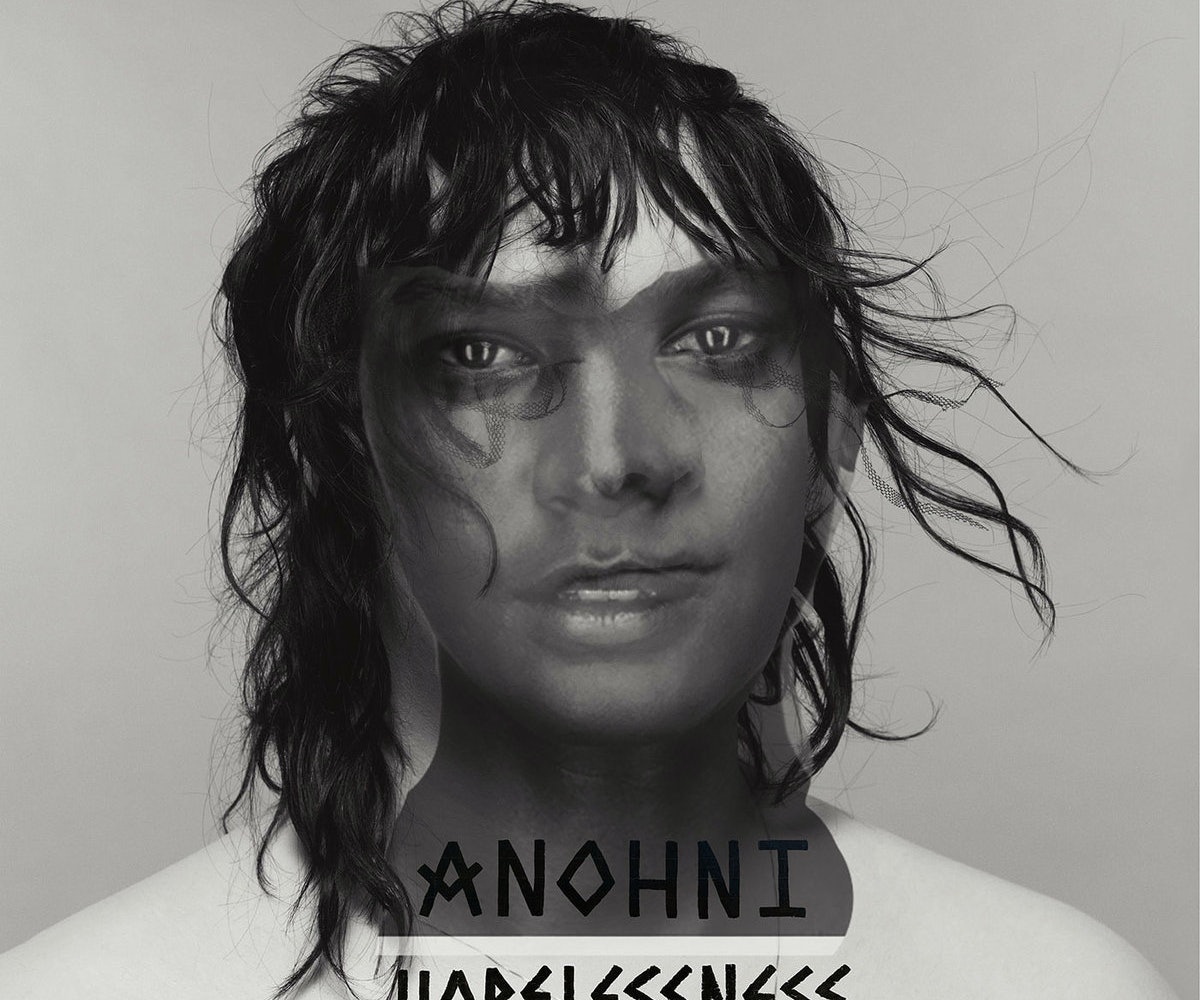 HOPELESSNESS is an album defined by creeping unease. Throughout the record, ANOHNI marries socially critical, often disturbingly blasé, lyrics about drone strikes and ecological collapse with warm hooks and joyful synth maximalism, courtesy of Hudson Mohawke and Oneohtrix Point Never. The effect is unnerving. As you find yourself singing along to lines as blunt as "execution: it's an American dream" while growing tearful at the former Johnson's exquisite vocal melodies, it becomes increasingly harder to ignore the disjunction between deeply uncomfortable subject matter and the sleek pop package in which it's presented to the consumer.

While HOPELESSNESS the album attempts to mobilize dissonance and discomfort to further its author's political agenda, HOPELESSNESS the show was perturbing for other, less intentional reasons. Not that you'd expect it from the Red Bull Music Academy-sponsored performance's mise-en-scène. On entering the Park Avenue Armory's cavernous drill hall, audience members were confronted with the oceanic roar of jet engines. Reminiscent of the Predator drones referenced on "Drone Bomb Me" and "Crisis," this low growl felt portentous to the point of stress. Even glib gossip from a crowd more fashionable than political (most juicily: "Sufjan Stevens was standing three feet from me with those godlike forearms") couldn't detract from the sense that something big and scary was forthcoming.

The show was certainly big, but not as scary, radical, or thought-provoking as it could have been.

As an album, HOPELESSNESS places its creator at the fore. From "inhabiting" a young girl orphaned by drone strikes to apologizing to victims of American imperialism and bemoaning her alienation from the natural world, ANOHNI conveys a deeply personal picture of contemporary global issues that often verges on the egocentric. So it was refreshing, at least at first, to see her abdicate that subjective power by performing with her face covered, placing the focus on the supersized women and trans femmes tearfully lip-synching her lyrics on the screen behind her.

But you have to wonder what ANOHNI was attempting to achieve in presenting a show that consisted almost entirely of black and brown women serving as her mouthpieces. One critique that can be leveled at the album is its fraught relationship with white guilt: ANOHNI's attempts to embody a drone strike orphan come off as a fetishistic aestheticisation of violence against brown bodies rather than a critique of it, while her profuse apologies on "Crisis" are all too reminiscent of the empty sorrys of the British and Australian governments for their crimes against black and indigenous people. When coupled with these lyrical themes, the centring of non-white faces in the live show just seemed like a further effort to exculpate the artist's guilt without actually giving voice to the people worst affected by the issues she thematized. In rendering these women as literal backdrops, ANOHNI maintained control of the message throughout.

Admittedly, there was a certain thrill to hearing that voice in person. ANOHNI is a powerhouse vocalist, and the explosive electronics of her collaborators laid the foundations for a radical, apocalyptic dance party—that is if anyone had actually danced. The new songs she debuted had hooks even more arresting than the catchiest tracks on the record, with her anguished yet powerful screams of "don't shy away!" on "Indian Girls" representing a personal high point of the night. But the weakness of the visuals (not to mention the soul-sapping 10 minutes of outtakes from the NABIL/Naomi Campbell video for "Drone Bomb Me" that played on a seemingly endless loop before ANOHNI walked onstage) tempered much of the show's energy.

The Armory presented a space with infinite possibility to visualize an album full of iconic images. Instead of trying to utilize the hangar-like drill hall to create an immersive experience that made otherwise abstract global issues immediate and palpable to a pampered New York audience, much like HOPELESSNESS does sonically, ANOHNI opted for a show that, while transcendent to listen to, reinforced her own privileged position and, ultimately, played it safe.

NEXT UP
Entertainment
SZA May Finally Be Returning With New Music
Entertainment
Relive ‘00s New York With Yeah Yeah Yeahs, The Strokes In ‘Meet Me In The Bathroom’ Trailer
Entertainment
Seulgi Finds Her Own Lane With '28 Reasons'
Entertainment
Aya Nakamura On Preparing Her Fortnite Soundwave Series Performance