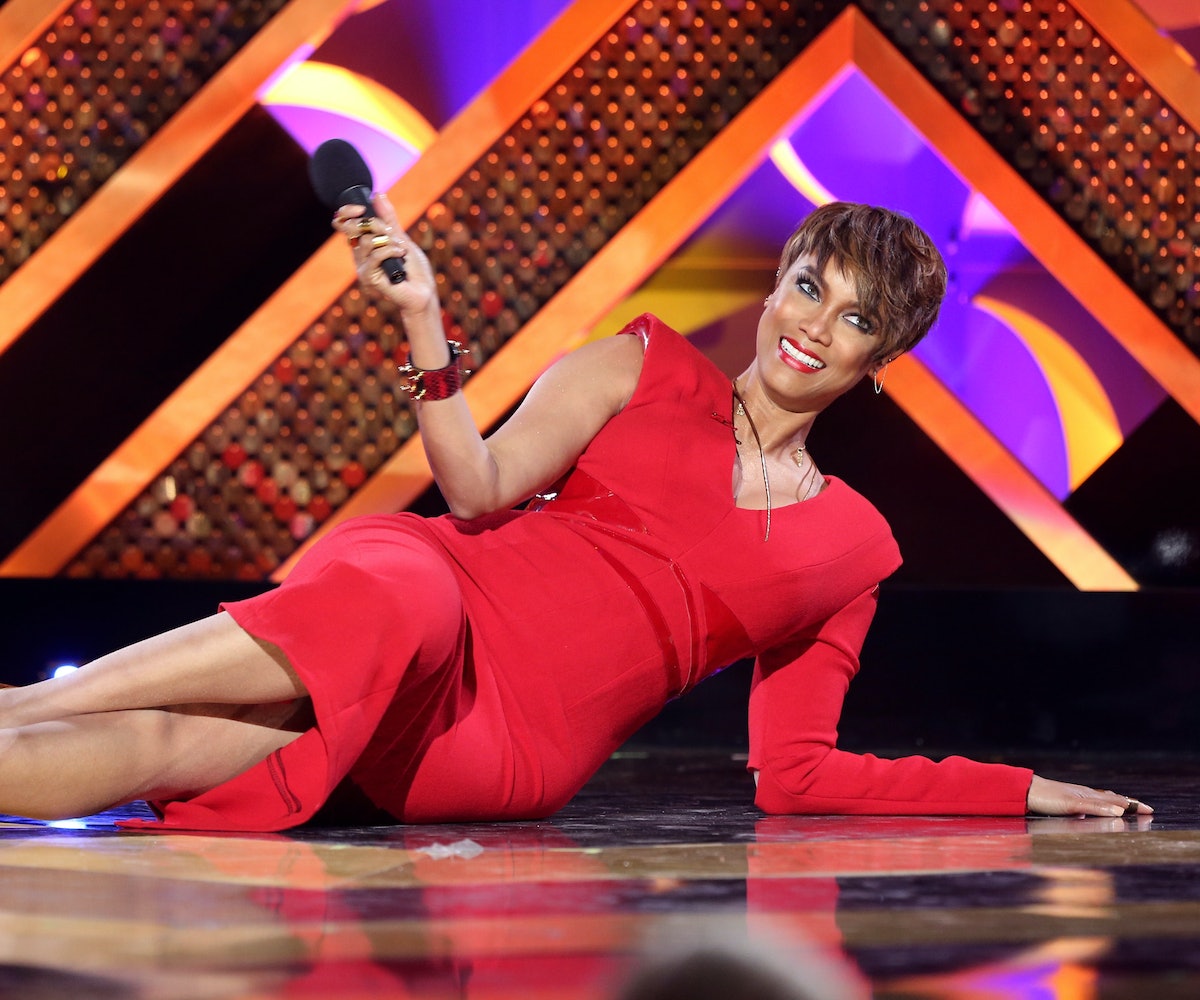 After 23 seasons—excuse us, cycles—America's Next Top Model has featured contestants of all shapes, sizes, ethnicities, and genders. But the elaborate and time-honored beauty competition seems to somehow be breaking new ground for it's upcoming iteration: Tyra Banks has dropped the age requirement for contestants.

“You want to audition for America’s Next Top Model? I don’t care how old you are, honey,” says Banks in a tweet posted just yesterday, announcing that those over the age of 27 are now eligible for the legendary reality show. “You just need to know how to smize and be open to learning how to work the runway like a supermodel.”

ANTM has spun similar gimmicks into entire cycles before: Cycle 13 notably featured models only 5'7" and smaller, flying in the face of traditional fashion industry standards. Later cycles mixed up the formula by adding men into the mix as well. Will the lack of age restrictions be the main focus or simply an interesting detail in the forthcoming contest?

Despite criticism, Top Model has consistently featured a pretty diverse set of aspiring muses and judges. The show was an early example of the value of showcasing gender non-conformity through the delightful Miss Jay and featured transgender contestants like Isis King long before this became standard practice on reality TV. Similarly, non-standard-sized contenders like cycle ten winner Whitney Thompson were important to the development of the growing body positivity movement.

ANTM faced a considerable shake up in Cycle 23 when Rita Ora took over for Tyra and overhauled the entire look and style of the program. To what extent we'll be going back to ANTM classic for Cycle 24 remains unknown, but it has been confirmed that Tyra will be resuming her duties as the resident beauty boss.

No word yet on a debut date, but we'll certainly be practicing our smize until Banks' return.

NEXT UP
Culture
NYLON Party Report Card: Partying With The Stars & 94 Foot Long Whale At The Natural History Museum Gala
Entertainment
Precious Pepala Is Going From TikTok Covers To Her Own Resonant Songs
Culture
A Britney Spears-Inspired Musical Is Coming To Broadway
Culture
An Exhaustive Breakdown Of The Balenciaga Controversy