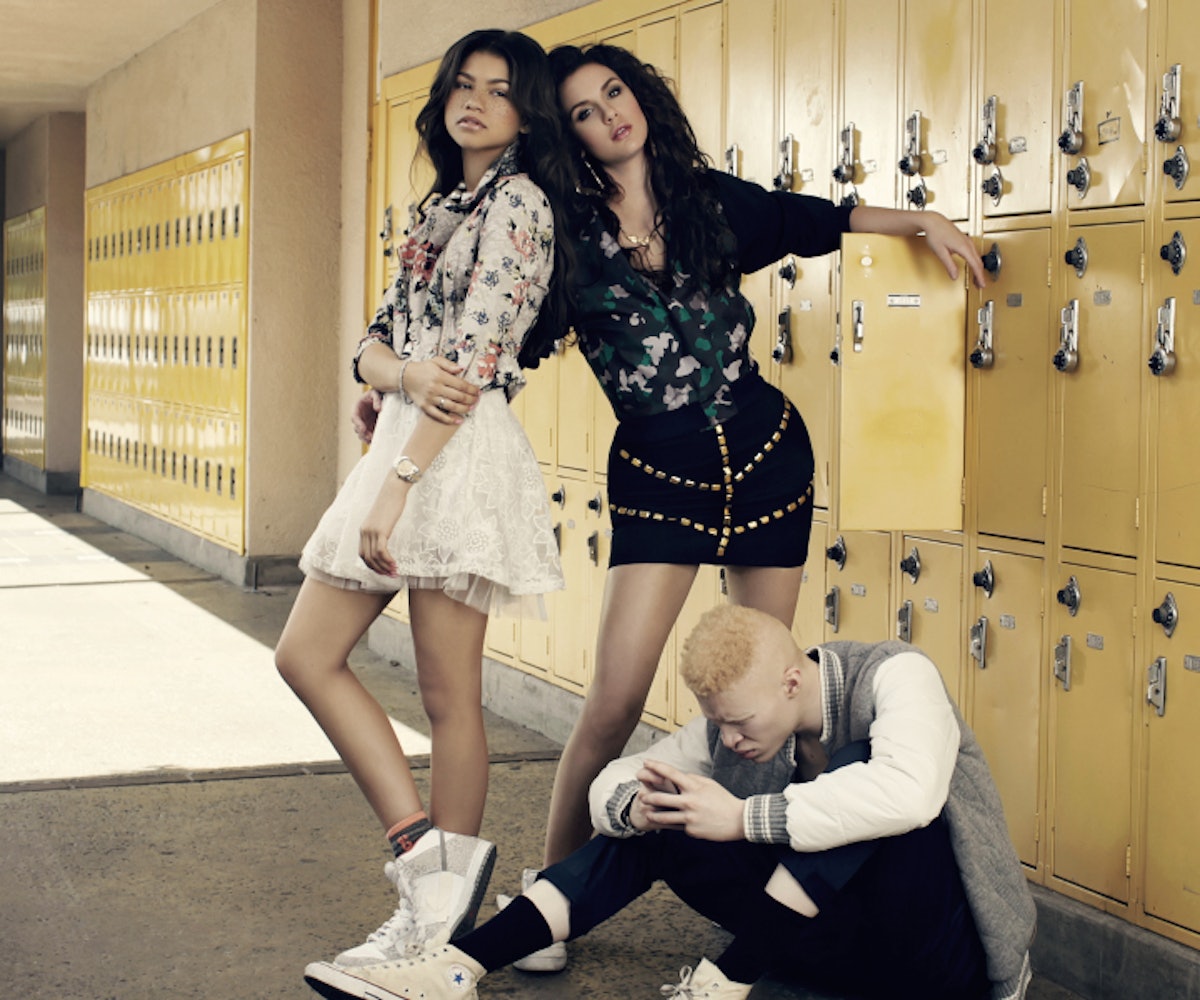 Friday's episode of America's Next Top Model was a journey of highs and lows, especially for Alexandra who was voted back on to the show, only to get sick, miss the judging panel, and then get eliminated herself. But nothing can get this girl down.

We chatted with her today while she was in New York City. Yes, she's hit the Big Apple continuing her dreams of becoming a model. What we learned is that the tension in the house could be cut with a knife, and that being flawsome is actually awesome!

Read on to get the lowdown on ANTM Cycle 20 from Alexandra.

Hi Alexandra! What was it like to be voted back on to the show?

It was crazy! Behind the scenes we're doing all the photoshoots and working hard, but no one is seeing it. It was amazing to get another chance to bein the competition and to have social media bring me back because the fans are so important to me. To have the highest social media score of all the contestants--it was just insane. Obviously, you can see on the show how extatic Iwas about it all.

Why do you think the fans loved you on social media?

Obviously I think I was the best. Really, because if you don't believe in yourself, who's going to believe in you? I worked super-hard and I feel like I was trying my hardest, obviously the fans saw that and wanted to bring me back. Honestly, I did not expect it. I believe in myself and I think I deserved it, but at the same time I always have a little doubt.

Was the mood in the house different when you went back?

When I left the competition I felt like it was still fun and games for everyone, and I felt like when I came back into the competition it was a whole different dynamic. Everyone was so serious and competitive, and everyone was probably a little frustrated that two more people were in the house again. Coming back in I felt like the whole dynamic had switched around. As you see on the episode there's a lot of fighting and bickering--very different from my first time in the house.

Who would you say is the most competitive?

The most competitive is probably Chris. I think he looked at the whole competition as a game, and the way he was playing the game, manipulating people, and getting under people's skin, it was honestly genius and clever. He really ticked people off and threw people off their game. He used the most aggressive tactics.

Were you more nervous the second time around?

Obviously coming back there was a lot more pressure to prove myself. Our first challenge was with Reggie Watts and it was so fun. Obviously I did well, Jourdan and I got top two. When the photoshoot happened, I think I over thought it.

We saw you get really ill on the last episode. Do you think that contributed to your nerves?

When I was off the show, competing to get back on, I actually ran out of my medication. I have a condition called POTS [postural orthostatic tachycardia syndrome], and I've gotten pretty sick from it before. I didn't want to come back in to the competition to complain, though. To come back and have this happen was a big bummer, but in the end I just felt so sick I couldn't take it anymore.

What's one flawsome thing about you that you love?

For the photoshoot I wore my hair curly, and when I was younger I had this huge, curly hair that I was so embarrassed by. Now, it's such an asset to me as a model!