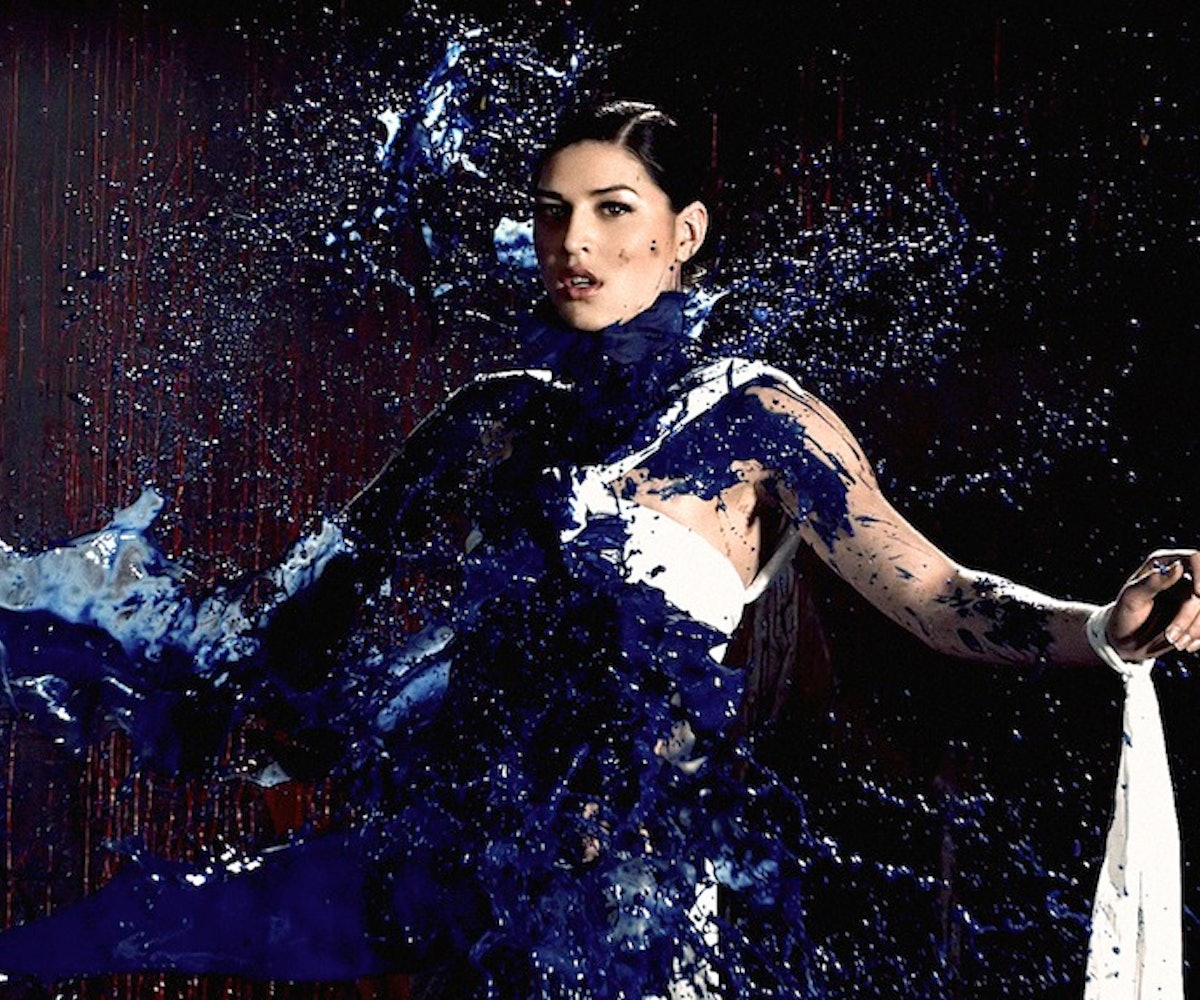 As we head into the back end of this cycle of ANTM, we are having to say goodbye to a lot of our favorite faces, including Jiana who was eliminated this week after struggling with her shoot.

We chatted up the Denver-native this morning to find out what (and who--cough, Phil, cough) she loved about ANTM. We also learned that she has a modeling alter-ego and is obsessed with her cat. Read on, Jiana fans, while you wait for this Friday's new ANTM episode.

Hi Jiana! What were you most surprised about being on ANTM?

I was actually pretty surprised about the challenges we had. The biggest one was obviously the Guess runway show down the side of a building. I have a fear of heights, and I was like, "They're not going to make us do this. They're really not," and then there I was walking down the side of a building. I was just waiting for one person to back out so I could! But I was pretty proud of myself. There were quite a few things that I said I'd never do that I did on the show.

How do you get in the zone before a shoot?

My pre-shoot mentality has always been that I'm going to go in and pretend to be my favorite supermodel, sort of like how Beyoncé has Sasha Fierce. I have an alter-ego that I embody. A photographer a year or two ago gave me the nickname "Jiancarlo," so that's my ego that I try to embody I also listen to a lot of music, it's a great way to amp up before a photoshoot.

So you've modeled before?

I did, actually. Since being on ANTM, I've had people writing me like, "Oh my God I always knew you'd be famous." It feels like the overnight stardom that a band with a hit would experience, but people don't realize that it's taken me a long time to get to where I am now. For me it was five years of working my butt off, getting any show that I could book here in Denver, and sneaking out of my house to go do fashion shows on a school night in clubs that were 21 plus when I was 16. [laughs] I've been very blessed with the experiences that I've had, so ANTM has definitely been the biggest job that I've had. I've come a long way from sneaking out of my house on a school night!

What was it like living in the ANTM house?

It was intense. I had never really lived with boys before except for my brother so that was difficult. I think the most difficult part was being away from my family. I had never been away from home before. And I missed my cat a lot. It was so funny at one point in the house we were Skyping home and I had my mom put my cat on the webcam. Everyone was like "what are you doing?!" [laughs]

OK, so tell me the real story between of you and Phil.

But it must've been hard to be in the bottom two with your best friend...

Yeah, and it's tough every week to see someone go who you feel like you've established a relationship with. It was definitely tough, but I believe everything happens for a reason. That's real life, I'm going to be competing with people close to me a lot in my life, I'm sure.

Who are you rooting for to win?

You know I've stuck to my guns about this person since the beginning. They are just fabulous, gorgeous, very articulate, and they have a good heart. It's Cory. The guy is awesome, fierce, and just a good person all around.