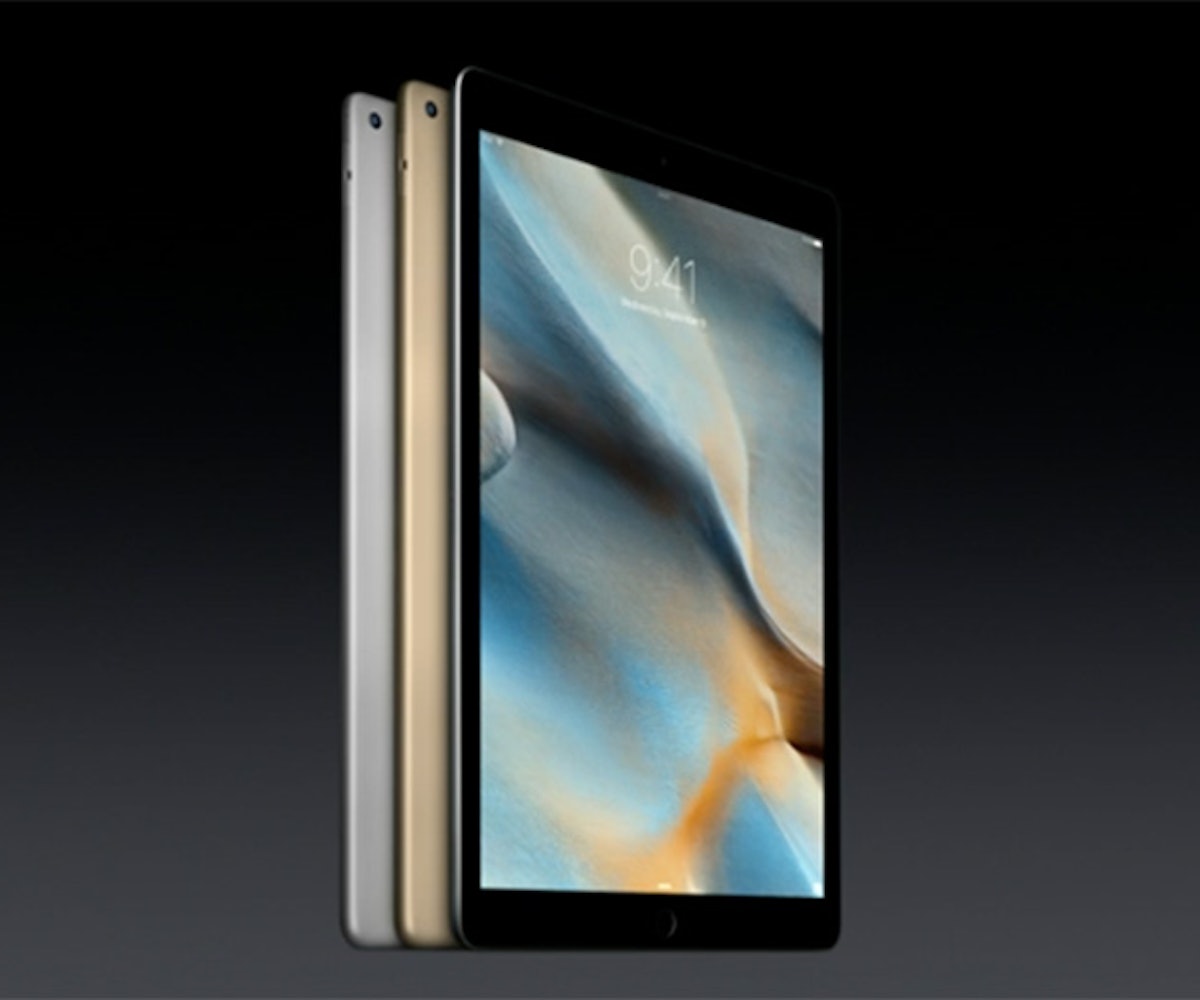 Apple’s second big announcement is pretty stellar. It’s the iPad Pro and it’s the biggest iOS device ever, clocking in at a hefty 12.9 inches and 5.6 million pixels. The MacBook Pro doesn’t even have that kind of display, making your Netflix and Amazon Prime binging extra crisp-looking. (Fun fact: This iPad has 360 times the amount of pixels as the first iPad.) Miraculously, even though it’s a much larger device, it weighs just a pound and a half. Apple CEO Tim Cook called it the "biggest news in iPad since the iPad.”

The iPad Pro comes with a nice new attachment, too: a screen cover that doubles as a "Smart Keyboard." The stylus is making a comeback in the form of the Apple Pencil. Of course, it is an incredibly well-designed, specific accessory that measures force and position—allegedly giving you the precision to measure a single pixel. (This was all described to the audience with a lovely English accent and a lot of usages of the phrase, Shedgeule.) So, yes: Apple now has a pencil, which is a thing.

The iPad pro starts at $799—a lot for a tablet, but Apple is positioning it as a legitimate alternative to a laptop. The Apple Pencil, however, is a mere $99. They’re all available in November, perfect for your very ambitious Christmas list.