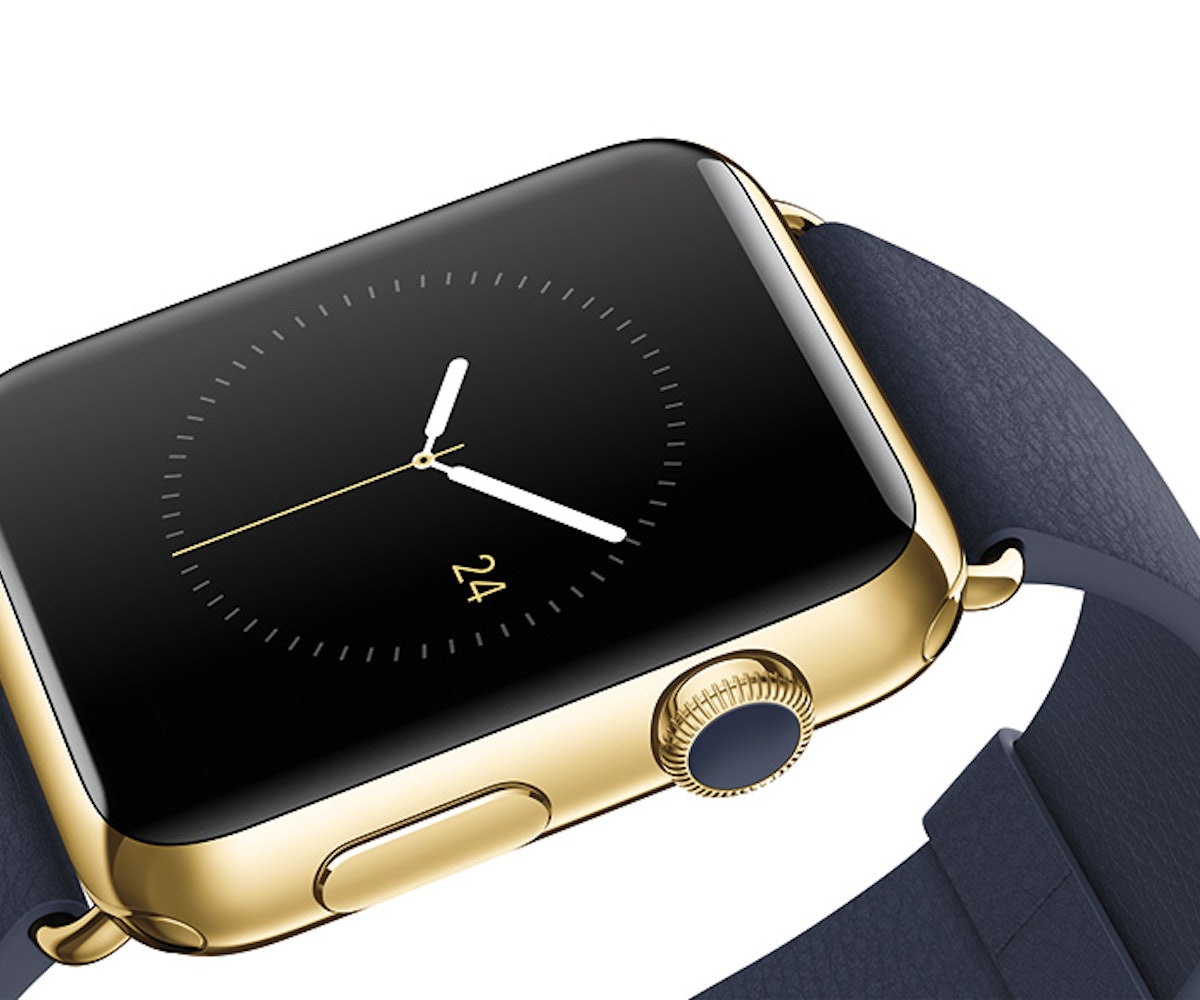 This morning, I got my Apple Watch. I knew that I wanted it immediately, because I suffer from horrific tech FOMO, where I worry that I am going to miss out on some big technological rising tide. I like having people fawn over my devices. I scooped a netbook, I owned a Flip Camera (remember those?), and even had a mini-disc player, for goodness' sakes. So I'm not opposed to trying out new tech, which is why I made sure to investigate the Apple Watch as soon as possible.

The Apple Watch, which debuted today, is so much more like the day the iPod debuted than the iPhone (I had one of those as soon as I could get my hands on it, too). While the iPhone was groundbreaking, iPod felt different. We were unsure of it, didn't want to move too quickly in its presence, unclear as to whether or not we really needed one. But with the increasing reliance on MP3s and the digitalization of music, the iPod didn't ignite a whole new approach to music, it was just at the right place at the right time and able to harness the energy of the shift.

Much like the Apple Watch. There are fitness bands, Android-based watches, and even basic haptic (things that buzz you, FYI) products like Ringly (which I like, as well). Yet, the Apple Watch seems to simplify all of these offerings in a sleek, square offering with a beveled edge. Sound familiar? The number one thing that is important to remember is that the Apple Watch should not be considered its own device, but an extension of your iPhone. But, why would you need an extension of your iPhone? Well, maybe you don't.

As we've established, I'm the textbook example of an early adopter. I love the idea of being able to check my messages without pulling up my phone. I like being notified that someone important has text messaged me, discreetly and without interrupting my conversation. I like the idea that pared down, easy version of apps with reach. Mostly, though, I like the design.

At its core, the Apple Watch is an Apple watch. It's a true timepiece and it allows you to customize the face in virtually any way imaginable (currently, I am digging the "Solar System" option because it reminds me how teensy-tiny I am in the universe, and I can also see when planets are aligned). In fact, customizing is the central experience of the Apple Watch. The truth is, if you sit down and work with it to truly make it your own device, the Watch is worth it. Which means, at this point, you have to commit yourself to being "an Apple Watch" person, which means taking inventory of your life and thinking about what things are worth a tap on your wrist—and what aren't—which is a near-existential question. It isn't super hard, since the product is so good-looking, the bands so well-designed, and the features so fun.

So, you don't need an Apple Watch, just like you didn't need an iPod in 2001. (It's funny that both started out with a clickwheel, though the Watch's is referred to as a Digital Crown.) But, perhaps like its millennial brethren, you might find the world around you growing to embrace the strangely addictive machine.

The Apple Watch is out today, and starts at $349 for the Sport model.