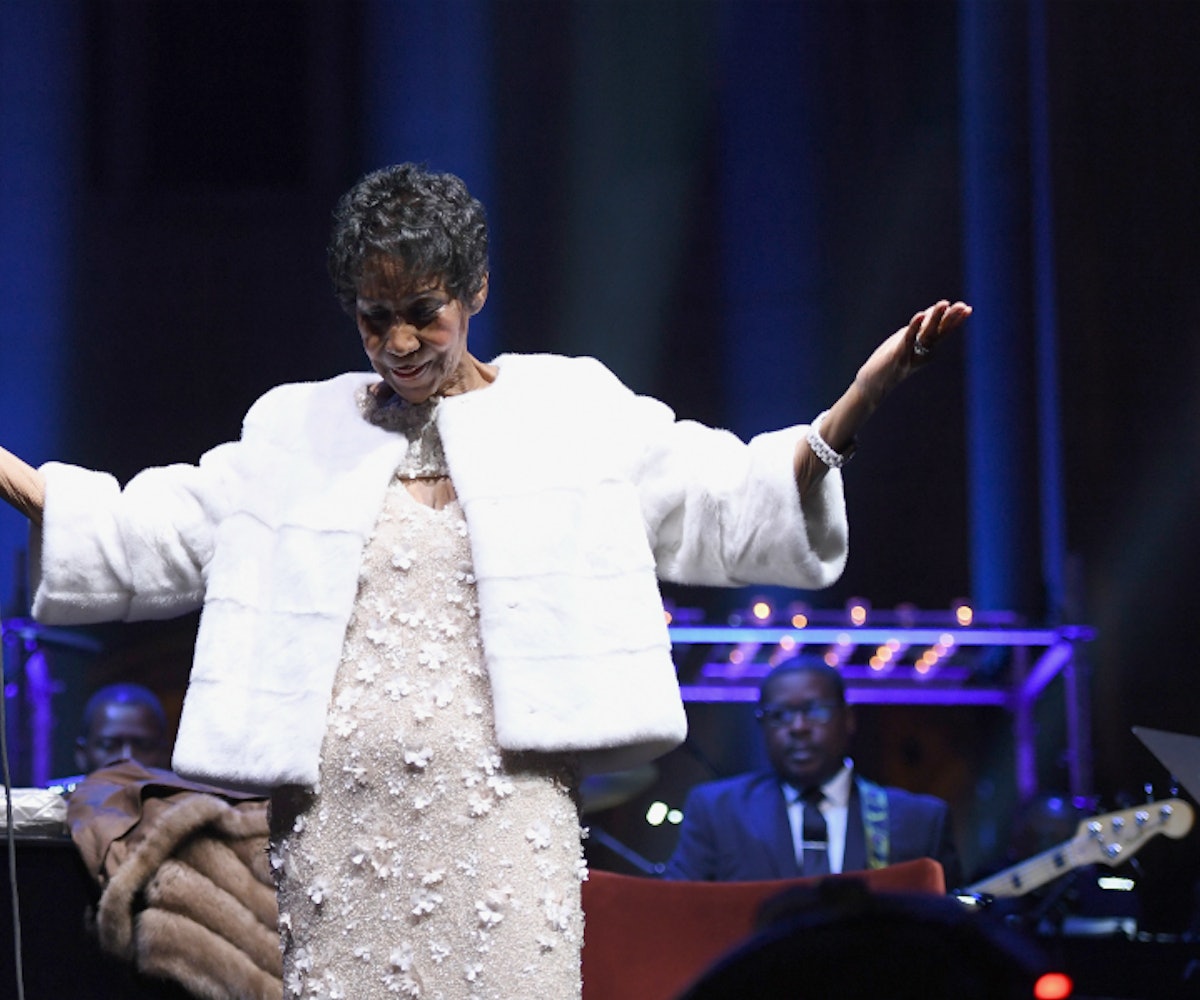 The family of Aretha Franklin has revealed who will perform at her funeral later this month.

Plenty of Franklin's longtime friends and collaborators are set to pay musical tributes to the singer, including Stevie Wonder and Jennifer Hudson. Prior to her passing, Franklin had personally chosen Hudson to play her in the forthcoming biopic. Faith Hill—who recorded a duet with Franklin for her 2011 album A Woman Falling Out Of Love, a track that was later cut from the record—will also be performing. Recently, Hill and husband Tim McGraw have been opening live performances with a rendition of Franklin's "I Knew You Were Waiting (For Me)."

Also performing are American Idol alum Fantasia and "I'm Every Woman" singer Chaka Khan. View who else will be paying tributes here.

The funeral is set to take place on August 31 at Greater Grace Temple in Detroit. The service is currently private but may open to accommodate a small number of fans.