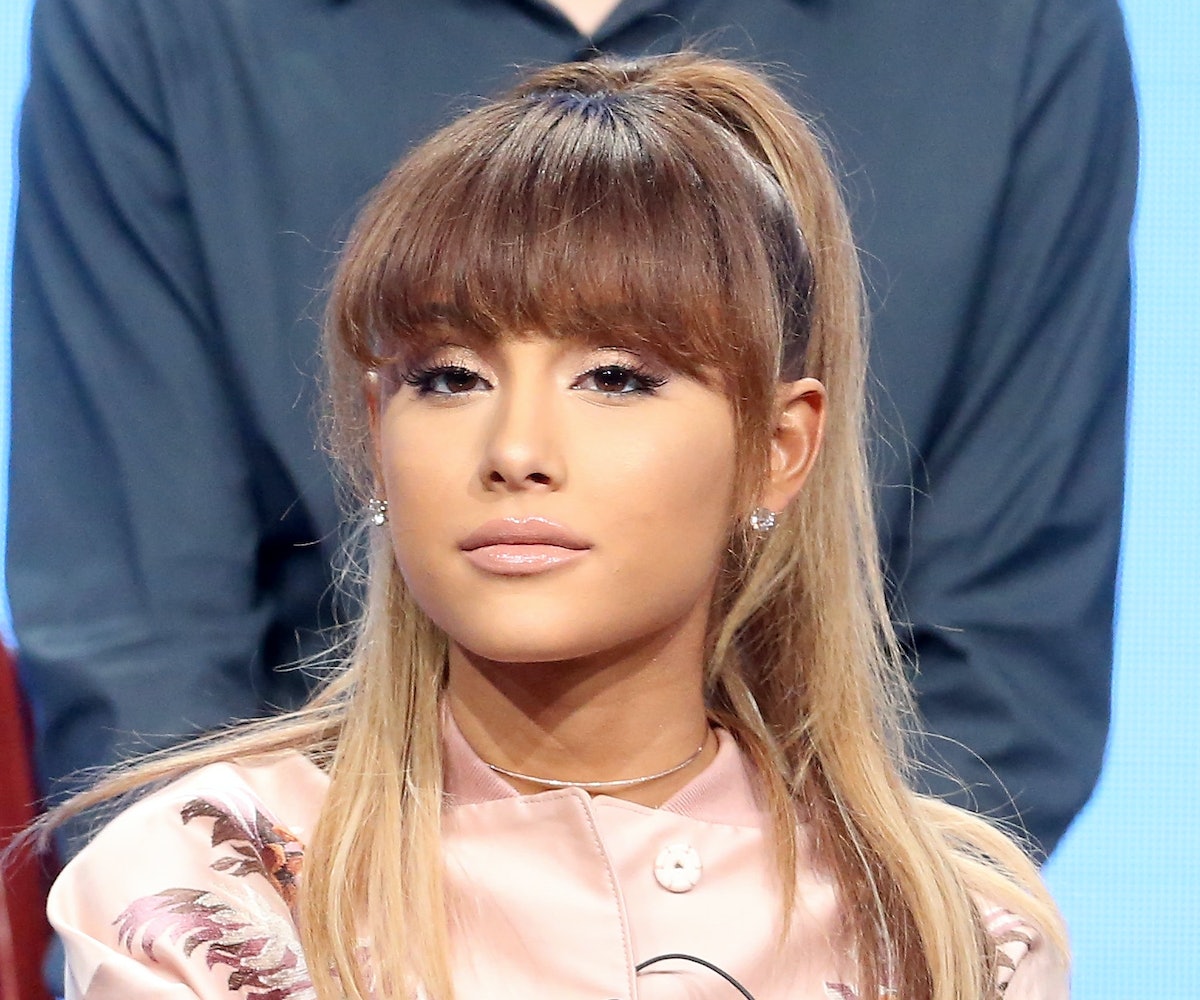 The music business is like a swap meet, with songs, sounds, and lyrics being bought, sold, and traded among the top artists and producers on the regular. That kind of fluidity might explain the rash of lawsuits that have plagued the industry this summer, as stars like Demi Lovato and Ed Sheeran have come under fire for possible shady activities when it comes to their music.

The latest pop idol to be accused of stealing is Ariana Grande. According to TMZ, the singer is being sued by songwriter Alex Greggs for copyright infringement. Gregg claims that Grande lifted the hook and several lyrics from Skye Stevens’ song “Takes All Night” for her 2014 single "One Last Time."

Greggs, who's previously worked with Lady Gaga, Justin Timberlake, and Michael Jackson, wants a portion of the profits from Grande’s single, which was co-written by super producer David Guetta. Grande has yet to issue an official statement addressing the accusations. It’s unclear whether Gregg’s claims are valid, but there’s only one way to find out. If you feel like doing some amateur sleuthing, you’ll find both songs below. Did Grande indeed steal from Gregg? You be the judge.