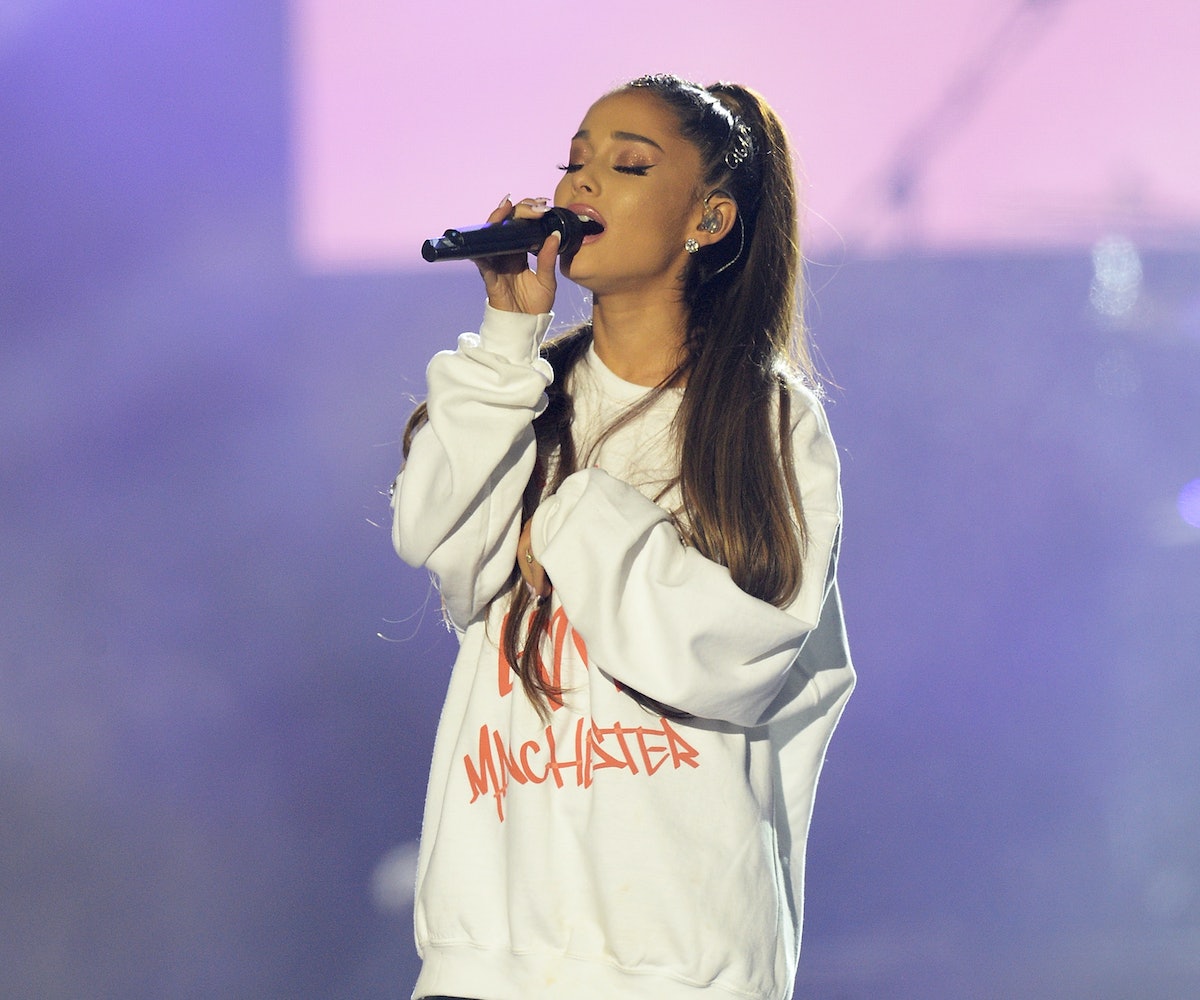 Following the bombing at the Manchester Arena after her May 22 show, Ariana Grande went on a brief hiatus from her Dangerous Woman Tour. But just three days after holding the One Love Manchester benefit concert to raise money for the tragedy's victims and their families, Grande returned to the stage in Paris on Wednesday night. And, according to fans, the pop star dedicated a performance of "One Last Time" to her "22 angels."

Grande got emotional several times during the song and, at some points, had the audience take over the chorus for her. "This one's for my 22 angels," she said before the song started, referencing the victims of the Manchester attack.

She also closed out the Paris show with her cover of "Somewhere Over the Rainbow," which she previously performed at her benefit concert. Grande has released the song as part of a 39-track One Love Manchester album, with all proceeds going to the We Love Manchester Emergency Fund. In the background during the performance was a projection of a fan-made peace symbol with her signature rabbit ears.

"We will continue in honor of the ones we lost, their loved ones, my fans and all affected by this tragedy," Grande said in a statement after the bombing. "They will be on my mind and in my heart everyday and I will think of them with everything I do for the rest of my life."