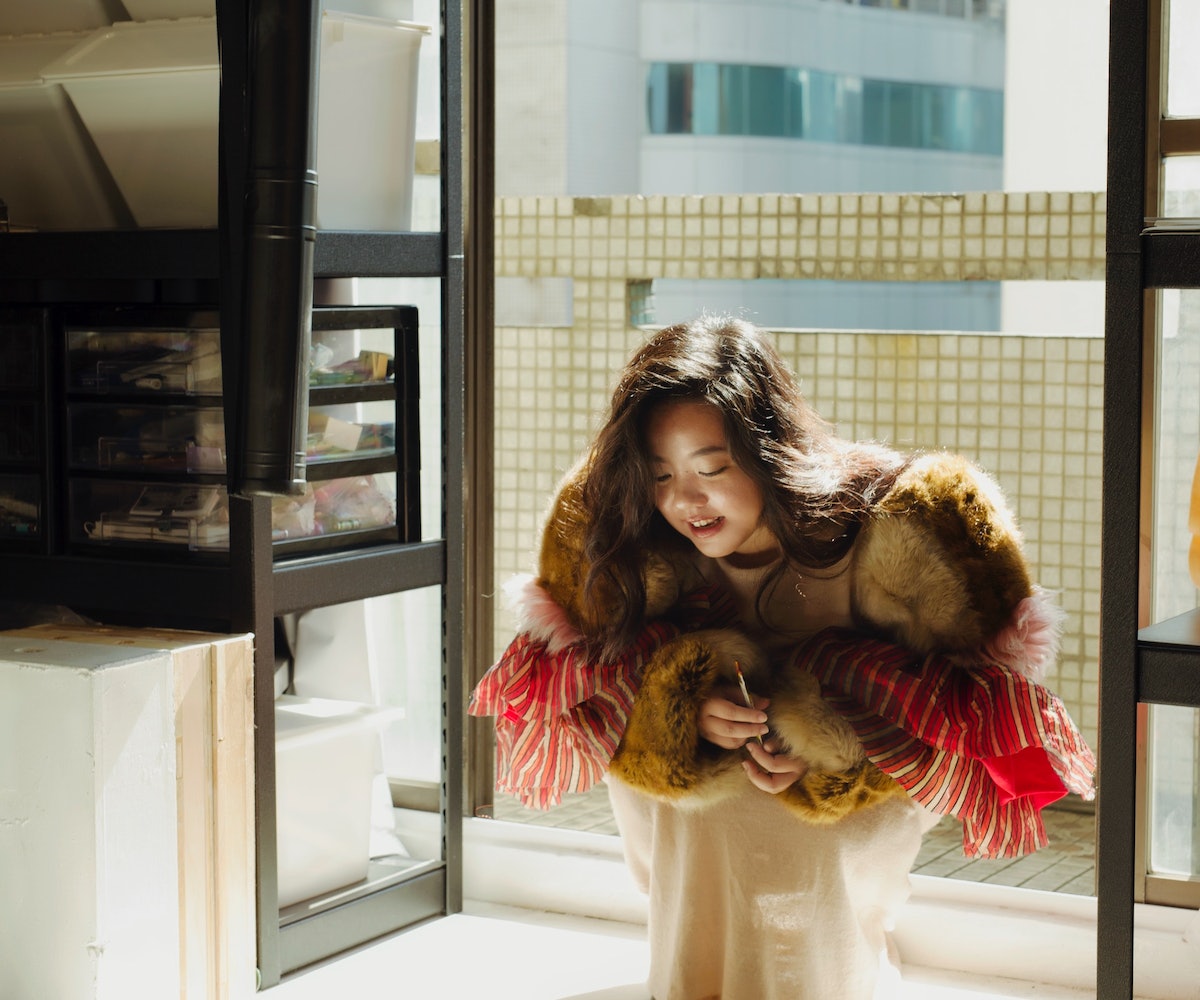 Aristophanes’ stage name came to her in a dream. Before that night, the Taiwanese rapper, born Pan Wei Ju, felt no great kinship with ancient Greek playwrights. She still doesn’t, really. But a man, whose face she’s since forgotten, appeared to her and asked her to spell out “Aristophanes,” and she awoke with the overwhelming feeling that she should adopt the historic writer’s name. “He didn’t ask me in the dream to use that name,” she explains over Skype from her home in Taipei. “I just felt like I wanted to.”

Under this name, she began uploading her urgent raps over glitchy beats to SoundCloud, where they quickly caught the attention of Grimes. Their subsequent collaboration, “Scream,” from Grimes’s 2010 album Art Angels, introduced the world to Aristophanes’s intoxicating style of rapping—somewhat playful, somewhat sinister, lyrically impenetrable to many of its listeners (especially those who don’t understand Mandarin), and yet somehow crystal clear in its intent. Nearly two years later, her debut album, Humans Become Machines, set for release on February 24, reinforces her approach.

The record exists on as many different musical planes as its otherworldly song titles suggest. “Planet of Evolution” injects brass bursts into its spacey soundscapes, as the vocals escalate into a frenzy. On “SpaceBird,” she raps through a languid haze over psychedelic instrumentals. But the songs take on terrestrial subjects in their lyrics, such as gender, capitalism, and sexuality. She approaches them with a sideways glance, anxious to avoid offering up a self-serving polemic in place of actual art. She’s wary, too, of reducing a person’s identity down to a single marker, because to do so “means you just take part of somebody,” Aristophanes says. “You can’t take one part out of a human being and use that, because a whole person is complicated. [They] mean so many things. So I will imagine a friend and put them in a certain space or a certain time. I invite them to my song.”

Aristophanes envisions her mother, too, when she seeks inspiration—though her mom isn’t exactly aware of her influence. Neither of her parents, in fact, have any idea that their daughter, a former creative writing teacher, is even a rapper. So what do they think it is that she does? “Er, I think they just don’t discuss that,” she replies. Still, her mother impacts Aristophanes’ lyrics because of how much motherhood—whether the reality of it or the prospect of it—affects a woman’s life. “As a feminist I want to discuss this,” she says. “I don’t have a good relationship with my mother, so sometimes I don’t like to write about this, but I need to, so I can say, ‘Okay, I’ve escaped from my mother so everything’s fine. Let’s pretend that never happened.’”

She might not have much of a relationship with her parents, but Aristophanes has the formidable support of her friends. They are the audience for whom she’s most anxious to play her new music—particularly “Stop,” the album closer, which she created with Arcade Fire’s Will Butler. It’s the most musically unsettling of the lot. At its climax (and a rare moment on the album in which English is spoken), she and Butler half-whisper the word “stop” repeatedly, as she breathes in time with the music.

The song’s subject matter comes as a sudden punctuation mark to our conversation, tumbling from Aristophanes’ mouth after she’s spent several minutes skirting around it. It was inspired by a scene from 2001: A Space Odyssey, she says at first, launching into a shot-by-shot account of one of the film’s pivotal scenes before trailing off and starting again. “It’s a song about rape,” she says finally. “I have this kind of experience, and it’s really hard for me to just say it. The reason I wrote this song is because...there are so many girls around me that have that kind of experience. I just feel like I need to say something, via my song.”

She continues, emboldened now by having said it out loud. “When I recorded this song, it’s like there was a demon and they grabbed me, and I was so emotional. I was so angry, full of fear. After, I was still shaking, but when I heard it, I thought, ‘Wow, I have never made anything like this. I just shared a really special part of me.’ I don’t know if it’s appropriate to say I’m proud of that, but to me it’s really special.”

It’s absolutely appropriate, I assure her. She smiles. “That’s cool. Even if it’s not easy, I’m happy that I made that song.” When it comes to telling her own story and exorcising her demons, Aristophanes’s music isn’t a mere glance—it’s a full-on stare.

Listen to her new single: