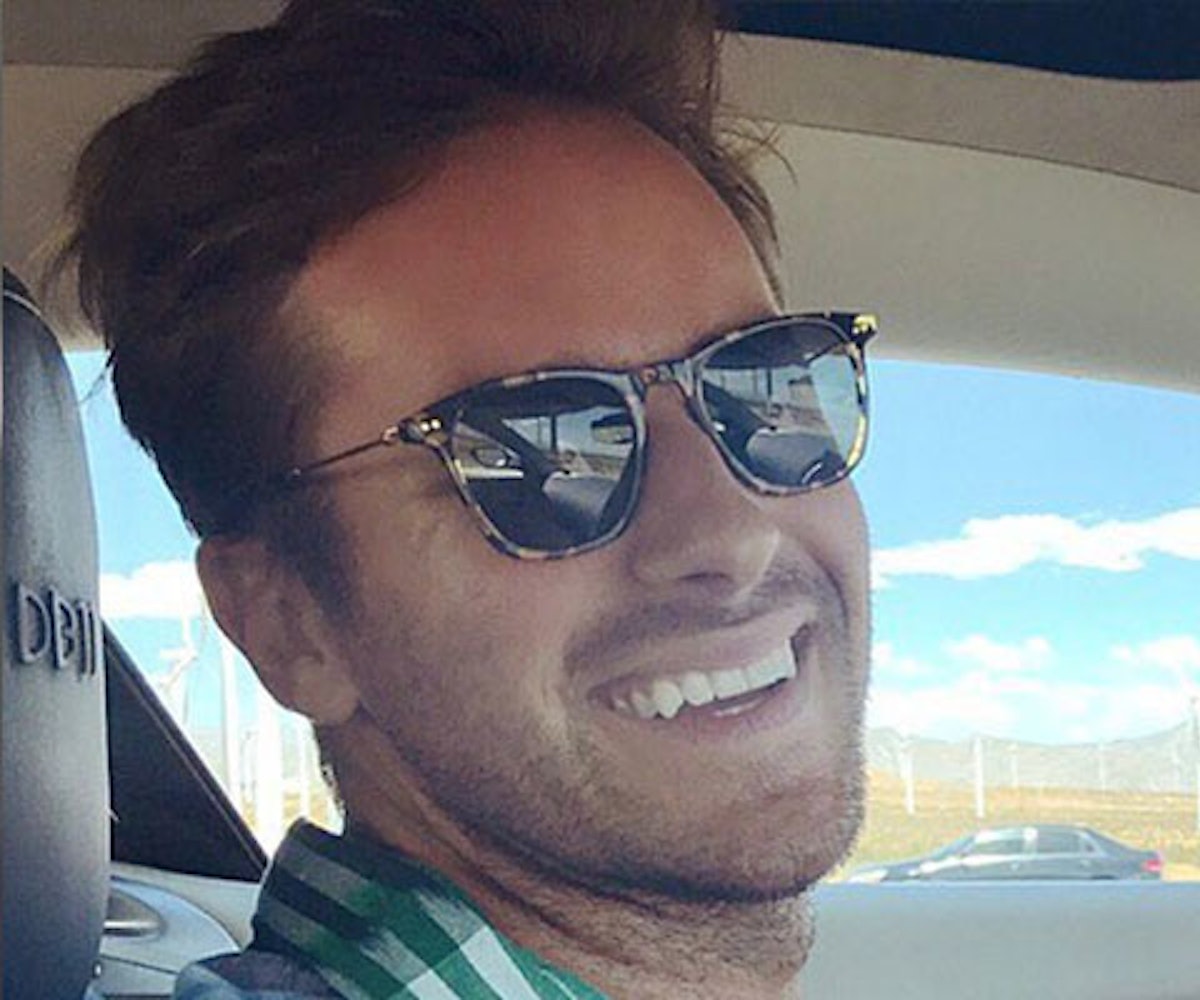 Armie Hammer, who stars in the Oscar contender Call Me By Your Name, has decided to leave Twitter after BuzzFeed published a lengthy and negative story on the actor's career over the past decade. The site's senior culture writer, Anne Helen Petersen, dug up every magazine Q&A and photo shoot with Hammer from the last 10 years, looking for evidence that he is a "rich asshole" who's been given one too many opportunities.

After reading the 6,000-word piece, Hammer tweeted, "Your chronology is spot on but your perspective is bitter AF. Maybe I’m just a guy who loves his job and refuses to do anything but what he loves to do…?" Then he just got rid of his account altogether, further proof that we really can't have nice things.

While in her story, Petersen is hell-bent on proving Hammer is a bad person, there's not a lot of evidence for that. Sure, there's definitely plenty of evidence he's wealthy (he's the heir to his great-grandfather Dr. Armand Hammer's Occidental Petroleum fortune), but as for the "asshole" part, not so much. While he played characters like the Winklevoss twins in The Social Network and some douche in Gossip Girl, that doesn't make him an asshole in real life. In fact, the quotes from people who actually know Hammer depict him as the opposite. "He’s a humble, hardworking actor, a friend who’d jump in front of a bus for you," Aaron Sorkin, who wrote the screenplay for The Social Network, told Details.

At one point, Petersen even alludes to the fact that Hammer is somehow using his own wife, Elizabeth Chambers, as a way of proving his "heterosexuality" and "masculinity," since she is sometimes present for interviews. Meanwhile, Hammer is the only one not making a big deal of his sexuality, or anyone else's for that matter. The actor has called out reporters for ignorant questions about kissing men onscreen. “It just felt like kissing,” he once said. “I also had to shoot a machine gun in the movie, but nobody asks about that.”

Petersen obsesses over Hammer's prince-like looks and tries to prove that his success is contingent on him being a "beautiful, pedigreed white man." Only, her story doesn't so much paint Hammer as an asshole as it paints her as petty.

In all of the interview clips Petersen pulls, Hammer actually sounds grounded compared to other "beautiful, pedigreed white" men, which make up about 80 percent of Hollywood. He's not only held reporters accountable for irresponsible questions, but he called out the hypocrisy behind the Academy's decision to banish The Birth of a Nation following the rape allegations against director, Nate Parker, while awarding an Oscar to Casey Affleck, who "has three cases of sexual assault against him,” Hammer said.

At the end of her piece, Petersen shoehorns all these scraps of "evidence" to mean that Hammer is bitter because he's had to struggle "the way women and actors of color in particular" do. But no one said Hammer is bitter. And while she may be right that Hollywood is quick to forgive white men, like Affleck and Mel Gibson, it's unfair and misguided to compare Hammer to men who've been accused of physical and sexual assault. Hammer was just in some bad movies.

Honestly, Hammer seems like a very chill guy who just wants to cruise Twitter for fun bondage pics and troll James Woods. Again, he was in some unsuccessful films, but just because he hasn't quit doesn't mean he's a privileged asshole who doesn't deserve his success. He's probably one of the worst examples you could choose to illuminate "the processes that have, for decades, allowed Hollywood’s interior logic," as Petersen puts it, "to endure."

There are a lot of rich white men unworthy of a Hollywood comeback, and, as far as we are aware, Hammer isn't one of them. Just because you don't like some of his characters or films, that doesn't put him anywhere near the same plane as someone like Gibson, who beat his pregnant girlfriend and is now allowed to star in children's movies. Hammer's not the man we should be making an example of.

He's the one calling out conservative blowhards and making us all feel more comfortable about our fetishes. And he seems to be right about a lot of things, including this article being bitter AF.