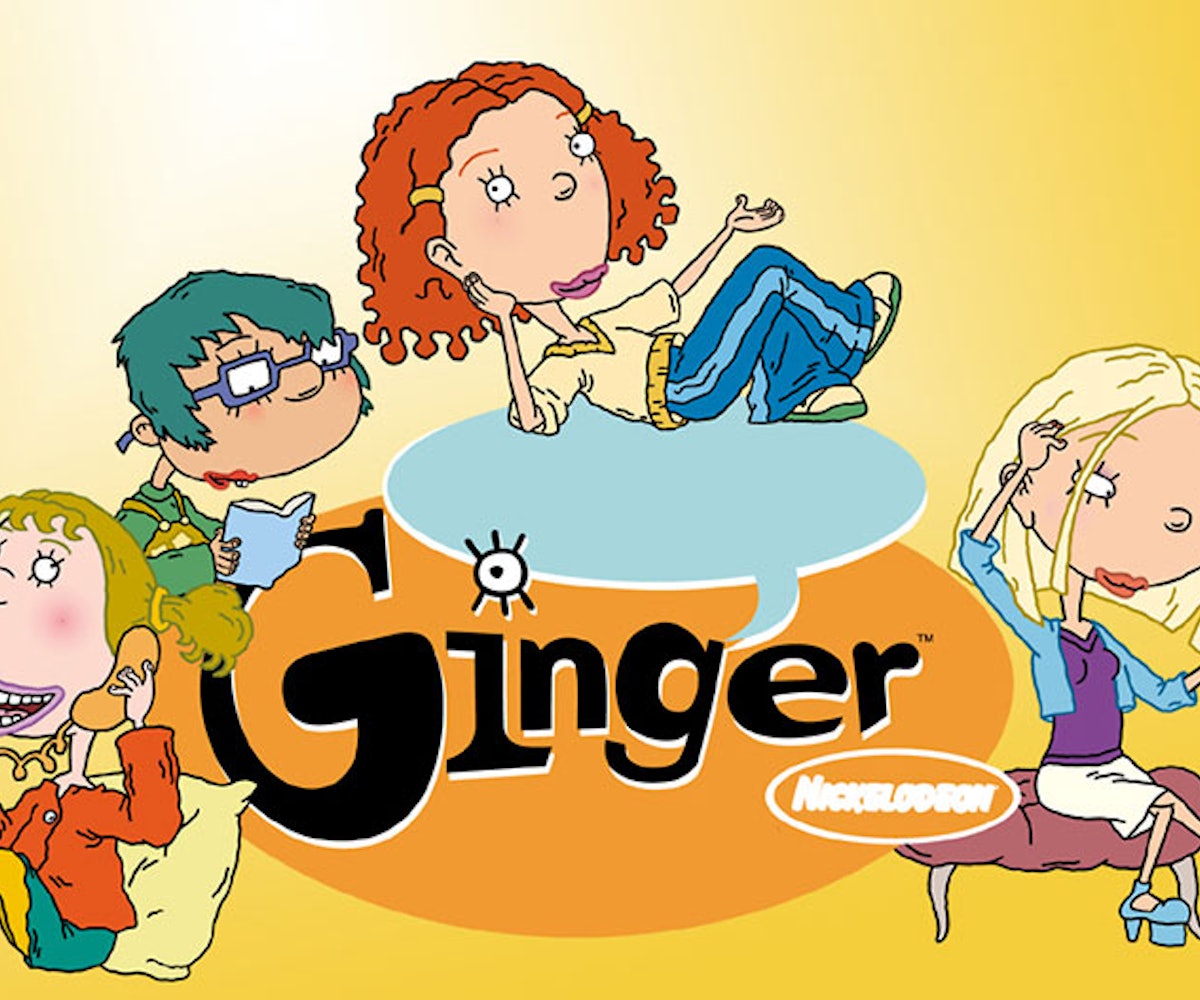 Updated on January 11, 2016: It turns out the rumor that As Told By Ginger would be returning to television in 2017 is just that. A representative of Nickelodeon told us over e-mail that “there are no immediate plans to for a reboot at the time.” Sorry, folks. The grass is still greener on the other side, though. That much we know for sure.

Original Post Published on January 10, 2016: Not one to let the nostalgia train pass without hopping on, Nickelodeon is rumored to be reviving one of its most beloved shows: As Told By Ginger.

MoviePilot reports that Emily Kapnek, the show’s original creator, is teaming up with Nickelodeon to bring the show back after its three-season run, which began in 2000. Between this and the forthcoming Hey Arnold! TV movie, the last half of the 2010s are going to look a lot like the early 2000s.

As Told By Ginger, if you remember, follows the all-too-relatable trials and tribulations of Ginger Foutley, a grade schooler just trying to find her place in this great, confusing world. There were episodes on breakups, death, depression, and other real-life things that made it a must-watch. MoviePilot reports that the reboot will begin right where As Told By Ginger left off, with the cast in high school. The new series won’t be riddled with nostalgic references, though. Like the Hey Arnold! project, Nickelodeon wants to bring in a new generation of viewers. “You have to remember people who are going to watch really don’t have a recollection of As Told By Ginger. You have to make it relevant to them but also nod to the audience that is going to be interested,” Russell Hicks, Nickelodeon Group’s president of content development and production told the site. Concept art for the new show is posted over at MoviePilot. It looks a little wonky, which has us thinking this rumor might be just that, but it’s enough to have us humming its inspiring theme song for the rest of the day.