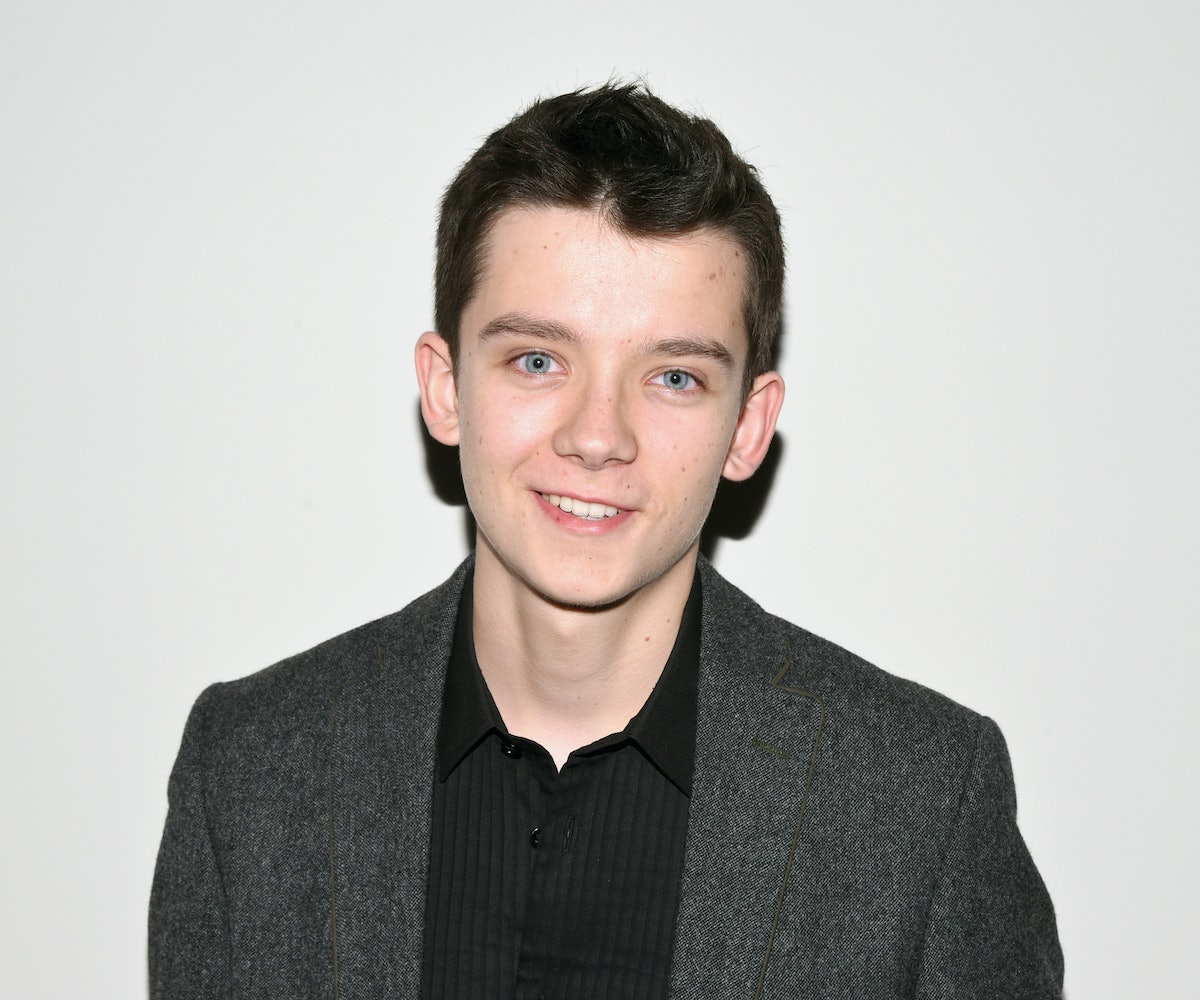 Asa Butterfield, who was first introduced to us as the title character in Martin Scorsese's 3D children's fantasy Hugo, is in the midst of pulling off one of Hollywood's trickiest feats—transitioning from childhood to adulthood on screen. The 18-year-old Brit's most mature role to date is in this weekend's Ten Thousand Saints, a coming-of-age drama set in and around New York's late-'80s punk scene. Butterfield, who reunited with his Ender's Game costar Hailee Steinfeld, plays Jude, an angsty teenager who moves to New York in an attempt to reconnect with his estranged father (Ethan Hawke). It's a nuanced performance in a modest indie. The actor was also reportedly among the final choices to play the new Spider-Man—at one point websites were reporting that he landed the role—before Tom Holland ultimately nabbed the coveted part. We spoke to him about what that experience was like, his new film, and entering adulthood as an actor.

Were you familiar with the punk scene in late-'80s New York before you took this role?

Do you think you’ll continue to skateboard?

Probably, I do enjoy it. I mean, I cycle everyday so I’m a bit of a bike enthusiast. It’s just the easiest way to get around London.

What was an aspect of Jude that you found yourself relating to the most?

Jude is quite a complex character. He’s got a lot of internal conflict going on, and throughout the film you see that sort of struggle embedded inside of him. I think what he is going through is really tough. Fortunately, I didn’t have to go through any of those sorts of things, so it’s quite hard to relate to certain aspects of it.

This is your second time acting with Hailee, but now you two are inhabiting a completely different world from your last one in Ender’s Game. What was that like?

It was quite a lot of fun. I think me and Hailee got on really well before we started shooting, so at the end of the film we were good friends. I think I can speak for Hailee as well, that this film was a stepping stone into more mature, adult roles dealing with different issues. Previously all the films I had done had been for a much younger audience.

If someone were to make a coming-of-age movie about your life, what period do you think they’d focus on?

I turned 18 and all of a sudden I’ve got more responsibilities. When I shot the Tim Burton film this year, it was the first film where I didn’t have a chaperone because I didn’t have to have my mom or my dad with me. So I was living by myself pretty much for the last five months, so I think I really developed as a young man.

Speaking of responsibilities, do you have more control over your career now that you’re entering adulthood?

I’ve always had control of my career but now that I’m an adult, I’m a lot more involved with the whole procedure behind it, whereas previously it would be my mom doing all the emails and doing all the background stuff. I understand it a lot more and I understand the business. I think you get a better understanding of it as you get older.

You were recently involved in a very sort of public casting process for the Spider-Man role. What was that like for you?

Well I was in a little town shooting a film at the time and I was totally focused on that, so I just let it all slip under the radar for me. I couldn’t really look at it or listen to it, and it wouldn’t change anything. So I focused on the film I’m doing. But yeah, that was a funny few weeks.