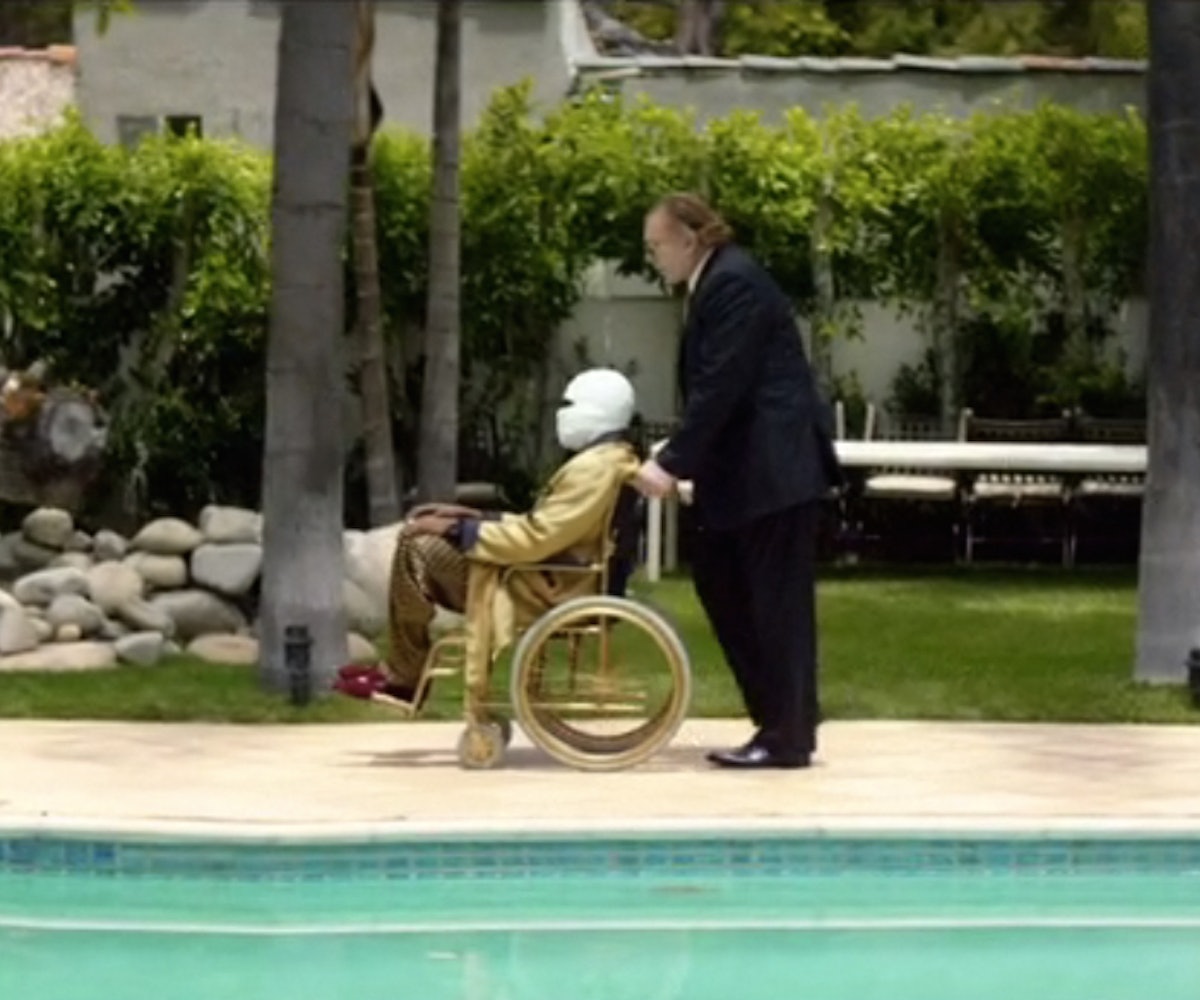 Not to get all Seinfeld on you, but what is the deal with creepy hip-hop videos? Seems you can’t lip synch a few bars on camera without being buried alive these days. Not that we’re complaining.

It’s a “Hollywood Story” with shades of Michael Jackson, Howard Hughes, and other famous cautionary tales told from end to beginning. Love it.