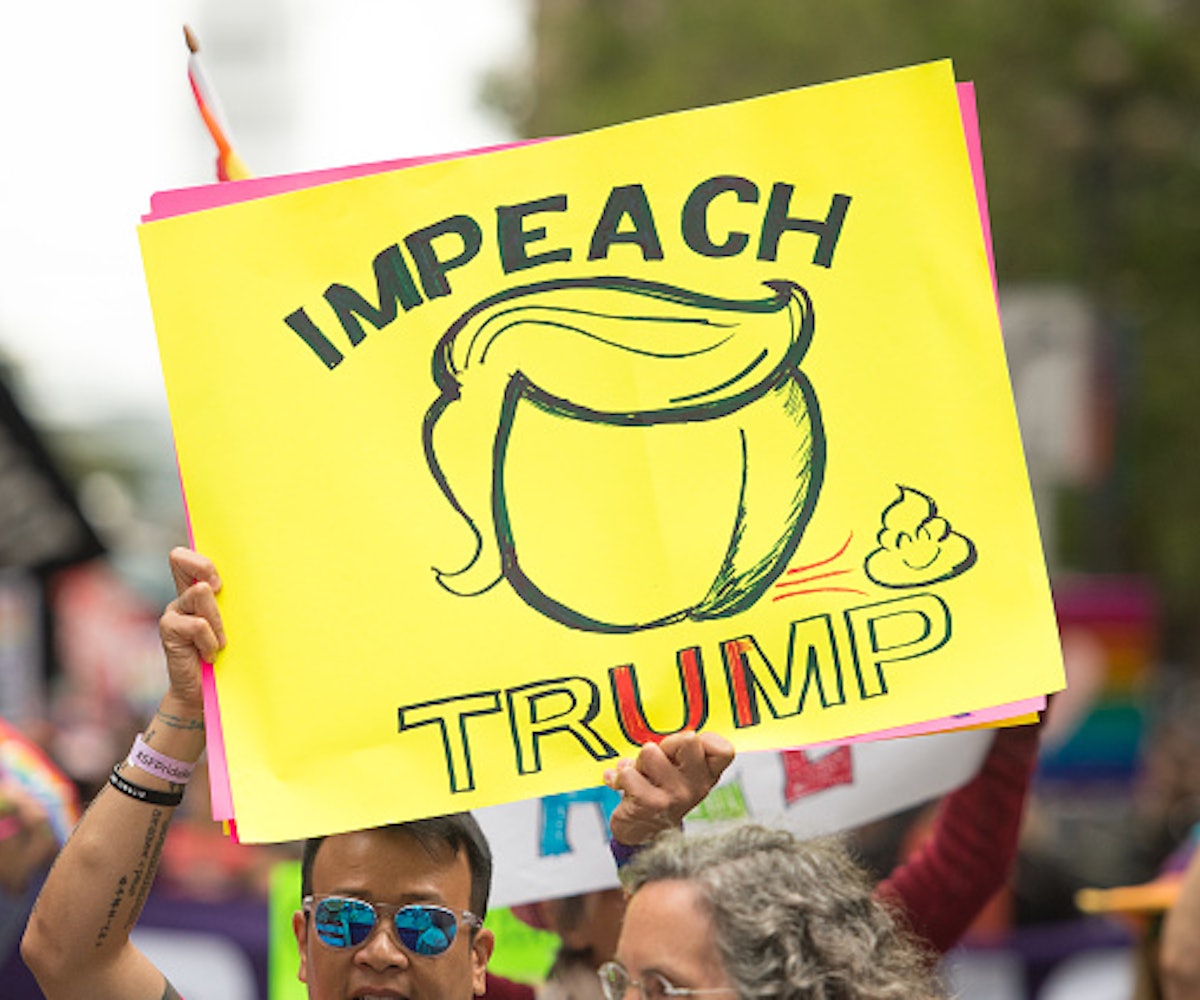 It's no surprise to anyone living in the U.S. that Donald Trump is ruining America, but one problematic Australian journalist's succinct take has quickly gone viral. Political editor of the government-funded Australian Broadcasting Corporation, Chris Uhlmann, called Trump “an uneasy, lonely, awkward figure" at the G20 Summit, while running clips of Trump wandering the summit floor alone.

Uhlmann described Trump's foreign policy as pressing "fast-forward on the decline of the United States." While Uhlmann's words are accurate, it's important to remember that this journalist is not to be praised, as he's been documented saying that Jewish intellucturals brought communism to America.

"Reminder that ABC political editor Chris Uhlmann believes the Jews infected the US with communism," Australian freelance writer Eleanor Robertson wrote. "This is what he actually thinks."

In his viral takedown of Trump, Uhlmann says, "What we already knew, is that the President of the United States has a particular skill set; that's he's identified an illness in Western democracies, but he has no cure for it and seems intent on exploiting it. And we've also learned that he has no desire and no capacity to lead the world. The G20 became the G19 as it ended. On the Paris Climate Accord, the US was left isolated and friendless. But given that was always going to happen, a deft president would have found an issue around which he could rally most of the leaders. And he had the perfect one—North Korea's missile tests."

He explains that Trump didn't address North Korea, and neglected to put pressure on Russia and China to do something about it. Then, Uhlmann points out that we cannot confuse Trump's speeches with his actual ideas. "There's a tendency among some hopeful souls to confuse the speeches written for Trump with the thoughts of the man himself." As we all know, "it's the unscripted Trump that's real," he says. "A man who barks out [a] bile 140 characters, who wastes his precious days as president at war with the West's institutions like the judiciary, independent government agencies, and the free press."

At the G20, a lot of world leaders were trying to work around Trump. Or, if you're Angela Merkel, just bury your head in your hands and hope he's gone when you look up.

"Donald Trump's a man who craves power because it burnishes his celebrity," Uhlmann continued. "To be constantly talking and talked about is all that really matters and there is no value placed on the meaning of words. So what's said one day can be discarded the next."

When summing up what was learned by the G20, Uhlmann says, "We learned that Donald Trump has pressed fast-forward on the decline of the United States as a global leader. He managed to isolate his nation, to confuse and alienate his allies and to diminish America." He adds that Trump will cede this power to China and Russia, who will "forge a very different set of rules for the 21st century." While some people, he says, will be happy about the downfall of the U.S., "I think we'll miss it when it's gone."

You can watch the full video below. But as Robertson put it, "If only [Uhlmann] could bring such powerful condemnation to the antisemitic cultural marxism conspiracy theory he advocates."