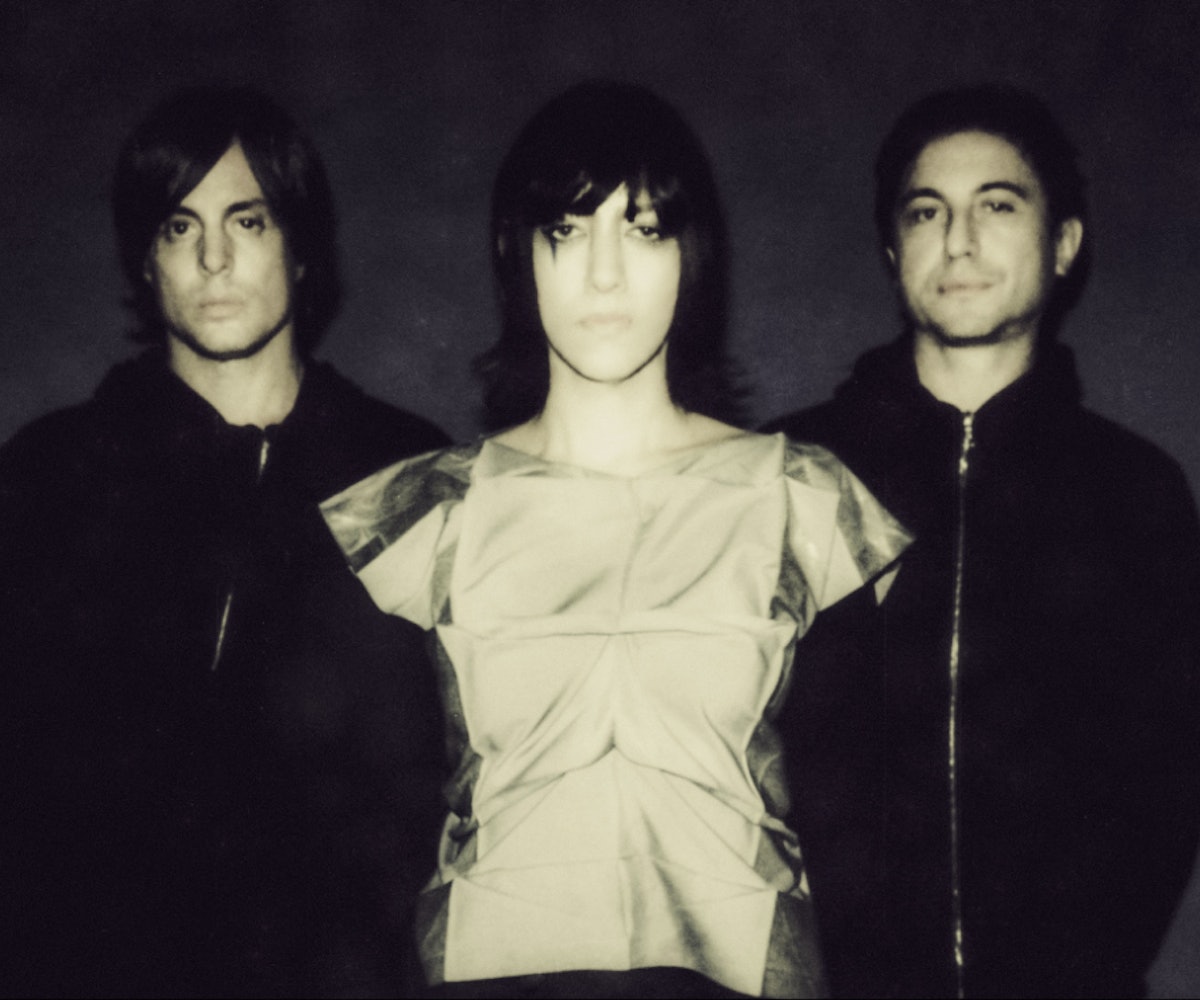 It takes guts to put out a record called Pussy’s Dead without being remotely tongue-in-cheek, but Autolux have always been a band to push boundaries. Comprising of Failure founder Greg Edwards, drummer extraordinaire Carla Azar, and vocalist/bassist Eugene Goreshter, the L.A.-based rock group returned this spring, after almost six years of radio silence, and made waves by working with Beyoncé producer Boots. Now in the midst of touring, we caught up with Edwards to talk about the show, new record, and death of the L.A scene.

It’s been a while since you guys last toured. How’s the show coming along?

Yeah, we played a one-off festival show two years ago and we really haven’t done any touring since 2010. We have a visual side to the show that punctuates and elevates the music, but just like the show itself, we’ve been discovering what works. Imagery from some of the videos we’ve done, imagery from the album artwork is definitely making appearances in some form.

Six years is a long time to be out of the spotlight. What was going on in the interim?

Carla toured with Jack White and she was also in this movie Frank. No matter what we were doing, we were always coming back and working on the record when we could. My first band Failure reformed, and we had a record and toured a little bit. We wrote a lot of the foundational ideas for this record in a pretty short span of time. A lot of them were just acoustic guitar and some kind of drum beat. I went through a catalog of Carla’s drum beats where I would pick one and start working with it. A lot of the ideas started that way. We also had “Soft Scene” really early on, which was an experiment that Carla and I tried, wanting to do something totally different. The timeline allowed us to eventually get together with Boots and finish the record with him.

Did you feel tempted to make an album of experimental tracks like “Soft Scene”?

I don’t think we would have ever made an album of just “Soft Scenes.” The records that we love and reference often have songs that are outliers like that, pulling it in both directions. I like “Tomorrow Never Knows” but I also like “When I’m Sixty-Four,” I love that stuff being able to sit in one record. “Soft Scene” was a pure experiment, like "What could we do with this crazy, distorted synthesizer base, and a very simple, stark electronic beat?" Once we had the foundation for it, we felt we were onto something. It felt natural and organic the way we arrived it. Years later, when we met up with Boots and started working on the record with him, it just made sense.

How did you end up working with Boots?

I was intrigued by the story behind the Beyoncé record he worked on, so I bought it on iTunes, and there were certain songs where I was amazed. I immediately took it to Carla at our studio and played it to her. It turns out the songs I liked were Boots’ production and based off his demos. A few months later, he tried to get in contact with us through our management and just wanted to say hi as a fan. He called Carla and started talking, and she realized he was the one who’d done the Beyoncé songs we liked so much. She was talking about how we loved the way the percussion and the overdubs were on “Partition,” and the starkness of the synth, and that was one of the things he was proudest about. Within eight minutes of being on the phone with him, he decided he had to help us finish the record.

How did he influence the shape of the record?

He’s not someone that we would have arrived at just thinking about it. We’ve never been a band that’s been that interested in the idea of working with name producers. We’re kinda self-contained and never really looking for that outside producer experience beyond a facilitator that keeps things moving along. In terms of having a producer who’s a creative part of the process and really involved and has an understanding of what we’re doing from the inside out, we never dreamed of that. That’s what Boots was. He came in out of nowhere and clicked immediately. He had been a fan of the band so he knew the body of work as well as we did. Nobody had ever gotten in the middle of the Autolux world with us like him, and he immediately gained our trust.

The lyrics on the record seem laden with malaise and weariness. Did that stem from a particular event in the band’s life?

I always want to write lyrics that have that depressive sense to them. I always find a humor in it. Just going there so directly becomes funny to me. There’s something cathartic about saying that it’s just awful and never going to get better. You’re not trying to prevent any kind of hope, but I think it’s an easy way to always find a solution. Whatever the source material, what I’ve found is that when I analyze it, it comes from something years before that’s been gestating, but I don’t like to tie songs to a single interpretation. Whenever I sing the lyrics live, I like to find new ways of connecting with it.

A few years back, Carla said that the scene in L.A. was dead. Is that still accurate?

Honestly, from the beginning of this band when the so-called Silver Lake scene existed, I’ve been so out of it in terms of scenes or what’s going on. When the Silver Lake scene seemed to be this strong, definite thing that was being talked about, I was geographically in the midst of it and even I couldn’t put my finger on the pulse of it. It all seemed very strange and abstract to me, like it was something made up by the press. I’m just not aware of scenes in Los Angeles, or anywhere, really. It’s like something I read in history books: it’s a nice idea to organize what’s happening, but it doesn’t feel real.