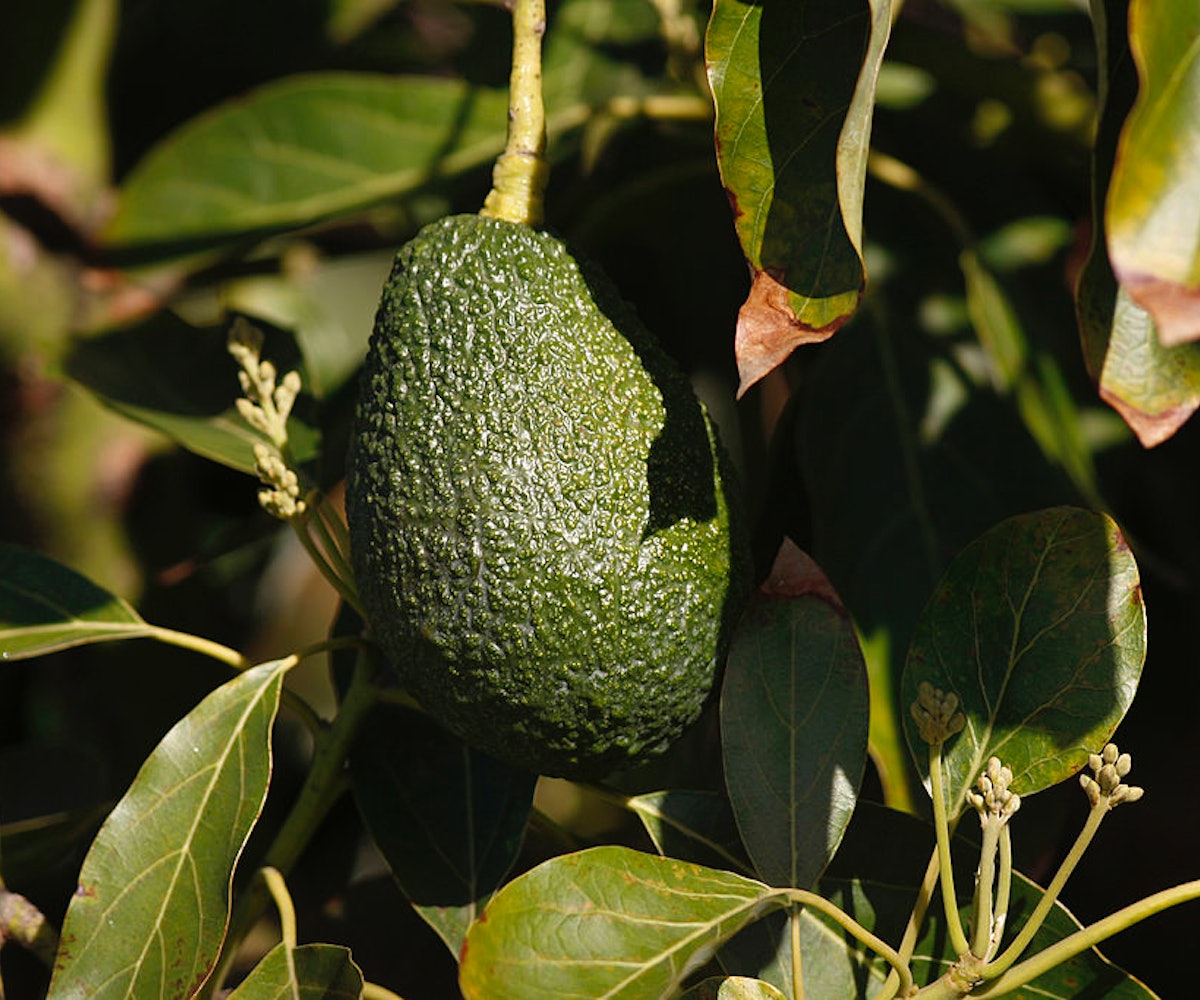 There are plenty of things to be worried about in the world right now: The rise of “Mr. Brexit," the demise of a storied media company thanks to a vengeful billionaire, and the possibility of stumbling across one of these artistic monstrosities while simply walking down the street and minding your own damned business.

But if there's one thing that's going to have a real effect on your day-to-day existence (and also of your Instagram feed), it's undoubtedly going to be this: It's probably time to stop eating avocado toast. As long ago as April 2015, it had started to become pretty clear that our relatively newfound national obsession for all things avocado was having a truly negative impact on the environment. As Adam Sternbergh reported in New York magazine last year, the ongoing drought in California was having catastrophic effects on the avocado crop, simply because the green fruit (actually a berry!) requires "72 gallons of water to grow... compared to, for instance, nine gallons to grow a pound of tomatoes."

Sternbergh focused on the fact that the only practical thing for purveyors of avocados to do was to raise the prices on the popular food item, because no matter how expensive, people would ultimately still pay. In Brooklyn Magazine, I wrote that this solution, while an understandable one, raised a moral conundrum about the ongoing consumption of avocados, namely that it might be time to "step back and question the whole idea of 'good' food [like the avocado] in general, and how its rise has coincided with the idea that it is more important to care for ourselves individually, then it is to care for things in a more universal, holistic way. Maybe eating well can’t anymore be about indulging, and must instead be about abstaining—especially when the common good is being sacrificed for the good of your Instagram feed."

Now, more than a year later, the problem of the avocado has become more dire. The Associated Press reports that "Americans’ love for avocados and rising prices for the highly exportable fruit are fueling the deforestation of central Mexico’s pine forests as farmers rapidly expand their orchards to feed demand." The deforestation of these areas is bad for several reasons, including the fact that it's depleting the available water resources thanks to the voracious thirst of avocado trees and also because these locations are the wintering grounds of monarch butterflies, and their disappearance is bound to upset the migratory plans of these delicate, beautiful creatures.

Even beyond that, it's not only an indicator of the many ways that our habits are having an impact on the environment but also the way that the changing climate is having an impact on our lives; whether we want to or not, it's time to pay attention. Avocados aren't the only food that is becoming a problem thanks to the drought, changing temperatures, deforestation, and other environmental issues. There's been a huge run on almonds (thanks to the new ubiquity of almond milk) and on quinoa (the original "superfood") in the last decade, and the increased production of both those foods has had devastating effects on the regions where they are grown, thanks to their need for massive amounts of water in the case of the former and deforested land in the case of the latter.

Climate change and the ensuing environmental upheaval can seem like an abstract, unwieldy concept; it can also make the average person feel helpless and disconnected from any ability to cause change on a personal level. But while impending (or even already existing) realities, like rising sea levels or melting polar ice caps, can be hard to wrap our heads around, the direct effects of things like superstorms and massive flooding or years-long droughts are things that we're already feeling. Sometimes those things have major impacts, like in the way Superstorm Sandy has caused major public transportation chaos in New York City for years to come, but other times, the differences are smaller, but no less real, like in the ways that avocados might become prohibitively expensive or almond milk might one day be harder to find.

For now, of course, almond milk will still be available in just about every grocery store, and quinoa bowls on the menu of every cafe and Instagram feed of every foodie you know, but it's becoming more and more difficult to ignore that many of the most basic decisions we make each day—including what food to eat or milk to put in our coffee—has implications far beyond our momentary whims and tastes. Avocado toast is still going to be available, but it might just be time to stop eating it.