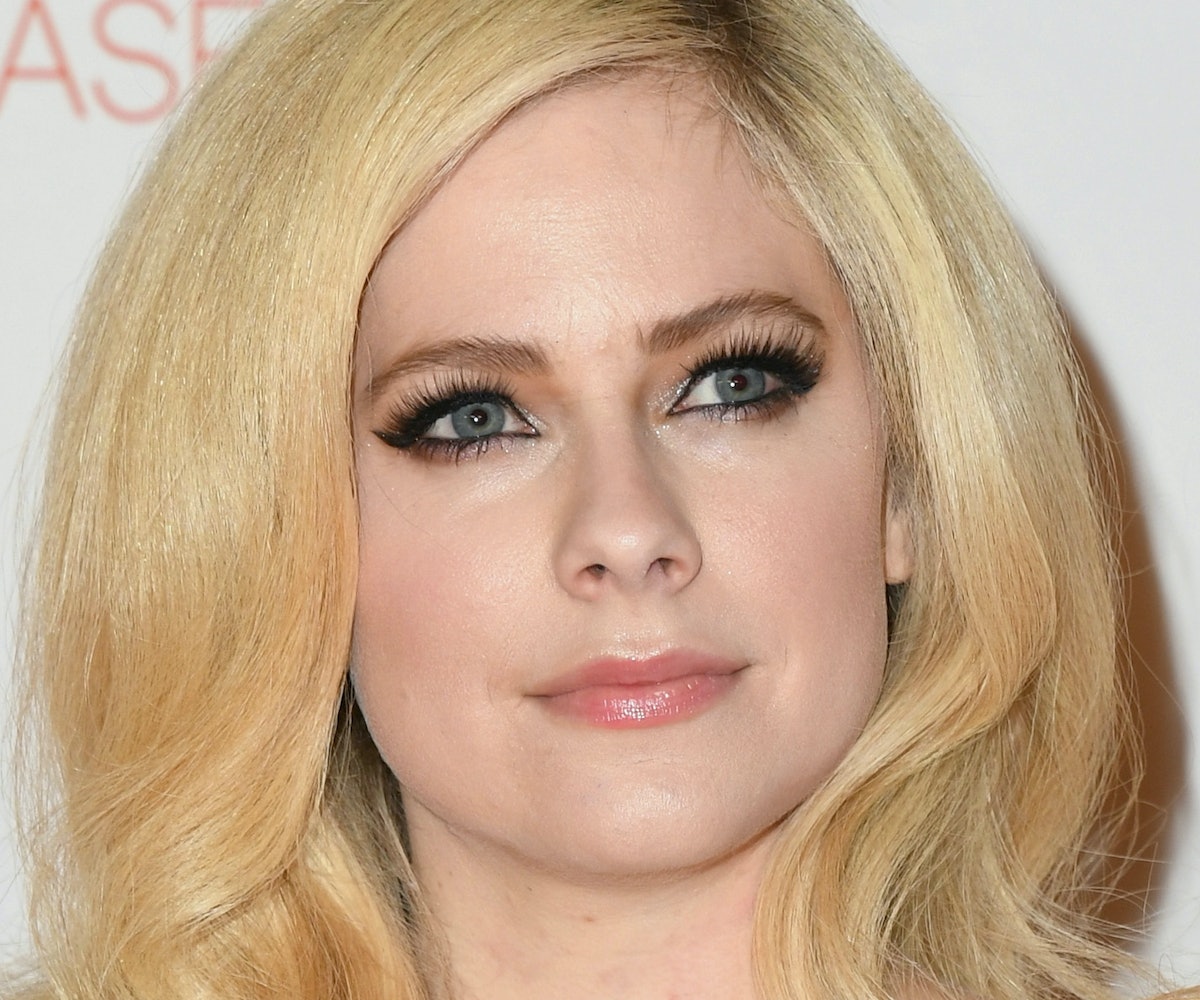 Five years have passed since Avril Lavigne's self-titled album was released, but in a letter posted to her site, the singer announced that she is back and ready to start a new era. Lavigne opened up about the reason for the hiatus: Lyme disease. She detailed that most of her time over the past few years was spent sick at home, writing, "Those were the worst years of my life as I went through both physical and emotional battles." But, according to her, she made the best of a horrible situation: "I was able to turn that fight into music I’m really proud of. I wrote songs in my bed and on the couch and recorded there mostly as well. Words and lyrics that were so true to my experience came pouring out of me effortlessly."

"Truly... by keeping my spirits up, having goals to reach and a purpose to live for," Lavigne stated, "my music helped to heal me and keep me alive." The first song Lavigne has chosen to release from her forthcoming album is "Head Above Water," a track inspired by one of the worst moments during the past few years. "I had accepted death and could feel my body shutting down. I felt like I was drowning," Lavigne noted. "Like I was going under water and I just needed to come up for air. Like I was in a river being pulled in a current. Unable to breathe. Praying to God for Him to help me just keep my head above the water. To help me see through the stormy weather. I grew closer to Him. My mother held me. In her arms, I wrote the first song that I am releasing to tell my story."

She explained that this new era will show her as more vulnerable than ever before. She also wants to be more open about Lyme disease and spread awareness. Now, fans can find Lyme prevention resources on Lavigne's site and, in the future, the singer will be announcing "an alliance with top scientific teams that will accelerate Lyme research."

Lavigne closed her letter with a promise to fans, that she will do anything and everything to be back onstage and touring, but that taking care of her body and mind will need to be a top priority (as it should be). "Head Above Water" is set to be released on September 19. We're so glad Avril's back.

Read the letter in full, here.