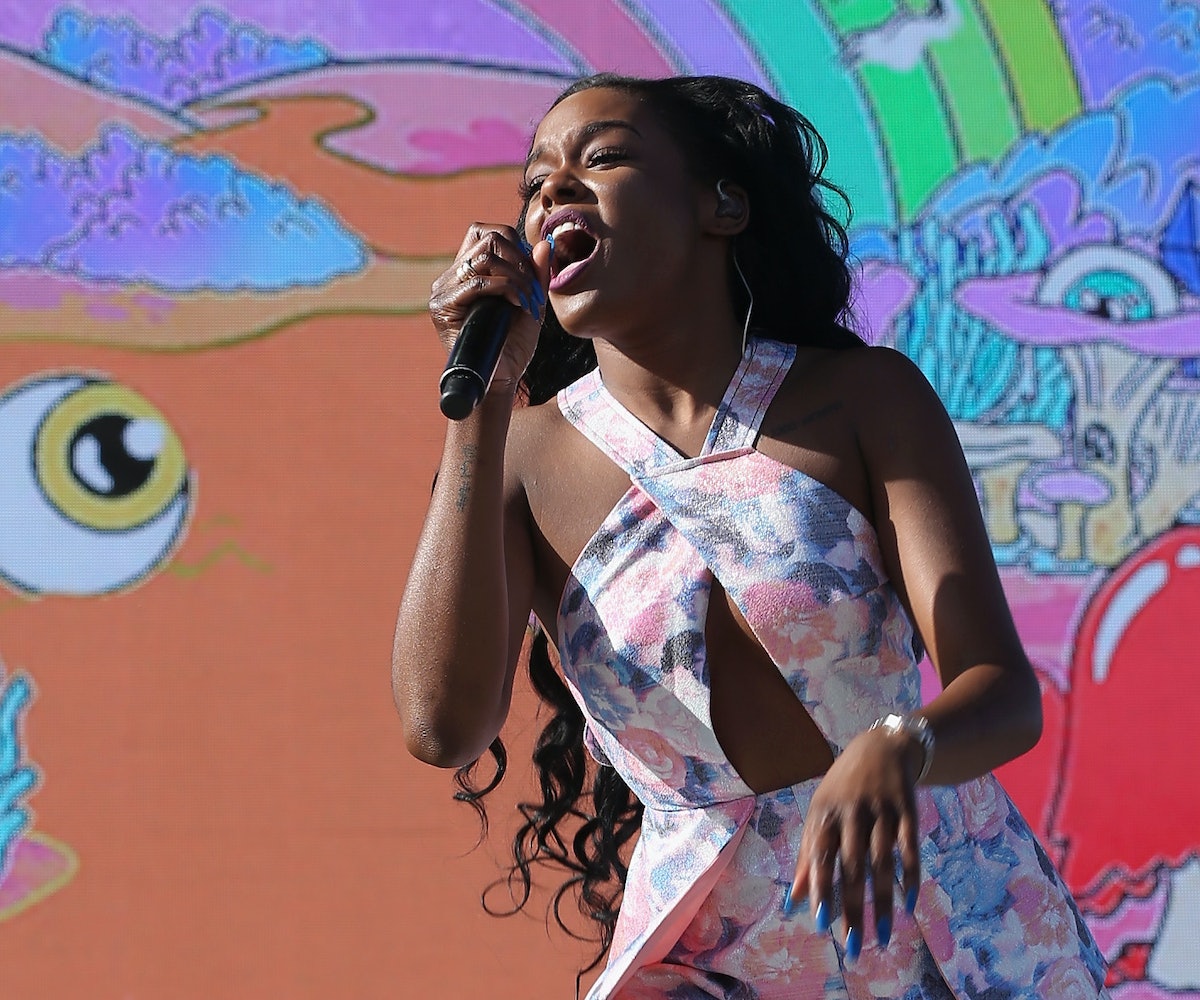 Things are not going too well in the world of Azealia Banks right now. It was only last week that we saw the singer execute a textbook Twitter meltdown after posting some very, very unfortunate comments regarding abortion. Now, she's starring in a video showing what may be an on-plane freakout complete with a homophobic slur.

Eyewitness accounts suggest that after her Delta flight from New York landed in Los Angeles, Banks attempted to disembark by pushing past other travelers, one of whom intentionally stopped her. Reportedly, Banks responded by spitting on the man and punching him in the face. From there, witnesses claim a flight attendant detained Banks by grabbing ahold of her carry-on luggage. Reportedly, this only angered Banks more.

By the time the video above starts, she is cursing at both the attendant and, soon after, one of the plane’s pilots. Shortly before the footage ends, she calls the attendant who is still detaining her a “fucking faggot.” Witnesses add that, soon after, the crew informed Banks that they had alerted the police and she made an escape.

While there is no confirmation for this story outside of what little of what appears on the video, Banks has admitted to hitting a passenger via a now-deleted Twitter post, claiming that he crossed the line first.

Currently, these seem to be the only posts possibly referring to the incident Banks on her Twitter page.

We don’t know if passengers or crew treated Banks unfairly before the video starts, but even if they did, it all stops to matter once she utters that slur. Frustration and anger are no excuse for hate speech.

Already, Banks had burned all her bridges with the gay community thanks to various past comments. This incident can only compound public doubts about her views and her character. Like we said, things are not going well in her world right now.