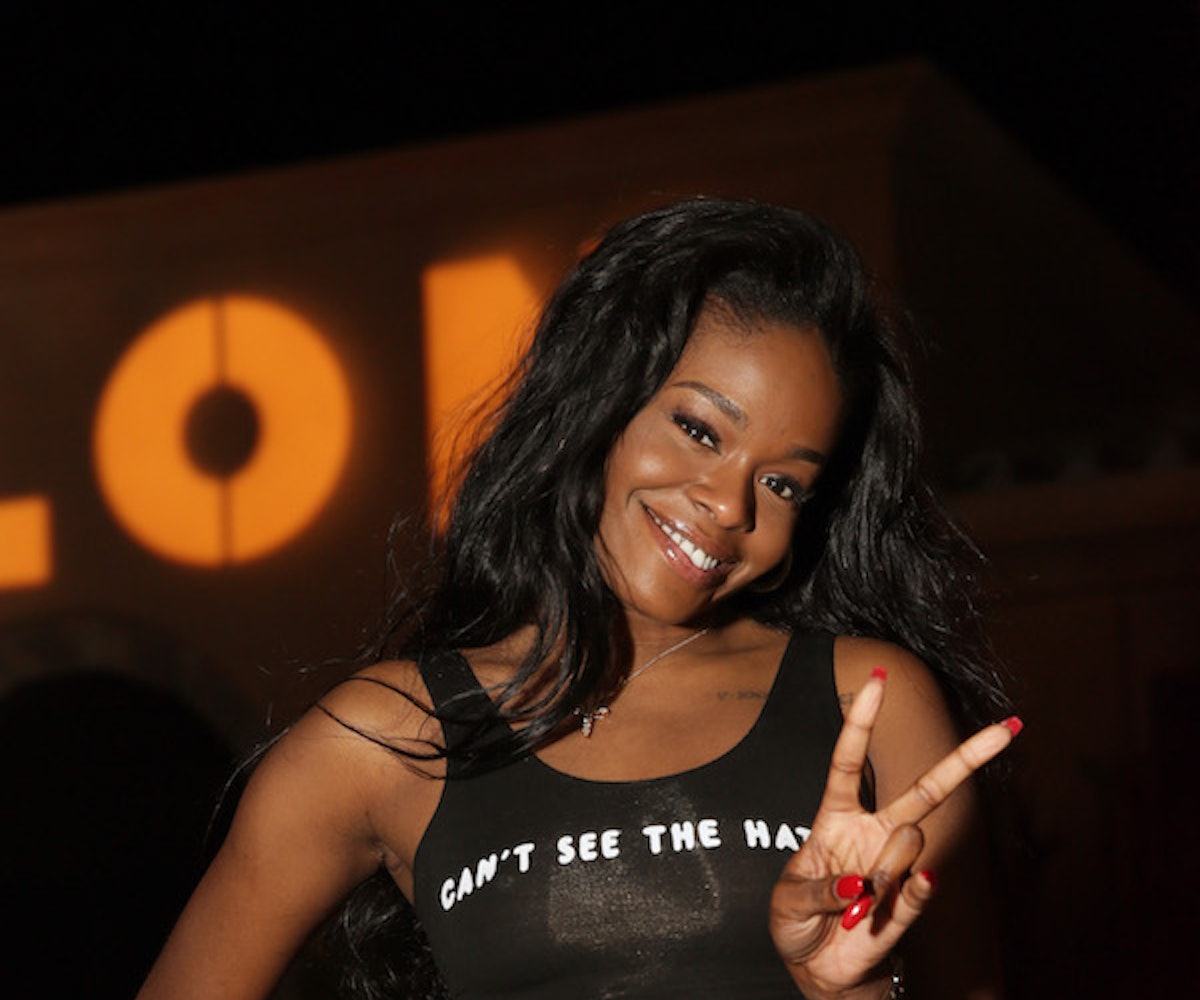 About a month after a derogatory tirade against Zayn Malik and subsequent backlash, Azealia Banks posted a 408-word manifesto on Facebook yesterday evening promising to stop using homophobic slurs and apologizing for the hurt she's caused fans. Although Banks has long been known for online rants and feuds with celebrities that are filled with highly offensive racial and homophobic language, her recent comments towards Malik led her to be banned from the Rinse | Born & Bred Festival in London and have her Twitter account suspended.

In her recent Facebook letter, she states, "Okay, I'm never saying the word f****t ever again. The amount of people that get hurt when I use the word vs. the amount of people I've said it to are just not worth it. Honestly... this isn't a cop out, it's just me realizing that words hurt." She goes on to say that she realizes that just because she's immune to harsh language and has "thicker skin than most," she recognizes that doesn't mean she "get[s] to go around treating people with the same toughness that made my skin so thick. Because, that is how people get thick skin... by being subjected to name calling/belittlement/abuse, and it's not fair."

It's a bit difficult to know how to read the note overall. On the one hand, Banks does genuinely reflect on how the language she uses is representative of the harsh life she had growing up and that she shouldn't be perpetuating that kind of damage and difficulty. She also says that this language isn't representative of her true self, noting that, "By using those words I paint a picture of myself that isn't the true me. I paint the picture of my upbringings, my neighborhood, my pain, and my misfortunes... I paint the picture of someone who is used to suppressing things, and being defensive." She also seems genuinely sorry that she has hurt her fans and has let them down on numerous occasions, and is appreciative of those who "saw the beauty in me and have stuck around this far."

On the other hand, there are parts of the letter that make it seem more like an apology for the sake of an apology. For one, although she apologizes to her fans for any hurt she's caused, there is no recognition of how homophobic slurs, in particular, are damaging, and there's no apology toward the gay community or anyone else who she has targeted with her derogatory language. Rather, much of the letter is spent talking about the Banks she believes she is (sweet, kind, caring, and generous) versus the Banks she portrays, and how she recognizes that her behavior is threatening her career. And, while seeing that could genuinely bring her towards a better path, opening with a line like, "The amount of people that get hurt when I use the word vs. the amount of people I've said it to are just not worth it," makes it seem as though she'd continue using offensive language if she didn't get called out for it. Is she aware how truly damaging homophobic slurs are to real, human people, or just how poorly it reflects on her and her career?

Check out Banks' full comments below, and let's hope this is the first step towards her using her star power to radiate good.