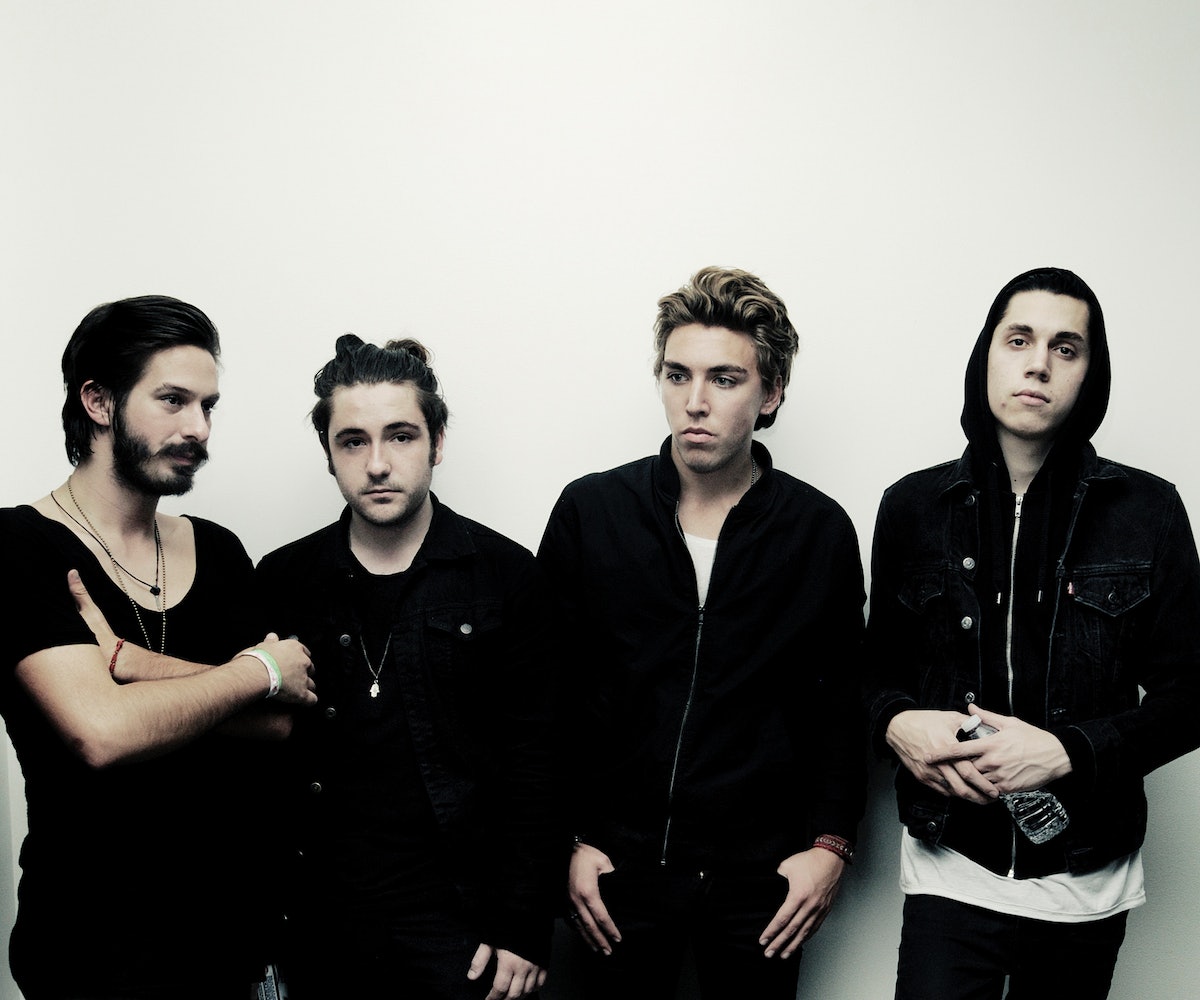 You could say a change of heart is the reason Bad Suns came to be. Vocalist Chris Bowman, bassist Gavin Bennett, and drummer Miles Morris had been playing together for a bit under a different name when Bowman had a sudden realization: "We were making music that just wasn't fun at all--and playing it didn't feel fun anymore. It was pretty much a different style of music," he says, adding, "One of our last shows, afterwards I had--not a breakdown, but I had this breakthrough of, 'I don't want to do this anymore. This sucks.'"

What happened after was a long gestation period--after all, the three musicians liked playing together, they just didn't like what they were playing. After what Bowman describes as "a really trying process," they finally landed upon a sound they liked, a guitarist (Ray Libby) the trio meshed well with, and a name to summarize it all: Bad Suns. Two years later and the Cali four-piece are about to release their debut EP Transpose through the iconic indie label Vagrant Records and have embarked on a cross-country US tour.

So yes, it seems like that period of reflection did them well. Especially since the end result--the band's sound--is the sort of rock that we just never get enough of: anthemic without being soulless, hard-driving while still having a heart. Tracks like "Cardiac Arrest," which is pretty much guaranteed to be a hit, are the perfect blend of old and new, where you almost think you've heard it before. It's like The 1975 if they grew up in the West Coast sunshine (no surprise that Bad Suns have opened up for Manchester group).

And not even Bowman can believe it: "It's pretty wild, I have to say, because we've been playing for so long together. It's been such a slow, gradual build, but it's felt comfortable every step of the way. When you sign a record deal you kind of get blown away and see how far you've come. It's been nice to be like, 'OK, that's what happens when you work hard.'"

Transpose comes out January 21, but we've got an exclusive early stream right here--listen to it below, and then check out a very special playlist Bad Suns put together for us, featuring the bands that they're crushing on right now.