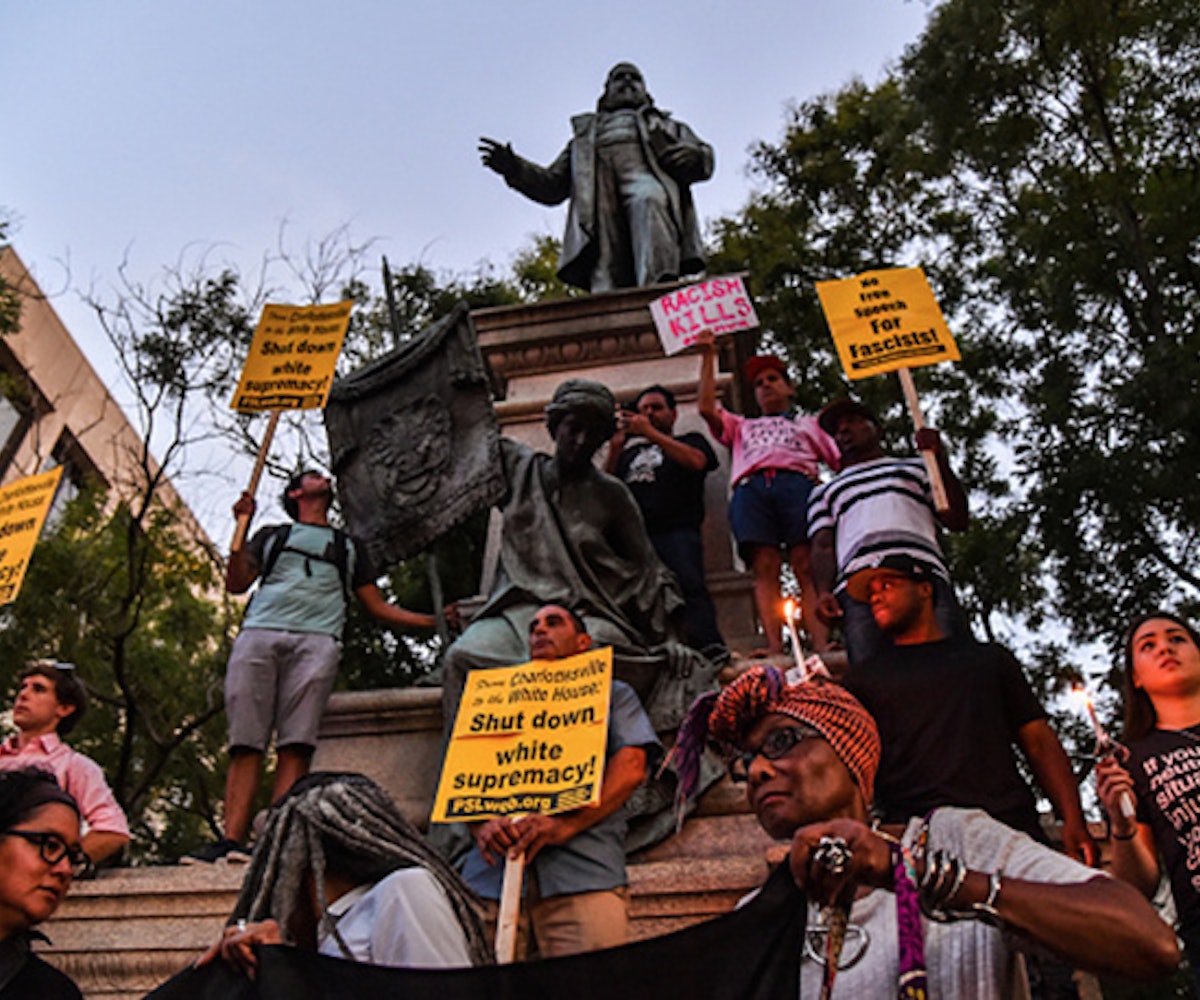 Last night, Baltimore crews worked to remove all of the city's Confederate monuments. They took down four statues in total, including a statue of Robert E. Lee and Thomas "Stonewall" Jackson.

After the violent white supremacist rally in Charlottesville, Virginia, over the weekend that left one counter protester, Heather Heyer, dead, Baltimore City Council passed a resolution on Monday night calling for the immediate deconstruction of these monuments, CBS reports. The Charlottesville rally began with white nationalists protesting the removal of a statue of Robert E. Lee.

Yesterday, Donald Trump defended the neo-Nazis in Charlottesville, calling many of them "fine people" and claimed they were protecting history by wanting to preserve the monument. “This week, it is Robert E. Lee and this week, Stonewall Jackson. Is it George Washington next?" he said. "You have to ask yourself, where does it stop?” Trump claimed that removing the statues was "changing history" and "culture."

Only, Lee and Jackson were leaders of the United States' secessionist movement who wanted to preserve the institution of slavery, while Washington (who did hold people in slavery) was one our nation's founders and its first president.

All other cities should follow Baltimore's lead. As Don Lemon pointed out on CNN, a black person visiting a monument or park named after Confederate leaders is the same thing as Jewish people in Germany attending Hitler High School. "Can you imagine having to go to a school that has the name of your oppressor on it?" Lemon

. "That would be completely offensive to you on the deepest level, and that's how people of color feel in this country when we have to deal with figures like Robert E. Lee, like Confederate flags. It's no different from flying a swastika."