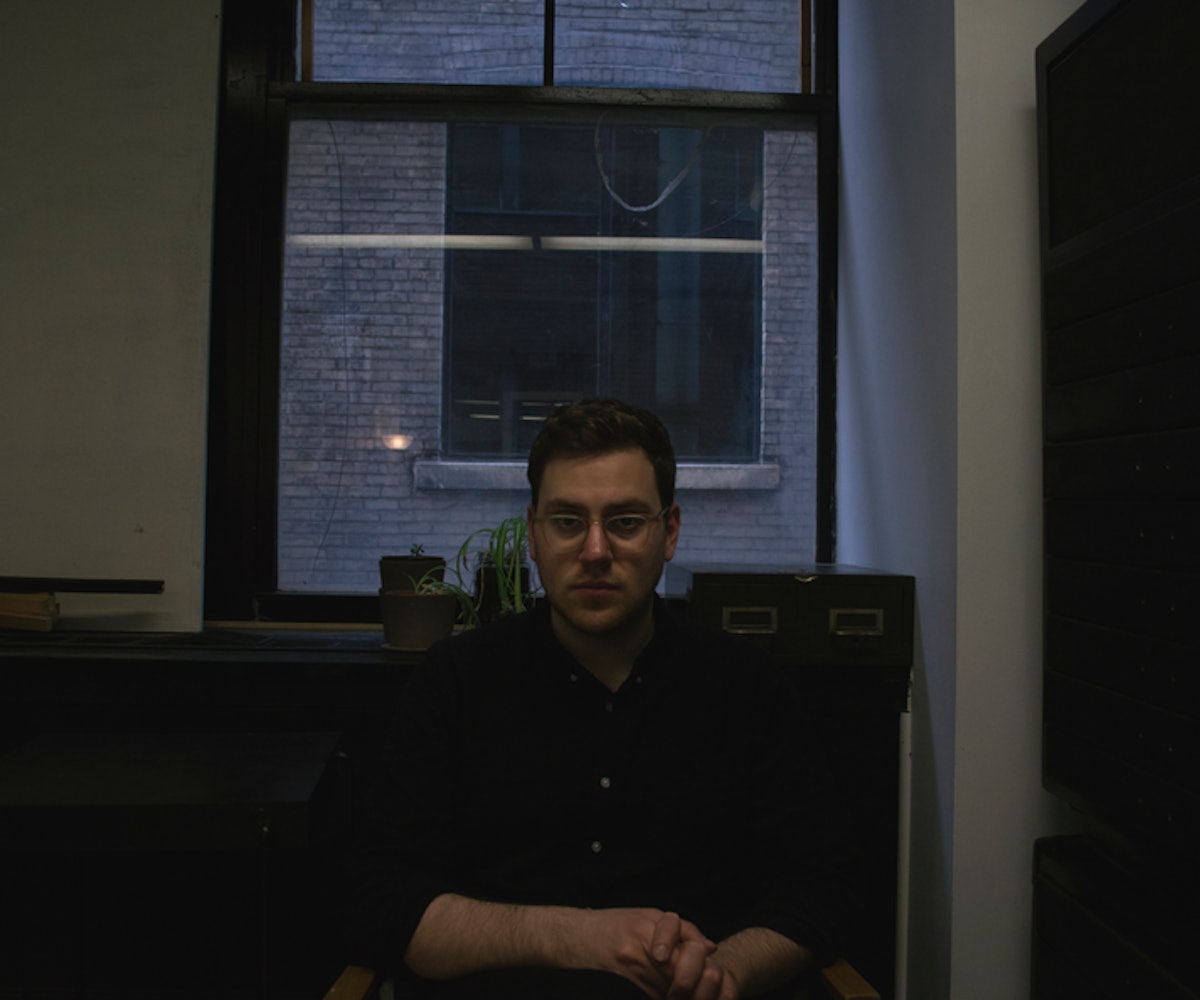 Mike Silver began experimenting with music on the family computer, and since then his sound has evolved, swerved, and mutated. But as CFCF, the Montreal-based musician who made his name producing moody, beat-driven electronic music, a throughline spiritually connects all of his songs. "Gentle," is how Silver describes it to us. "It tends to change as I hop from genre to genre depending on what I want to do, but it seems there’s always some thread of gentleness across everything. I guess I like to soothe."

Silver's latest album, Radiance and Submission, which is out today, is his most soothing yet. Abandoning the drum machines that have characterized much of his previous work, Silver goes the ambient route, crafting a record that is all pastoral guitars, gauzy vocals, and other evocative, myserious sounds. Yes, it is gentle, but it also ambitious, and the work of an artist unafraid to try new things.

Gentle, haha. I don’t know that I subscribe to one particular aesthetic, as it tends to change as I hop from genre to genre, depending on what I want to do, but it seems there’s always some thread of gentleness across everything. I guess I like to soothe. I don’t really go for abstraction; I like when the humanity is very present, and I want my music to feel true to life, organic, and intuitive.

I had been fooling around making music on FruityLoops on the family computer for a long time, eventually putting stuff on my MySpace page when that was the thing to do. I entered a remix contest through which I met my buddy Patrik who runs Acephale Records, and he liked my stuff and offered to help me out. He put out my first real record, the You Hear Colours seven-inch. From there, it’s just been a gradual process. I’m lucky how it’s panned out so far.

Hopefully, in a similar place but just a bit more financially stable, heh. I have a lot of time to concentrate on where I’m going next with my music, and I don’t want that to change. I’d like to play more DJ sets, as it’s something I miss since my music took a more ambient turn. Admittedly, the stuff I’ve been working on is more in the dance-music arena, so we’ll see.

I’ve got some scoring projects lined up for film and art. Always working on new music, but it’s too early to say what form that will take. I tend to pull myself in a hundred different directions and only know when I have something through constant editing, jumbling of potential tracklists, etc. Definitely I will have another new album within a year though, as well as a house 12-inch.

Just happy to have been able to release the music I have, and to have worked with such great people across a plethora of amazing labels. Happy to have met so many wonderful people in cities I’ve played all over who have been supportive and kept in touch. Happy to have made friends with so many incredible artists.

I’d prefer not to live with a roommate, especially a famous dead one.

I’m still in the process of getting my license, and it’s a long process here in Quebec. But I imagine I’d split it into daytime and nighttime music. Daytime: “Jumbo” by Underworld. Nighttime: “The World Spins” by Julee Cruise.

Ryuichi Sakamoto. He has been extremely prolific and has made releases across a variety of styles. I like that across these releases there is also a huge range of tone, from silly and throwaway to super-serious. It never feels like dabbling, because his pedigree comes correct. Obviously, I don’t have that classically trained pedigree, but I admire him for everything he does and try to emulate his approach. Try to just have fun with music, even when I’m making something very demure and brooding.

The actual “most fun” era would probably be if I was like a surfer bro in the '90s, or something. Seemed like unbridled fun. Riding waves, catching rays, brews on the beach, the sun shining on my long, blonde hair. The surfer bro was truly king in those days.

It’s nice to chill out at night on the balcony with a beer and listen to '80s quiet storm R&B on a boombox real quiet.

Just a typical joke-y high-school dingus. Not like a class clown, but I definitely thought I was pretty funny. I wasn’t disruptive in classes, but I’d wait until I had something I thought was real clever and blurt it out. I was in bands with my friends, singing and playing guitar. Messing around in the hallways. I got good grades though, except for phys ed.

I was a picky eater from childhood up until I was like 22. Now, I eat everything. I have no food fear. I love it all. I am proud to have overcome that.

I don’t have anything that could be classified as a true phobia, but like most people I am afraid of dying suddenly. So, I’m afraid of things that could cause me to die, especially if it were in an embarrassing manner.

There’s nothing ultra-serious about me, to be honest. I take things as seriously as I joke about them. I take the things I like (music, movies, comedy, books, food, etc.) seriously, but it’s not life or death stuff. I get really grumpy when I do the dishes. I need like 30 minutes to decompress after that.

I wass thinking about taking up tennis the other day. But you have to run after this errant ball all the time, that seems like a pain.

What are some of your favorite Internet memes of all time?

I never get tired of the “high guy” photo. That face is incredible.

I’d like to approach instrumental music with more honesty and not to pick it apart as much. More intuition, less thought. And to try to keep learning new techniques and approaches, to take myself out of the process more.

My life philosophy is I wander around with my eyes unfocused casually bumping into things.