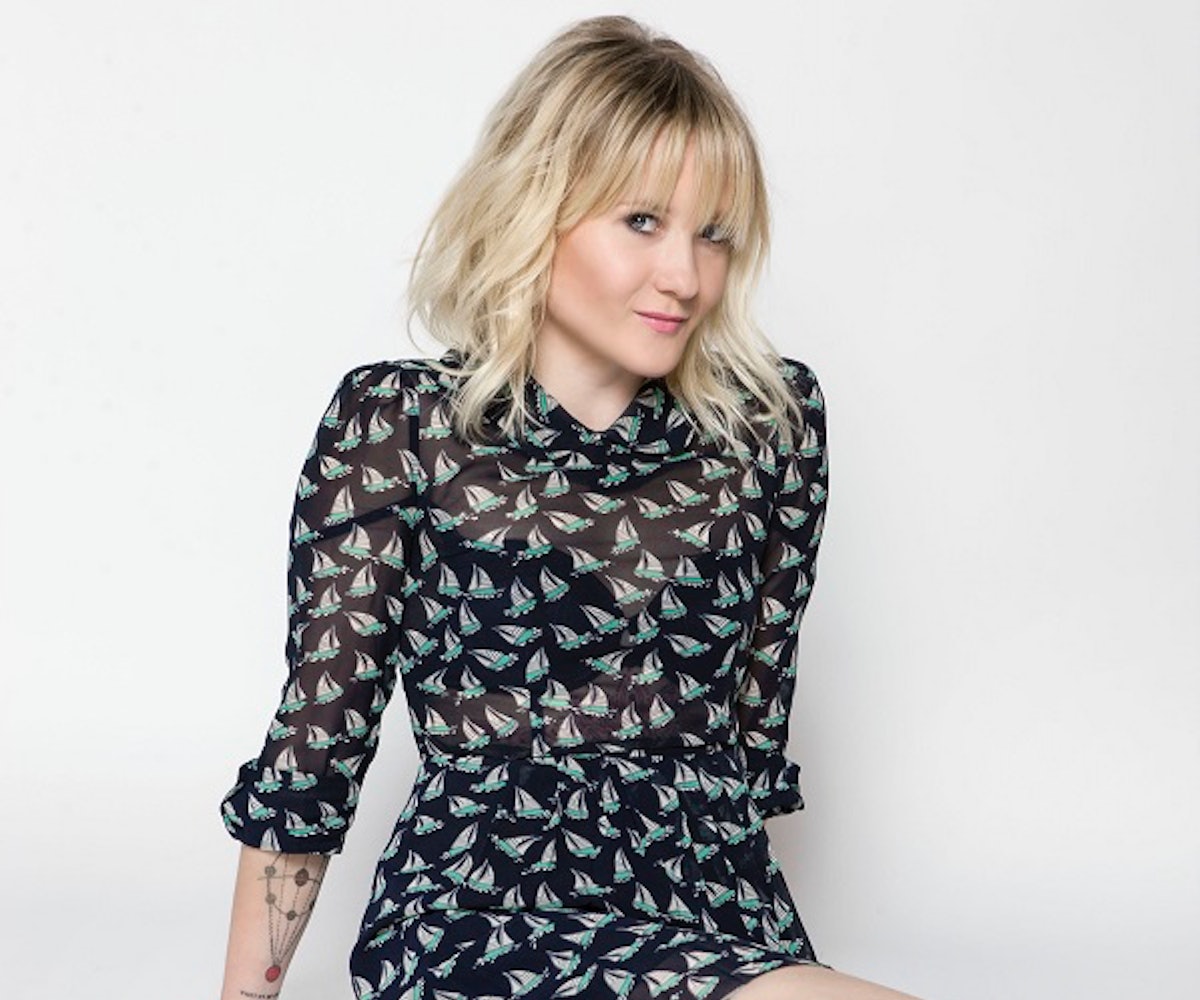 Julian Moon was studying screenwriting in Los Angeles when an open mic night lured her in. The Salt Lake City native, who taught herself how to play guitar when she was 16, discovered that performing onstage in front of audiences allowed her to connect with people in a way she never had before. Flash forward to present day: Moon, after signing with Warner Bros., is preparing for the release of her debut album, Good Girl. Out on March 24, it's collection of pop songs about the struggles that led her to where she is today. Below, we premiere the title track off her album and get to know her a little better.

Hipster-pinup. Half of me is a super-girly. I love dresses, bows, lace, and bright colors. I love feeling put together and polished. The other half of me loves wearing sweats and baggy sweaters with no makeup on. I used to struggle between the two, not knowing which one to go with, until I realized I can do both.

When I was 16 I heard Jason Mraz do an acoustic version of "The Remedy" on the radio. Something about his performance flipped a switch on in my brain. That day I grabbed my dad’s guitar and begged him to teach me how to play it. I locked myself in my room for months, teaching myself how to play and sing by learning Jason Mraz songs and writing my own. I was instantly hooked and haven’t been able to stop singing or playing ever since.

Headlining a sold-out world tour, working on my third studio album, and collaborating with some of my favorite artists. A bonus would be starting the process of getting my PhD in mythology, but one step at a time.

Right now I’m really just focusing on releasing my debut album, Good Girl. The video for “A Cup of Coffee” is set to release soon. All my energy is being put towards getting the word out and the music heard, and getting people excited about this album that I’m super proud of.

I would love to be roommates with Amy Poehler. I think it would be super fun to come home, pour a glass of wine and just banter and BS with her.

I would love to be known and respected for my songwriting and my storytelling. Ricki Lee Jones, Tori Amos, and Fiona Apple are all incredible and I would die of happiness to be grouped in with the likes of them.

I love napping on the beach and walking around the city for hours on end without headphones. Just observing the world, watching people, and hearing the sounds of the city are inspiring and very humbling. I also really love organizing my closet.

Lately I’ve been winding down by praying and setting intentions. Things get really crazy, I get really busy and I am easily stressed out. When I pray/set intentions all the chaos melts away and I am able to get back to the core of who I am, and remind myself why I’m doing what I’m doing.

I was the quiet shy girl who couldn’t wait to go to college. I had a really hard time connecting with other kids until I learned how to write songs. Once I figured out how to write, things really started to shift for me.

I am terrified of heights! It used to be really hard for me to walk up stairs. I’ve gotten better but sometimes really high places still make my knees wobble.

I would really love to get more into cooking and baking. I’ve done a little here and there, and I know how to cook the basics, but someday (hopefully soon) I’d love to actually take the time to cook and bake quite a few meals out of some cookbooks I’ve acquired over the years.

I really hope to grow in my storytelling. Finding and creating stories that matter and help to shift viewpoints for the better. I want to write and perform songs that say something, songs that help people feel less alone and more understood. I also really want to grow spiritually. I’ve noticed that when I creatively operate from a spiritual space, my music has a lot more depth. I hope to further that connection, so I can continue to write songs that mean more and hold more weight.

One of my favorite songs on my upcoming album is called “Just Go With It”. There’s a line in the pre-chorus that goes, “Life happens when you’re busy making plans, when it all falls apart put it in God’s hands." This has been my motto for the past two years, and it’s still ringing true for me to this day.