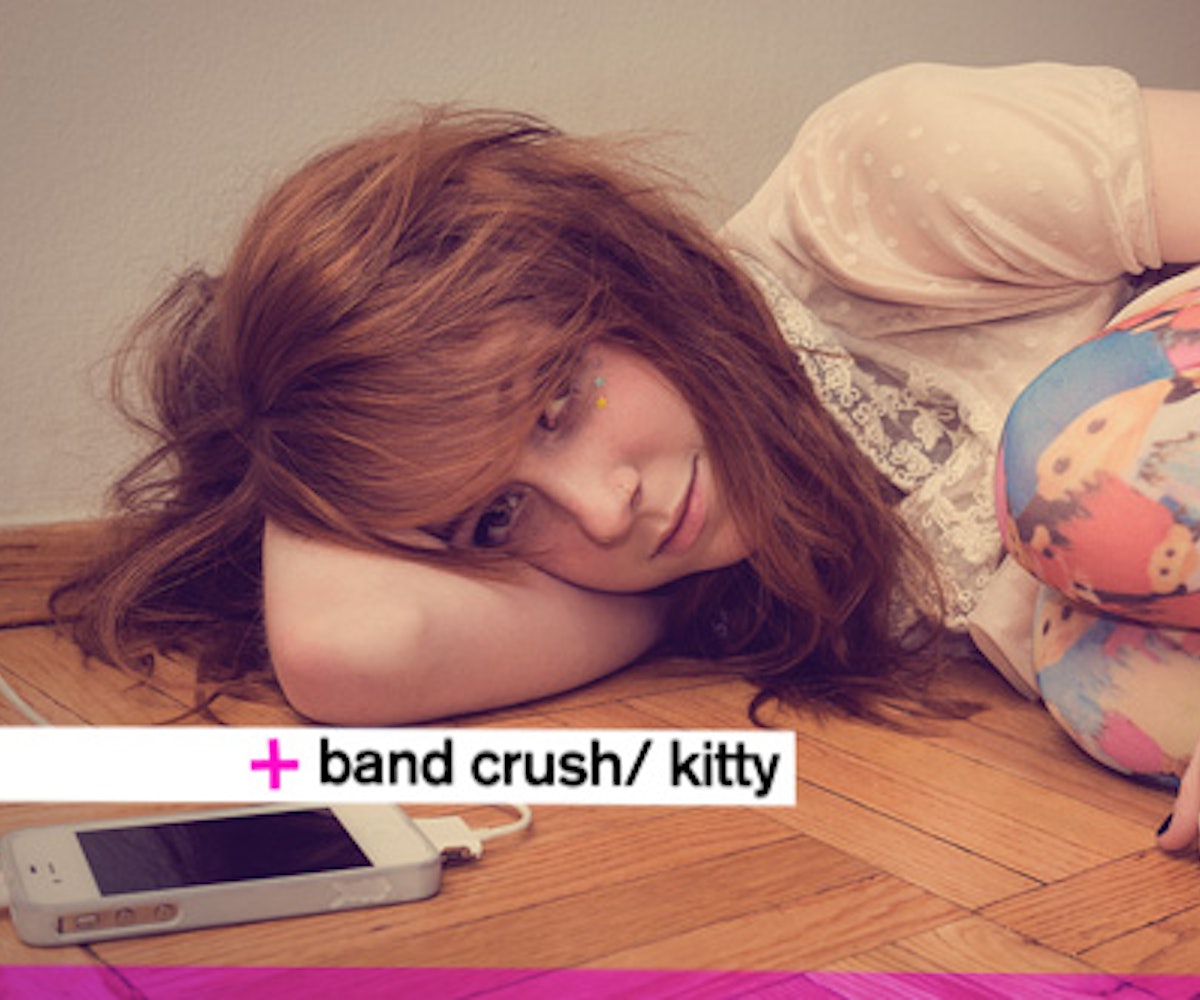 Other than the fact that her new album Daisy RAGE drops today—there's a few things that you need to know about Kitty (who no longer goes by Kitty Pryde): None of her songs are about Danny Brown, she's not dating Riff Raff (phew), and she didn't get this smart from just reading the internet or watching TV—rather, she's a longstanding, avid NYLON reader. While rap music's other leading females are busying dropping dis tracks and hitting the club, Kitty is busy starting a fictitious coalition for change. Before you get buried in her new album, read our one-on-one with our teen idol.—RAY SIEGEL

Why did you change your name?

Are you starting to get more serious about music now?

I'm not necessarily making music that's more serious, because the whole point of it is to have fun. Now that it's turning into more of a career, it's easier because I have more resources and it's easier to spend more time doing this. Ever since I started performing live—at first I was fucking terrified—but now I think it's so much fun and I just want to keep doing that. And I want to grow. That sounds kind of lame, but I just want to learn to do things better, so that I can do it more often.

So how does it feel to be endorsed by all of these great rappers?

It's a really big surprise. I guess you never expect anyone you look up to to ever notice you, but when they do it's the coolest thing. There's definitely been times when I've teared up reading things that people that I look up to have said. Everybody who is my favorite artist—those ones that are still alive and around—they've all said nice stuff to me, unsolicited, so it's actually really awesome.

You once accused yourself of being a terrible lyricist. Do you still think that because I think you're a pretty good one.

I've never actually thought that I was a terrible lyricist. I thought that the songs that people were seeing had terrible lyrics. And I though, Dude, don't judge me on this. I never liked any of my songs. Like, “Ok Cupid” was the one that everybody was making a big deal about and I just thought that it was so bad I was like, 'Please stop paying attention to this! Don't listen to this song—it's so shitty.' I didn't think anyone was going to hear those songs, so I didn't put any effort into writing them, you know? But this time around I didn't want people to think that I don't put any effort into anything. I can write lyrics if I want to, but I just hadn't been and now I am. I produced all of my old songs myself, but this time I went to an actual studio and there with an engineer. He is a friend so it was pretty chill, but it was definitely not my closet. It was weird having someone say, 'There was an entire part you messed up. You need to do it again.' The album came out the way I wanted it to because it doesn't sound like I sat down and tried really hard.

How do you decide what you want to rap about?

It's a whole group of people that have never been represented in hip hop before. I wasn't even really going for that when I started. I was just thought it was funny. I mean, girl rappers are still talking about being bad bitches and fighting other girls, and going to the club. At first I thought it would be a joke, but then I realized so many people didn't realize I was joking and little girls would be like, 'Oh my god, she's just like me!' It was cool because I would use MF Doom beats and then these 16 year old girls would hear it and then look it up and like it, so it's cool that I'm introducing people to good hip hop. As much as some people who really love hip hop hate that I do that, but I still think it's cool.

Why do you think they're opposed to broadening rap's audience?

People who think that only certain guys or only people with a certain level of appreciation for lyrics can listen to rap. I don't even understand why they care at all, but there are definitely people who are like, 'White girls are not allowed to rap.' It's so confusing.

So you're saying I might  not be one of three girls in the audience at the next rap show I go to?

Hopefully it's a coalition for change. I'm about to start that foundation.

What's the foundation going to be called?

It's the 'Coalition For White Girls at Rap Shows.'

I couldn't help but notice that you name drop NYLON in a song on your album.

I read it all the time in middle school and high school. I wasn't allowed to use the internet when I was younger because my mom wouldn't let me, which is totally ironic because look at me now. I would just buy actual physical magazines and NYLON has always been my favorite.

Is there something that you feel like your fans misunderstand about you?

None of my songs are about Danny Brown. I'm not dating him. I'm not dating Riff Raff either. Where did that come from? Also, the fact that people think that they can send me really long emails that are like, 'Listen Kitty, here's what I think you should do to make your career better.' Just don't do that anymore, man. No more emails. I know what I'm doing. I got this. I'm good.

Last week we leaked the first song off of her new album, "Ay Shawty," , but now you can download the entire album here.